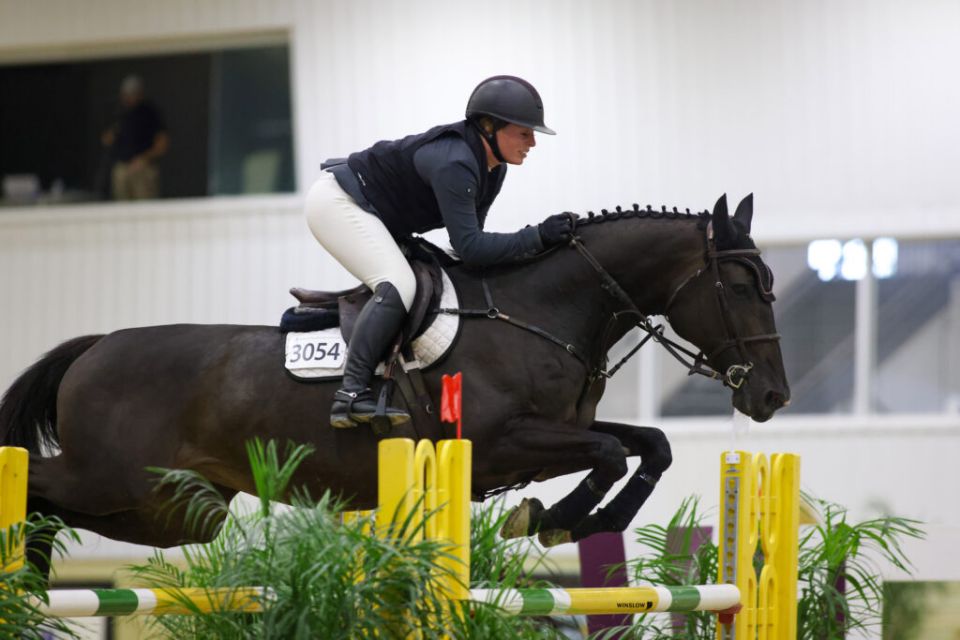 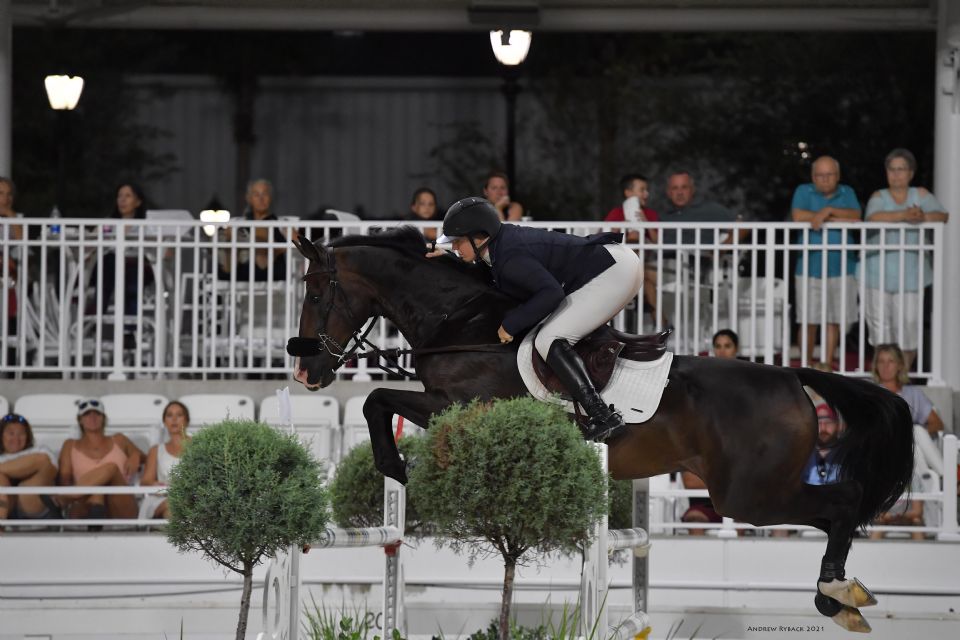 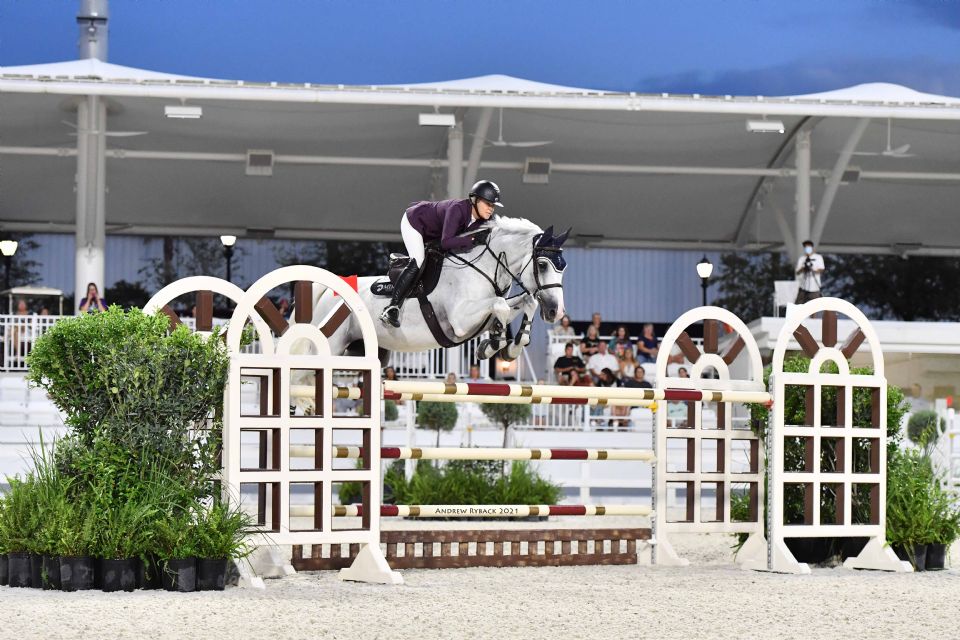 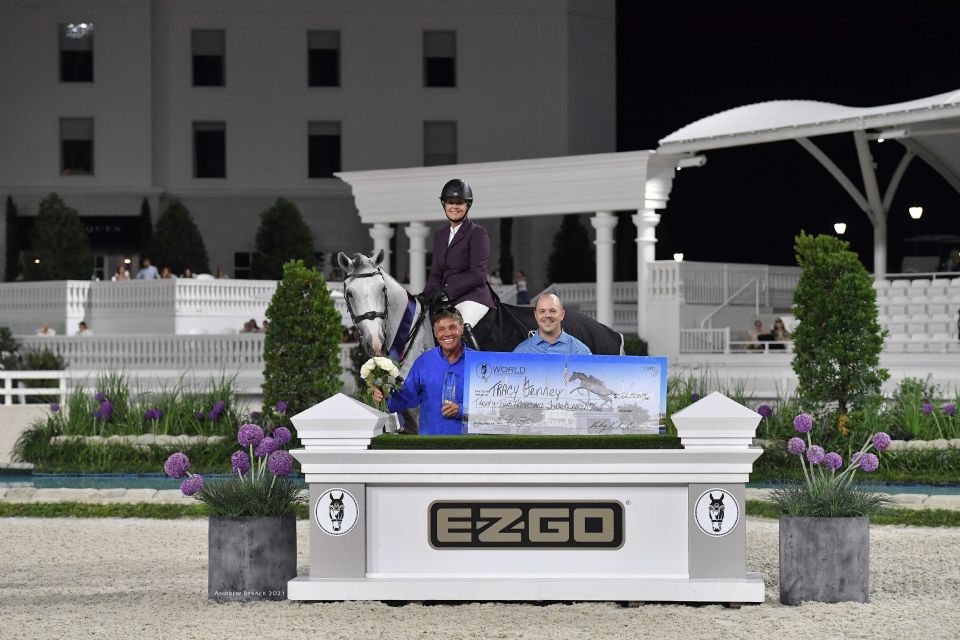 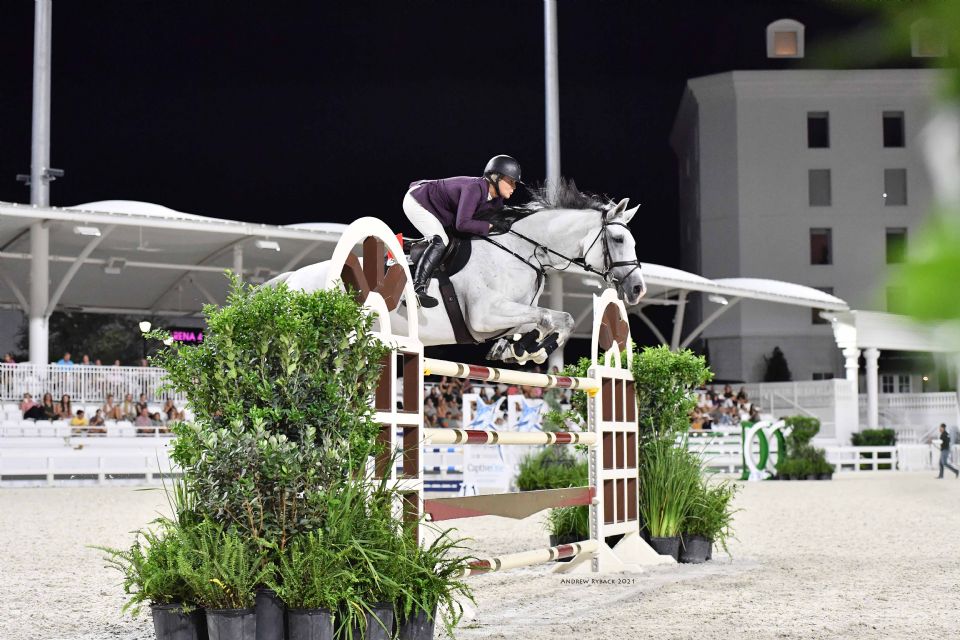 An additional $5,000 was awarded to Olympic team gold medalist Will Simpson (USA) and Chacco P, the pair that jumped the fastest four-fault round of Saturday night’s $75,000 E-Z-GO Grand Prix, in 69.580 seconds. The non-award winning entry that received the Luck of the Draw $5,000 prize was Kris Killam (USA) and Gangster CHS.

“She has a big stride and is very brave," Abrahamson said of her winning mount. "I took a chance with her on the bigger jumps because I know if she has a good pace to support it she will do great. Today I left strides out in the rollbacks, and that really helped us.”