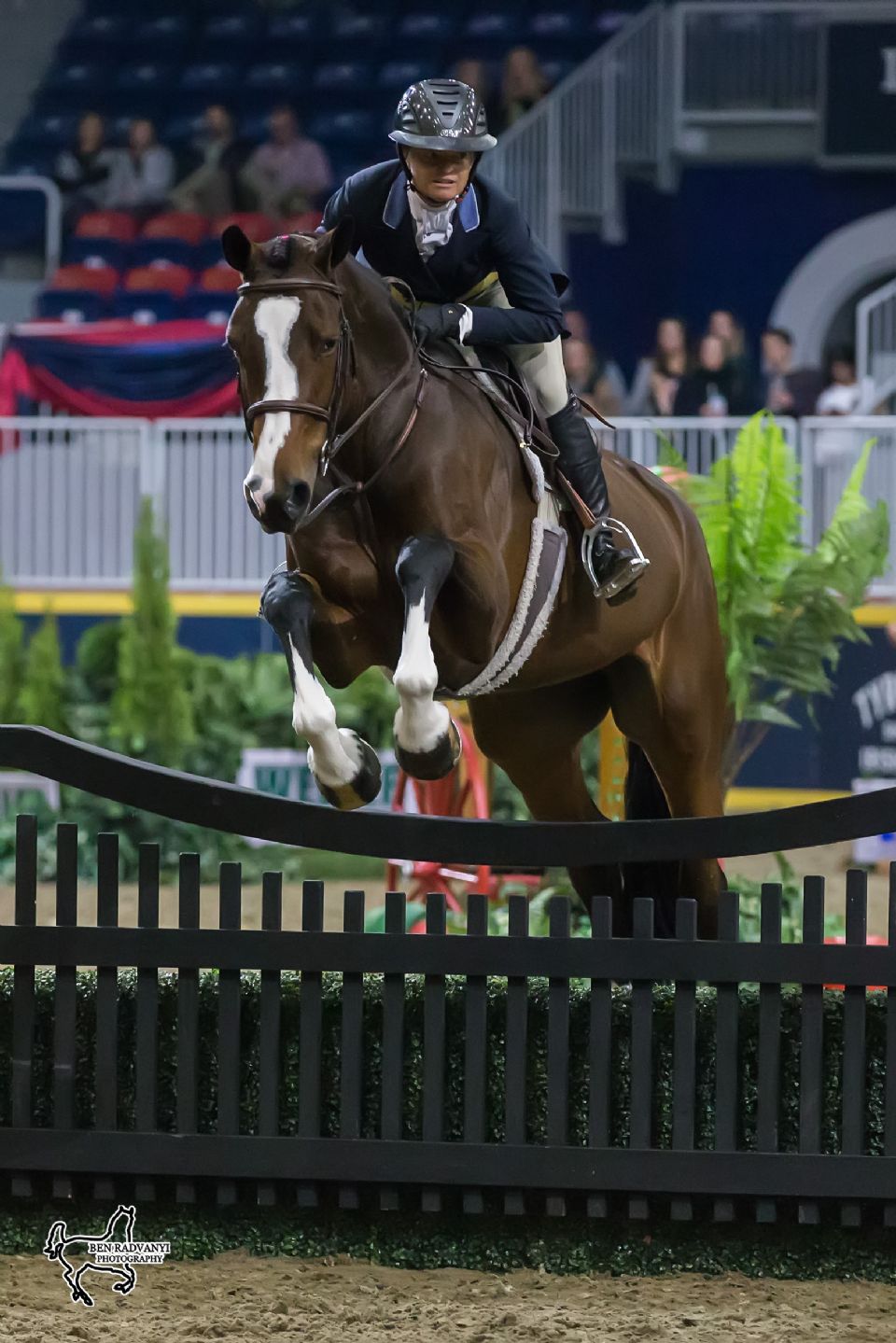 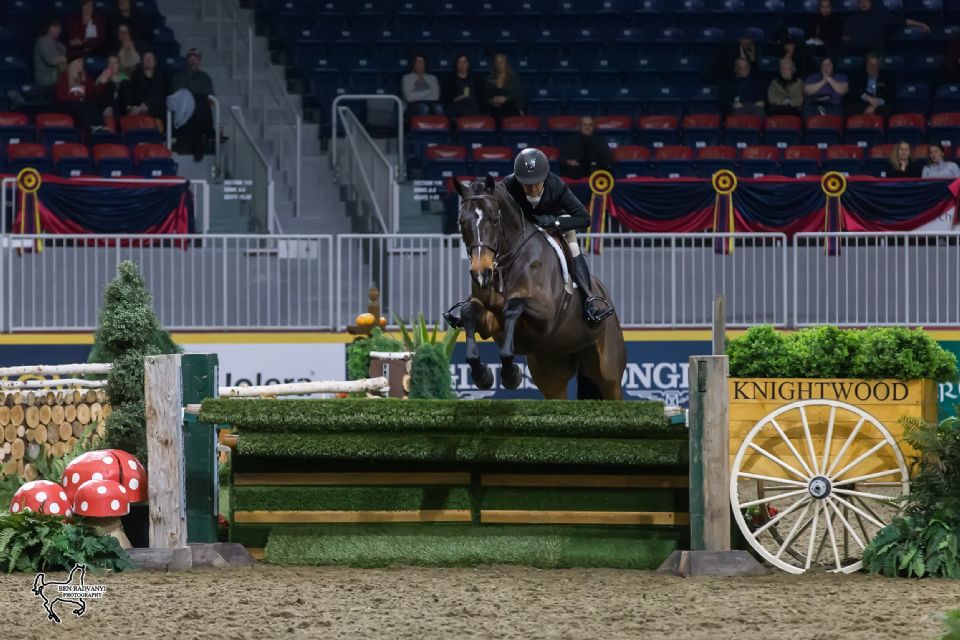 Darcy Hayes of Aurora, ON, finished in second riding Say When, owned by Danielle Trudell-Baran.
Photo by Ben Radvanyi Photography

Erynn Ballard of Tottenham, ON, and Enchanted won the $25,000 Knightwood Hunter Derby on Tuesday, November 7, at the Royal Horse Show, held as part of the Royal Agricultural Winter Fair in Toronto, ON.

Ballard and Enchanted, a six-year-old mare owned by Christel Weller, entered the Ricoh Coliseum as the penultimate entry.  Judges Chance Arakelian of Rancho Santa Fe, CA, and James Clapperton of Morriston, FL, awarded Ballard and Enchanted a base score of 90, nine handy bonus points, and the maximum ten bonus points for jumping the higher height option fences set by course designer Rob Carey of Vineland, ON.  With an impressive overall score of 109, the pair shot to the top of the leaderboard by a large margin.

With one entry left to contest the hunter derby track, all eyes were on Darcy Hayes of Aurora, ON, aboard Say When, who had emerged victorious in the $15,000 Braeburn Farms Hunter Derby held Sunday, November 5.  When the pair posted a score of 99 points, the win went to Ballard by a considerable ten-point margin.  Brent Balisky of Langley, BC, and Class Act, owned by Wendy Valdes, rounded out the top three with a score of 97.5.

“My focus in the derby is always to get the highest hunter score that I can get because that’s out of 100,” explained Ballard.  “Your handy and your high options are out of 20, so, I’m always trying to aim for 100 and the rest is icing.  Tonight, I didn’t want to jump the big combination.  I thought it was very impressive for a six-year-old, and it was off a short turn.”

However, with riders contesting Tuesday night’s class in reverse order of their placings in Sunday’s $15,000 Braeburn Farms Hunter Derby, Ballard knew she had tough competition entering the ring behind her in the form of Hayes and Say When, owned by Danielle Trudell-Baran.

“I was so good up to that point, I risked it all to be first,” said Ballard, 37, who is competing at the Royal Horse Show for the 29th time.  “If I had jumped the low option, I was probably going to be second losing those valuable points.  Enchanted stepped up her game; she was super.”

For the victory, Ballard and Enchanted were presented with the Paddy Ann Burns Trophy.  Enchanted earned the Lorna Jean Guthrie Challenge Trophy for the Canadian Hunter Derby Champion as the high point horse in both the $15,000 Braeburn Farms Hunter Derby and the $25,000 Knightwood Hunter Derby.

“She is a very special horse,” Ballard said of Enchanted, purchased a year ago through Paul Hendrix’s Dutch Sport Horse Sales auction in The Netherlands.  “She’s very sure of herself for a six-year-old.  To go into that pressure situation and to do so well is great.  She was a stand-out tonight in the class.”