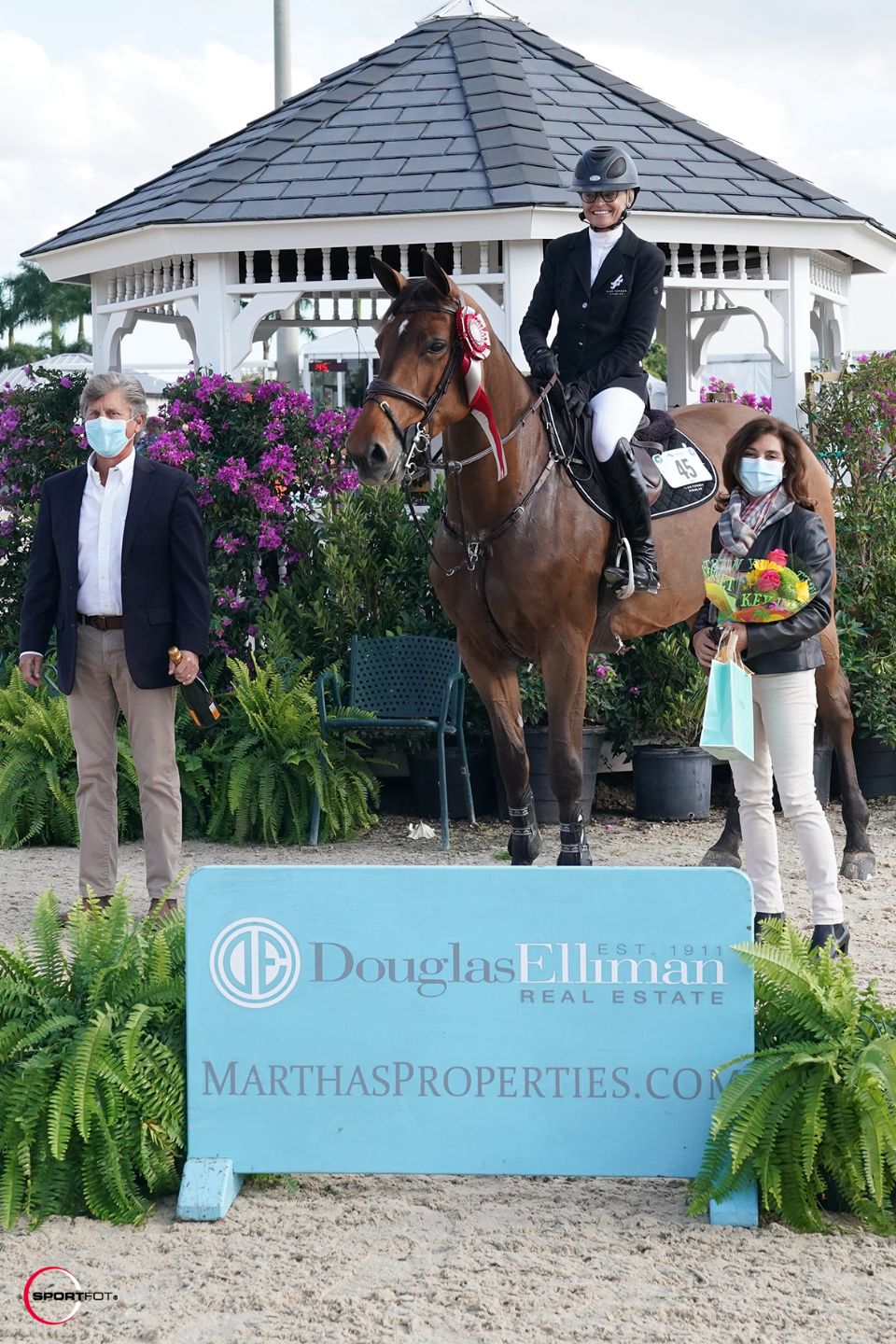 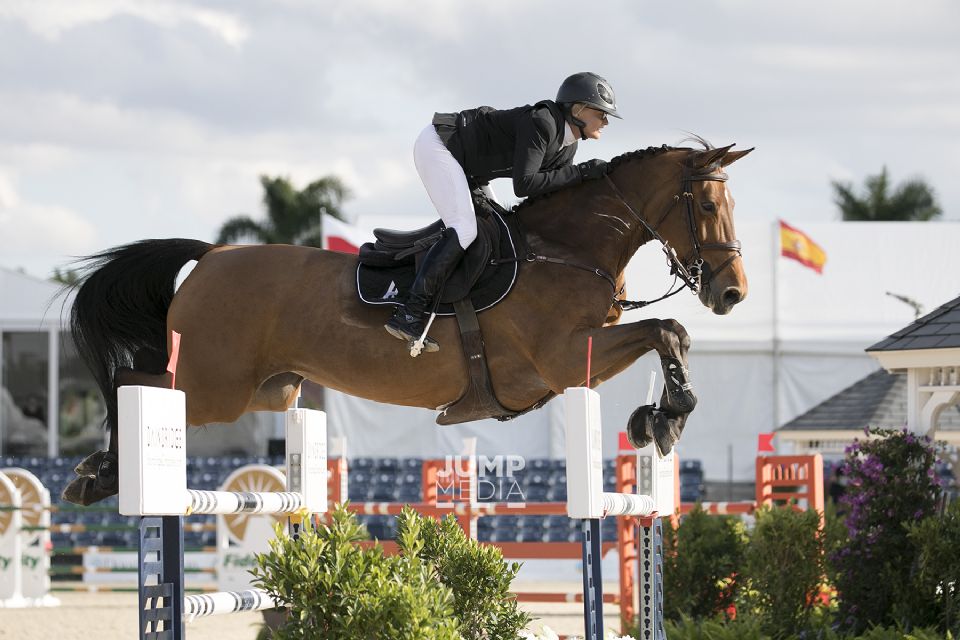 "It's an honor to win Martha's Leading Lady Rider Award, especially because Martha is a family friend," said Ballard, 40, who operates Looking Back Stable with her parents, David and Sandi Ballard. "I think it's so nice that she offers this award in the sport; it's certainly an honor. Even if I didn't win the Grand Prix I still won something! It gives me something to talk about."

In recognition of winning the Leading Lady Rider Award, Ballard was presented with a bottle of champagne, a bouquet of flowers, and a gift certificate for a shopping spree at Hunt, Ltd. by Martha W. Jolicoeur and her husband, Dr. Stephen Norton.

"This is her first big grand prix and my third horse show on her," said Ballard of Kamilla D. “She certainly rises to the occasion. She made the first round so easy for me and then in the jump-off, when you're following McLain Ward in the order, you have to try. She's green at going fast and one down kept me in second so there's nothing more I could have asked of her this week.

"I've never had a week like this before," said Ballard of her success during the opening week of competition at WEF. "You never forget weeks like this, and you know you're not going to have them every time, so you can't take them for granted. You have to take it jump-by-jump and class-by-class.”

“This award is a testament to consistent top performances, and it was always the title that I would set my sights on winning when I was competing,” said Jolicoeur, who began presenting the award in 2010 as a way of recognizing female accomplishments in an Olympic sport where men and women compete as equals. “Wellington is the winter equestrian capital of the world and attracts some of the best riders in horse sport. To be a part of that is an honor for me, and to experience how horses have brought us all together and made a place like Wellington possible is really special.”

Throughout WEF, the Martha Jolicoeur Leading Lady Rider Award, given in memory of fellow realtor and horseman Dale Lawler, is presented weekly to the high-score female rider based on performances in the weekly WEF Challenge Cup Series and grand prix events. During the final week of WEF, the Martha Jolicoeur Overall Leading Lady Rider Award will be presented to the female rider who accumulates the most points throughout the season.

Based in Wellington, Jolicoeur has been serving the Wellington equestrian community full-time since 2005 and specializes in both residential and farm properties. As part of the elite Douglas Elliman Real Estate Sports and Entertainment division, she offers a wide range of property listings that fit an equestrian lifestyle and beyond. To learn more about Martha W. Jolicoeur, visit www.marthasproperties.com. Follow her on Facebook and Instagram for a behind-the-scenes look at her available Wellington properties.

Buying or selling a property with Martha Jolicoeur assures the highest level of professional real estate consultation in the Wellington equestrian community. Jolicoeur understands the importance of customer excellence and prides herself on dealing honestly and fairly while creating relationships with her customers that continue far beyond a business transaction. For more information on Martha Jolicoeur and her listings, visit www.marthasproperties.com or find her on Facebook and Instagram.