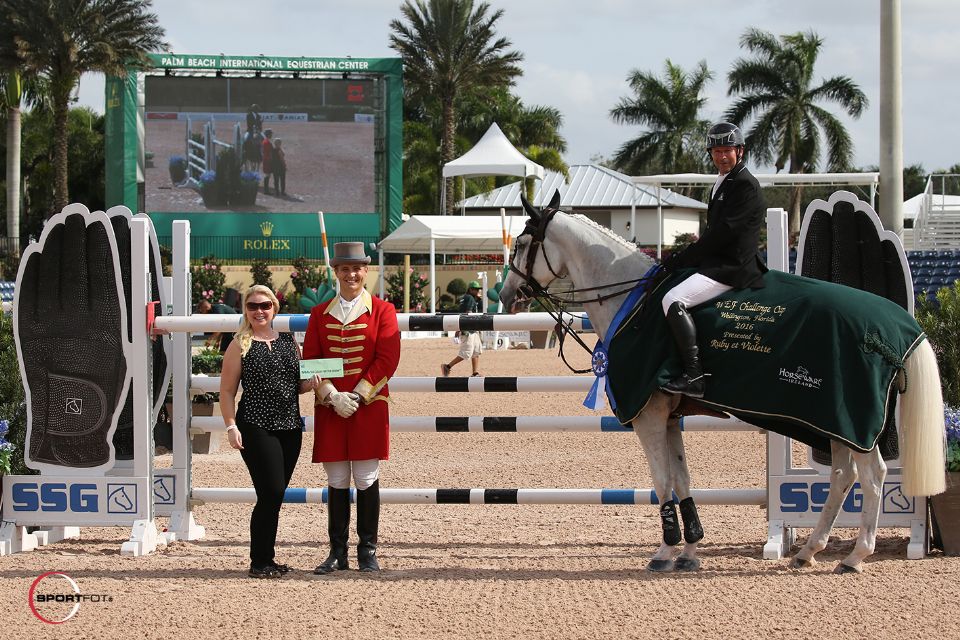 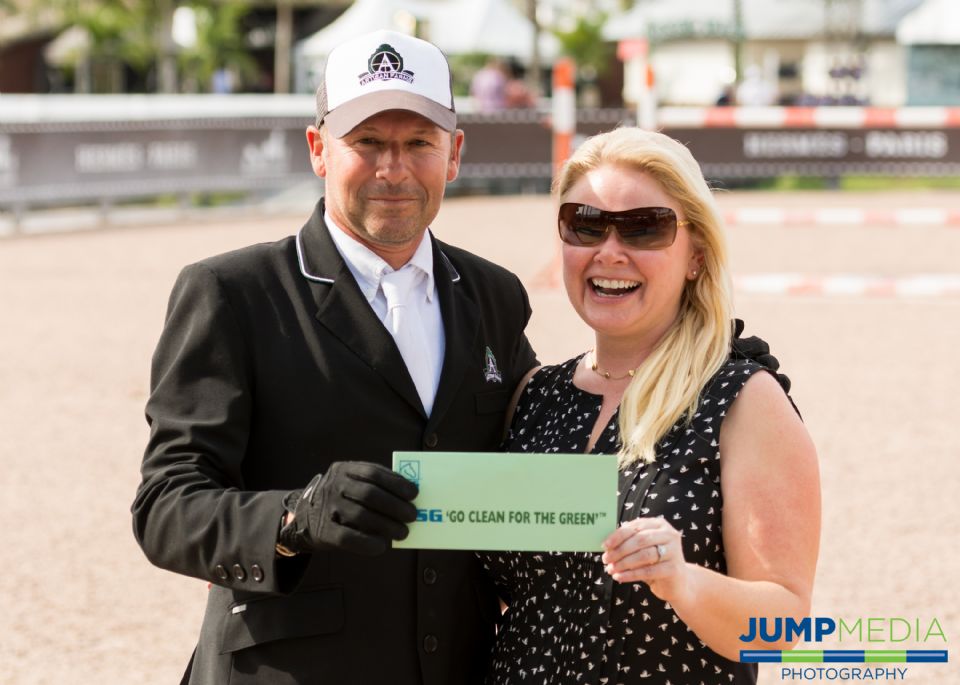 Canadian Olympic Champion Eric Lamaze jumped to his third consecutive win in the $35,000 Ruby et Violette WEF Challenge Cup and collected another $3,000 bonus in the SSG Gloves “Go Clean for the Green” promotion on Thursday, February 4, at the 2016 Winter Equestrian Festival (WEF) in Wellington, FL.

After three wins in three weeks, Lamaze has tallied $9,000 in bonus money thanks to the SSG Gloves “Go Clean for the Green” promotion.  After jumping to his first two wins aboard Rosana du Park, Lamaze gave Check Picobello Z, an up-and-coming ten-year-old Zangersheide gelding owned by Artisan Farms, LLC and Torrey Pines Stable, his turn in the spotlight this week.

“When something works, why change it?” he said of the SSG gloves he has worn in all three Challenge Cup victories.

“[The bonus money] adds up,” continued Lamaze.  “This sponsorship is great.  I really enjoy the gloves and I don't know why somebody would not wear them, especially with the bonus. It adds excitement to these classes.  With so many entries, the prize money is great but every little bit helps.”

Thursday marked the first major win for Check Pickobello Z after Lamaze and his owners purchased the horse from Ilan Ferder as a seven-year-old.

“I am really excited about today because I have believed in this horse since the beginning,” said Lamaze.  “I try to go into these classes with fresh horses that are capable, but you need a certain amount of luck which I seem to be having on Thursdays.”

Lamaze will reach even deeper into his string of horses next week and bring out Fine Lady 5, also owned by the Ziegler family’s Artisan Farms, LLC and Lamaze’s Torrey Pines Stable, for Round 5 of the Challenge Cup Series.

When asked what he plans to do with the $9,000 in bonus money he has won to date from SSG Gloves, Lamaze laughed and said, “That is a dangerous question!  We are going to see how many we can collect and maybe buy something fun.”