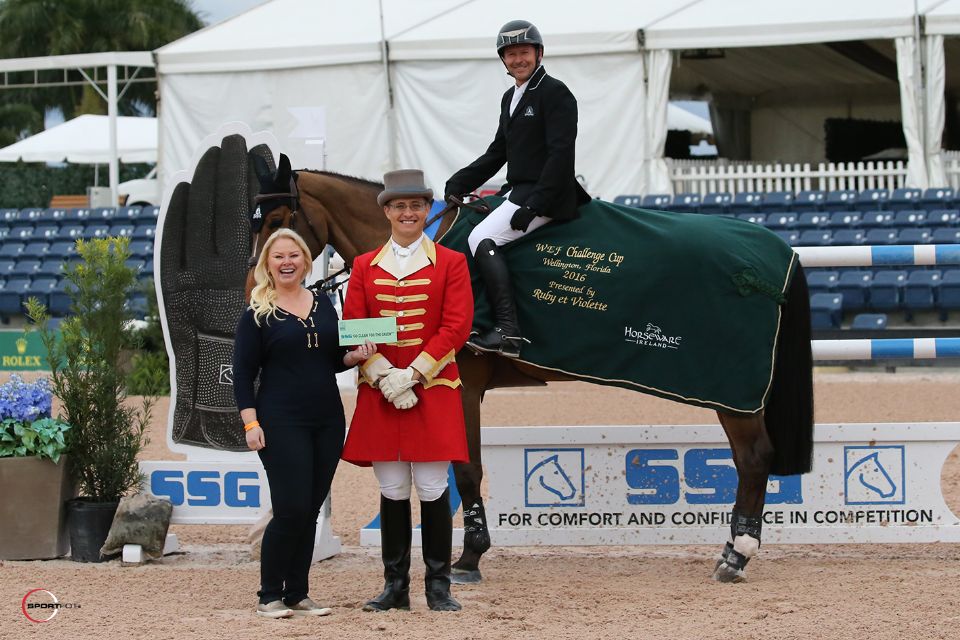 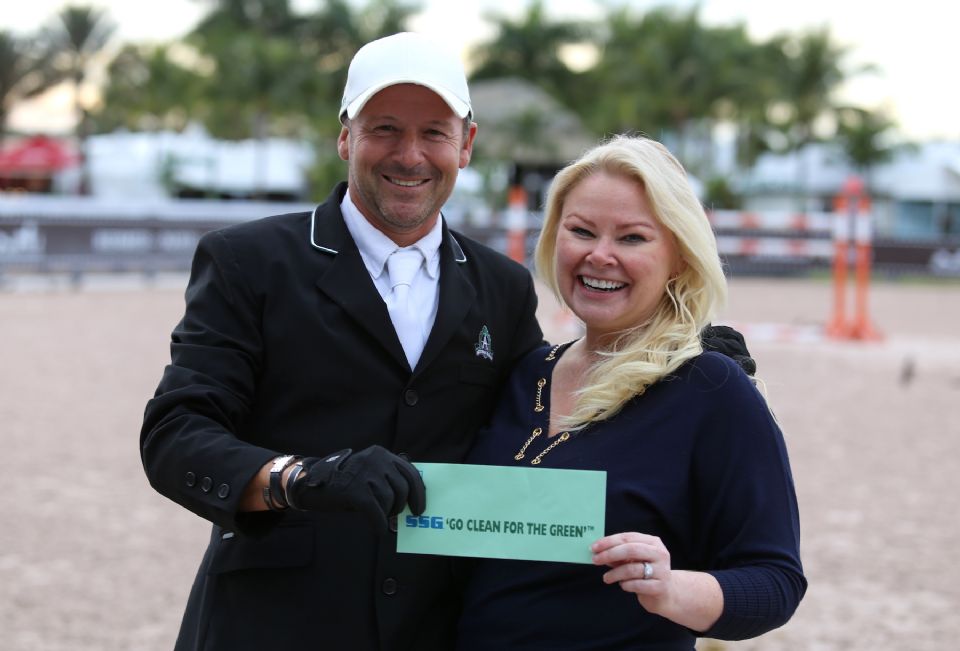 Canadian Olympic Champion Eric Lamaze returned to familiar territory to win the $35,000 Ruby et Violette WEF Challenge Cup Round II, along with a $3,000 bonus in the SSG Gloves ‘Go Clean for the Green’ promotion, at the 2016 Winter Equestrian Festival (WEF) in Wellington, FL, on Thursday, January 21.

During the 2015 Winter Equestrian Festival, Lamaze collected a total of $15,000 in bonus money by wearing his SSG ‘Digital’ style riding gloves to five WEF Challenge Cup Series wins.  He is now off to another promising start, piloting Rosana du Park, an 11-year-old selle francais mare owned by Artisan Farms LLC and Torrey Pines Stable, to victory over a 96-horse starting field.  As the first rider back for a 20-horse jump-off, Lamaze set the pace and saw his time of 35.58 seconds hold up for the win.

Lamaze, who also won the same competition in 2015 riding Rosana du Park, was thrilled to win his share of the prize money, along with the $3,000 in bonus money from SSG Gloves in recognition of his loyalty to the Canadian brand.

“This is nice prize money, but with 100 horses in a class, it's nice to get an extra bonus and start the year with an extra $3,000 in this competition,” said Lamaze who is a loyal SSG Gloves supporter.  “The gloves are great to wear.  With the bonus, I don't know why anybody wouldn't wear them!”

In addition to sponsoring the WEF Challenge Cup each Thursday throughout the 12-week Winter Equestrian Festival, SSG Gloves also offers a $1,000 bonus to the winners of the weekly Maybach – Icons of Luxury High Amateur-Owner Jumper Classic and the Sleepy P High Junior Jumper Classic competitions.  The effort by SSG Gloves to support professional riders as well as amateur and junior riders is an important one, according to Lamaze.

“It means a lot to us, but for the juniors and amateurs, it means that much more,” said Lamaze.  “I appreciate that a sponsor, especially being a Canadian company, does that for the riders.”