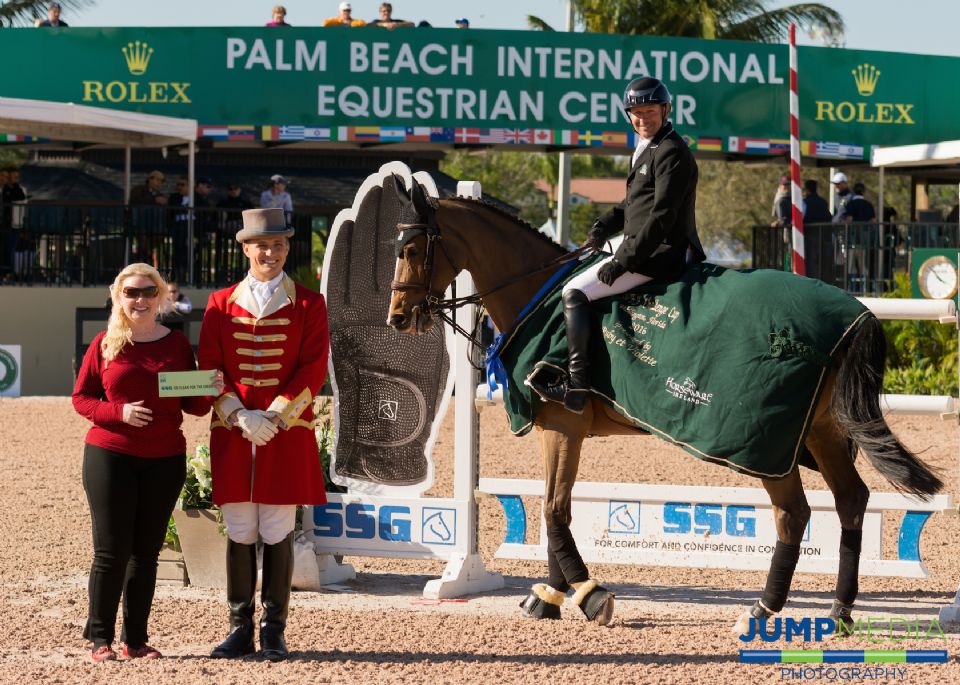 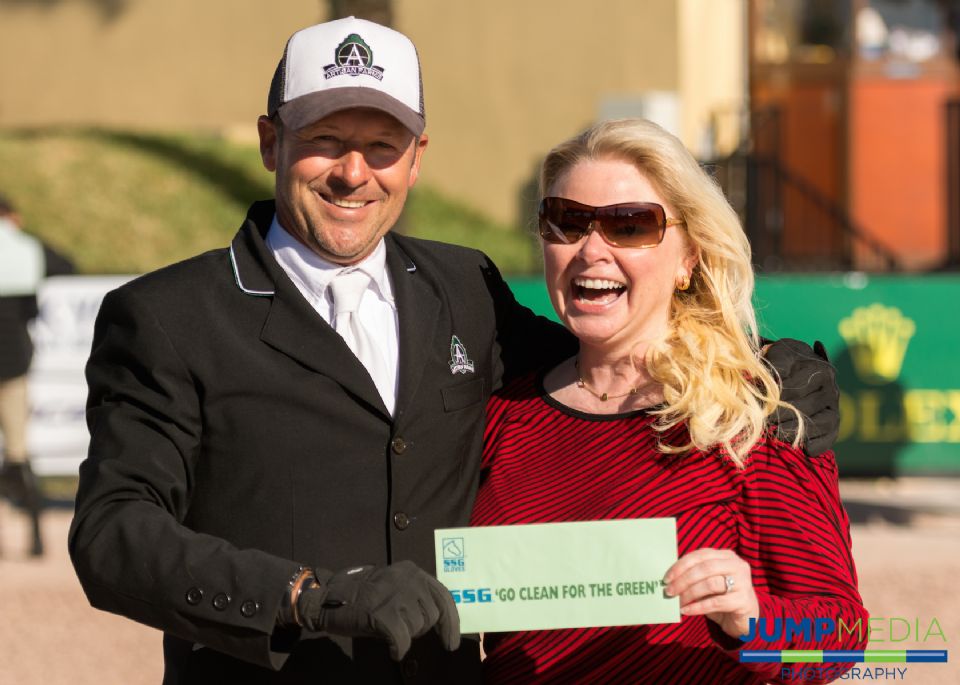 Canadian Olympic Champion Eric Lamaze scored his fourth win in the SSG Gloves “Go Clean for the Green” promotion so far this season with a victory in the $130,000 Ruby et Violette WEF Challenge Cup Round VII on Thursday, February 25, at the 2016 Winter Equestrian Festival (WEF) in Wellington, FL.

Lamaze and Fine Lady 5, a 13-year-old Hanoverian mare owned by Artisan Farms and Torrey Pines Stable, topped a starting field of 71 entries.  A total of 29 horses jumped clear over the track set by Spanish course designer Santiago Varela, setting the stage for a dramatic race to the finish.  Returning mid-way through the jump-off order, Lamaze laid down another clear effort in a time of 36.60 seconds to take while wearing his SSG ‘Digital’ style riding gloves.  There was no doubt that the $3,000 bonus on offer from SSG Gloves would be awarded as the top three finishers – Lamaze, Todd Minikus (37.42 seconds riding Quality Girl) and Tiffany Foster (37.77 seconds riding Victor) - were all sporting their ‘Digitals’.

“I was on the right horse for a jump-off with so many in it,” said Lamaze.  “A lot of it becomes about risk and what you're willing to risk.  That's how you win these classes.  We take it one week at a time and one class at a time, but Fine Lady came to play this week.”

“If you look at it per competition it's a $3,000 bonus but, if you start adding it up, it's almost like winning one WEF,” said Lamaze, comparing the first place prize money awarded to the bonus money on offer from SSG Gloves.

Having scored his last victory in the SSG Gloves “Go Clean for the Green” promotion during week four, Lamaze shared his secret to returning to the winner’s circle in week seven.

“I will let you in on a secret; I am wearing a new pair of gloves this week,” he confided of his SSG ‘Digitals’.  “I decided that the other pair had won enough and it was time for a new pair of gloves.  I think every rider is superstitious like that in one way or another.  I could repackage these ones and sell them now that they are lucky!”