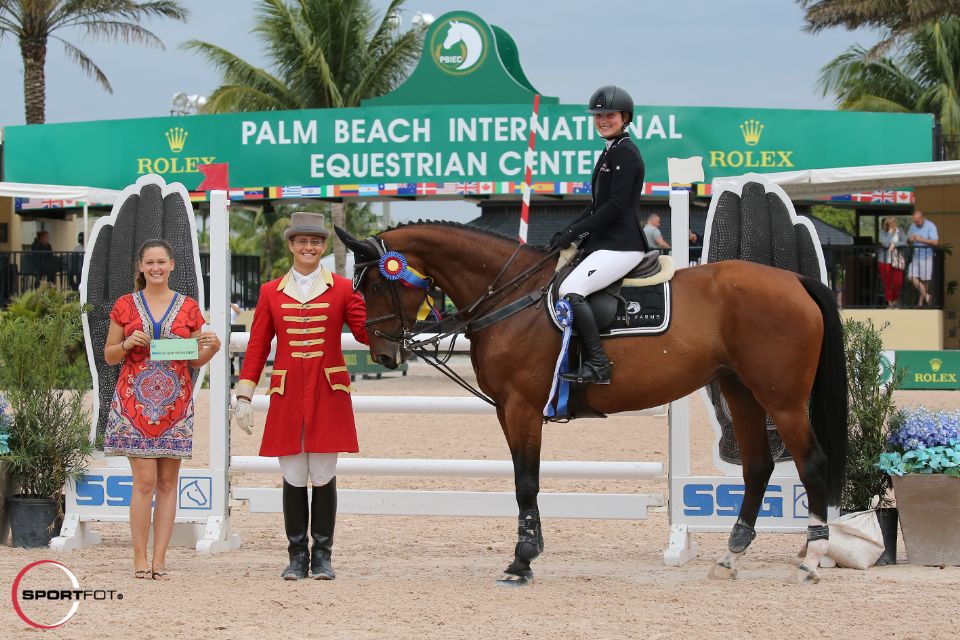 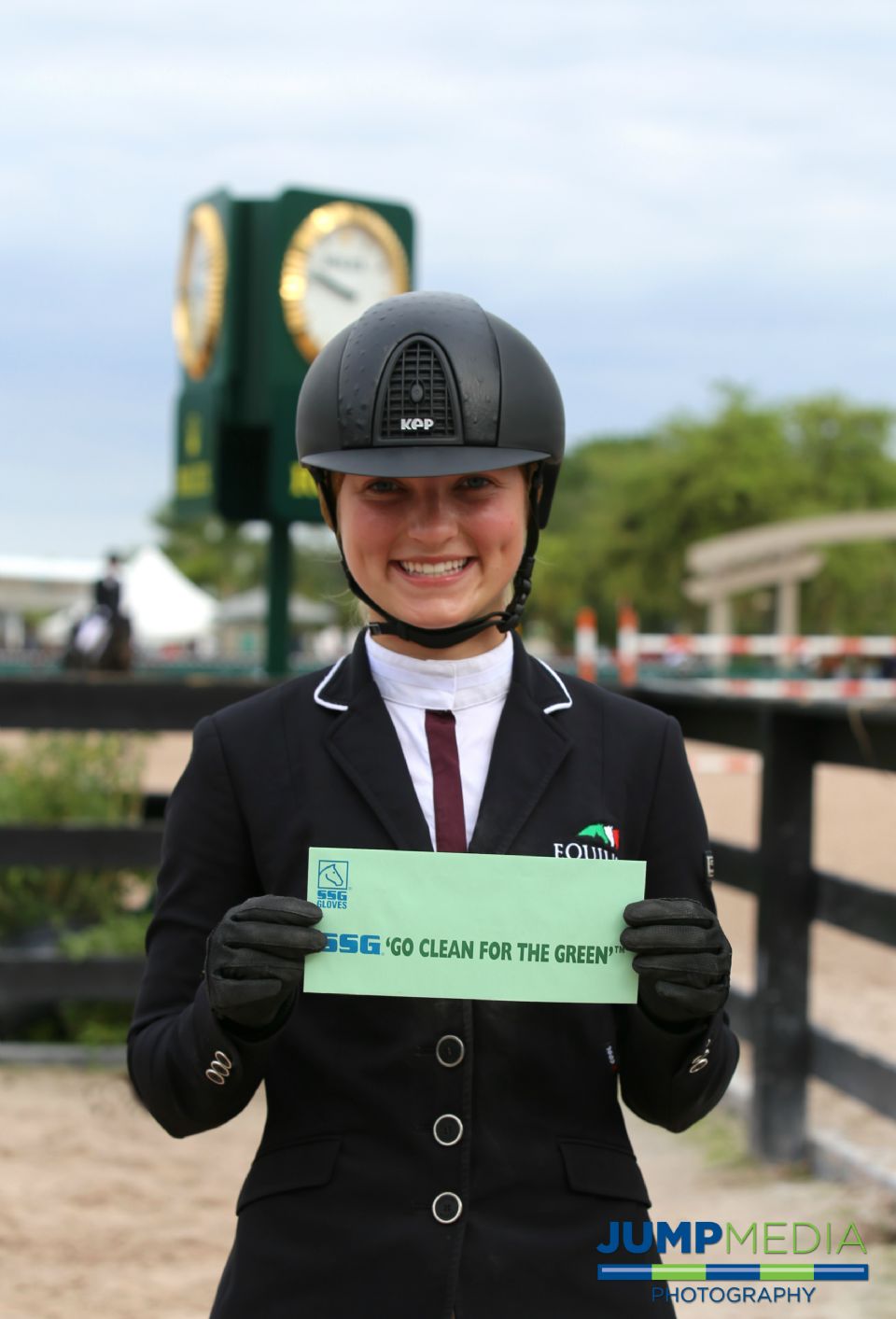 Emily Moffitt closed out the 2016 Winter Equestrian Festival by winning her second consecutive $1,000 bonus in the SSG Gloves “Go Clean for the Green” promotion. The 17-year-old from Las Vegas, NV, wore her SSG ‘Digitals’ on her way to victory in the $10,000 Sleepy P Ranch High Junior Jumper Classic on Sunday, April 3, in Wellington, FL.

Moffitt won on the final day of WEF in the irons of Thalis de la Roque over tracks built by course designer Anthony D’Ambrosio of Red Hook, NY. Moffitt bested a starting field of 37 entries to produce the only double-clear effort of the class, crossing the jump-off timers in 38.96 seconds for the win and the High Junior Jumper Championship title, all while wearing her SSG 'Digital' style riding gloves.

While her SSG Gloves bonus from Week 11 went directly to her parents, Moffitt gets to keep her $1,000 bonus this time around.

“They are letting me keep this one, so I'll probably go spend it within the first hour somewhere,” laughed Moffitt. “This circuit has been amazing for me; I've had a win every week except one. To finish with this win, being champion, and getting another SSG bonus makes it even better!”

Thalis de la Roque is better known as ‘Roo’ around the barn due to the mare's jumping style, and it proved to be an appropriate barn name on Sunday.

“She jumps like a kangaroo!” said Moffitt. “I asked her to step up this season and she did it with no problems.”

Moffitt purchased her first pair of SSG 'Digital' gloves during Week 11, and they have quickly become her favorite gloves in any weather conditions.

“I was up at 6 a.m. this morning to flat ‘Roo’ and it was a bit chilly, but the same SSG gloves that kept me from sweating last week kept my hands warm this morning,” she said.

As the WEF season comes to close, Moffitt will head to Antwerp, Belgium, where she plans to compete in the CSI2* division of the Global Champions Tour, with plans to step up to the 5* level at the end of the summer.

Earlier in the week, Canada's Tiffany Foster claimed her second $3,000 bonus of the season from SSG Gloves after winning the $35,000 Ruby et Violette WEF Challenge Cup Round XII aboard her 2012 Olympic mount, Victor.