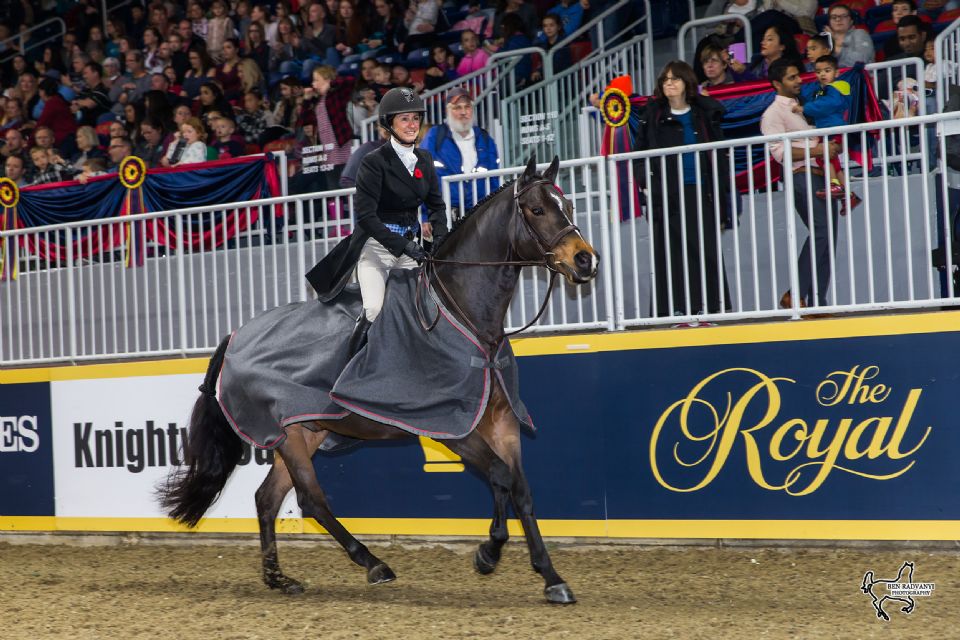 Darcy Hayes of Aurora, ON, rode Say When to a second consecutive victory in the $15,000 Braeburn Farms Hunter Derby for owner Danielle Trudell-Baran on Sunday, November 5, at the Royal Horse Show in Toronto, ON.
Photo by Ben Radvanyi Photography 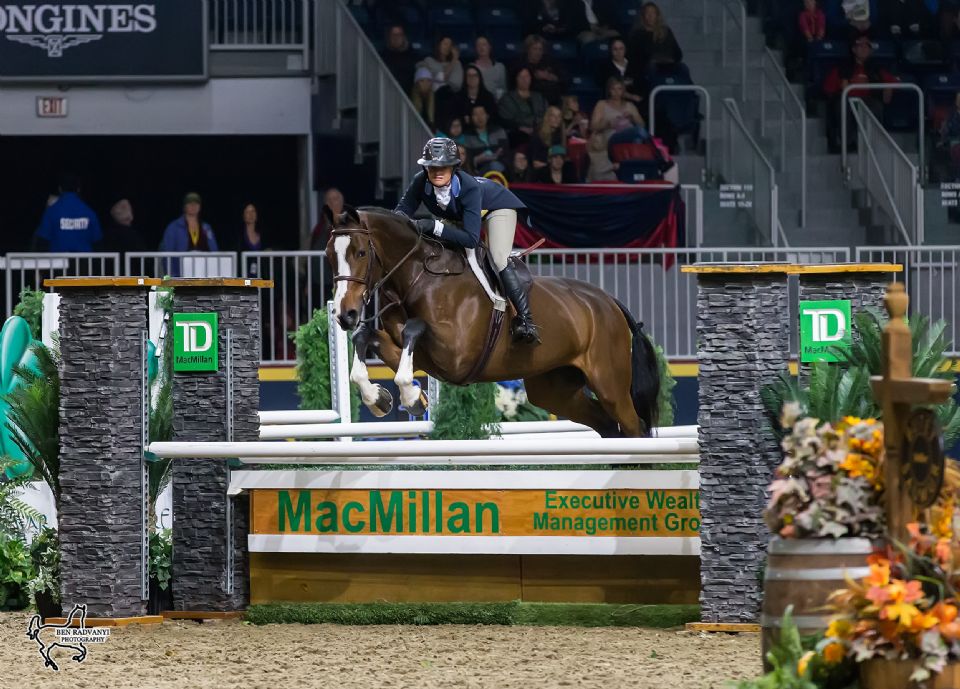 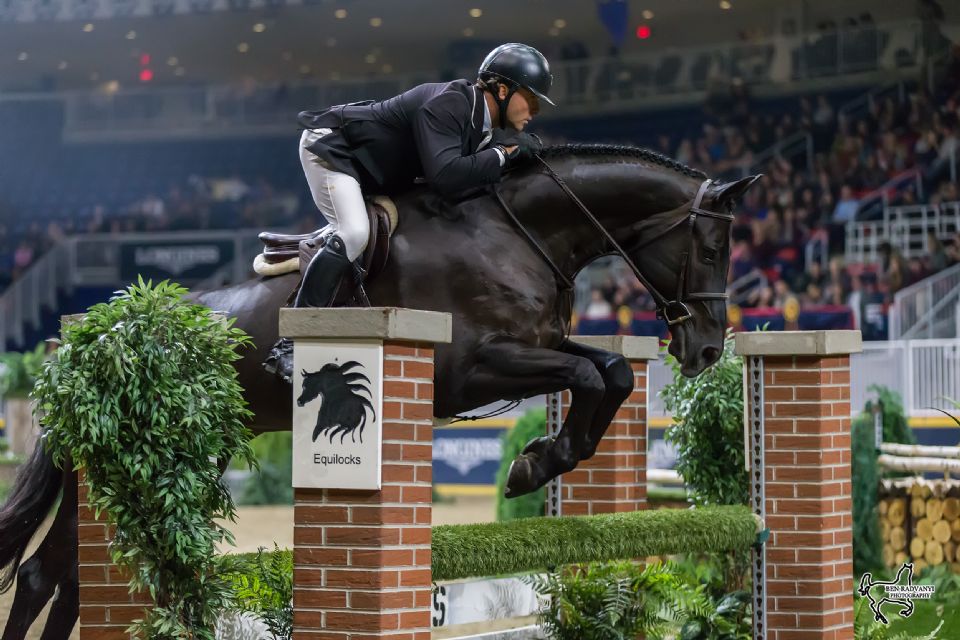 Darcy Hayes of Aurora, ON, and her mount, Say When, won the $15,000 Braeburn Farms Hunter Derby for the second year in a row on Sunday, November 5, at the Royal Horse Show, held as part of the 95th Royal Agricultural Winter Fair in downtown Toronto, ON.

Hayes and Say When, a nine-year-old gelding owned by Danielle Trudell-Baran of Toronto, ON, were the third entry to contest the course of natural obstacles set in the Ricoh Coliseum by Rob Carey of Vineland, ON.  The pair’s total score of 110 – consisting of a base score of 92, ten high option points, and eight handy bonus points – kept them at the top of the leaderboard through all 20 of the total entries.

Finishing in second with a total score of 100 was Erynn Ballard of Tottenham, ON, riding Enchanted, owned by Christel Weller.  Brent Balisky, who made the trip from Langley, BC, finished close behind Ballard, taking both third and fourth place with scores of 99.5 and 99 aboard Class Act, owned by Wendy Valdes, and Easystreet, owned by Thunderbird Show Stables, respectively.

“I had a good feeling today because he warmed up so well for me before the class; he really shined today,” said Hayes said of Say When.  “I don’t do jumpers much because my daughter (Quincy Hayes) does the jumpers, so these derbies are kind of my grand prix each week.  Here at The Royal, it’s just that much more exciting because there’s more of a crowd.  Friends come that wouldn’t necessarily come to a horse show, and you get everybody in one place.”

The win marked not only Hayes and Say When’s second consecutive victory in the $15,000 Braeburn Farms Hunter Derby, but also their fifth derby win overall at the Royal Horse Show, having topped the same class in 2014 as well as the $25,000 Knightwood Hunter Derby in both 2015 and 2016.

“He’s actually easier to ride in a derby than he is in a regular hunter course,” Hayes said of Say When’s knack for excelling in hunter derby events.  “I think he’s really smart, and the derby kind of peaks his interest and keeps him interested instead of just being regular jumps.  He knows this is special and he knows he is special; his face was on the cover of the Royal Horse Show prize book.  He loves himself, and we love him.”