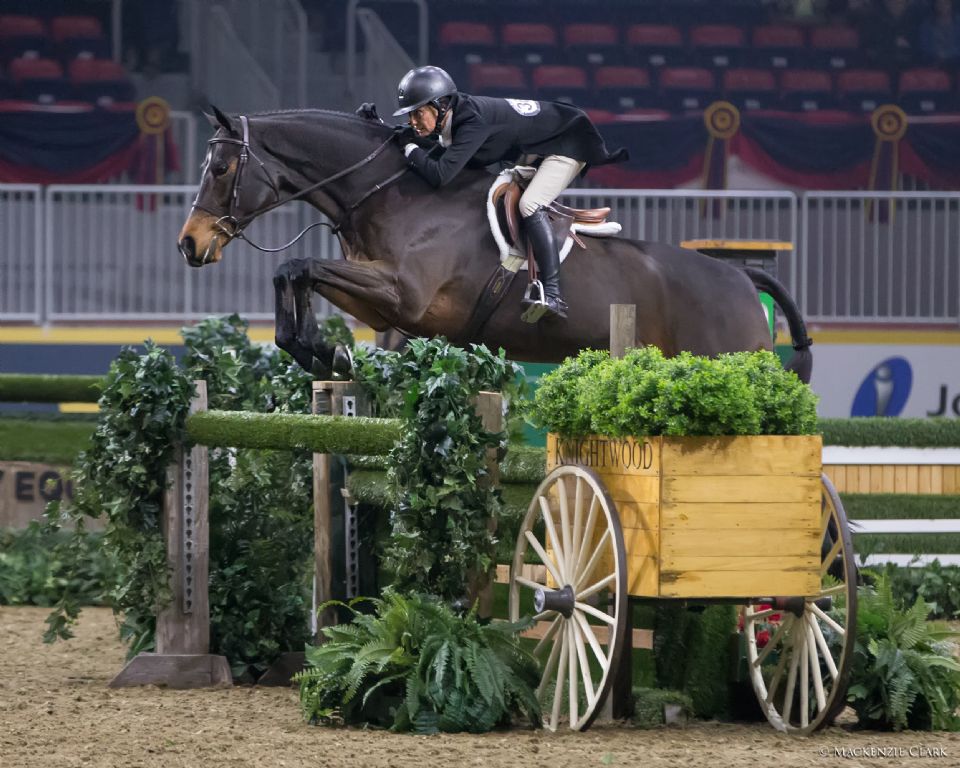 Darcy Hayes of Aurora, ON, and Say When won the $25,000 Knightwood Hunter Derby on Tuesday, November 8, at The Royal Agricultural Winter Fair.
Photo by Mackenzie Clark 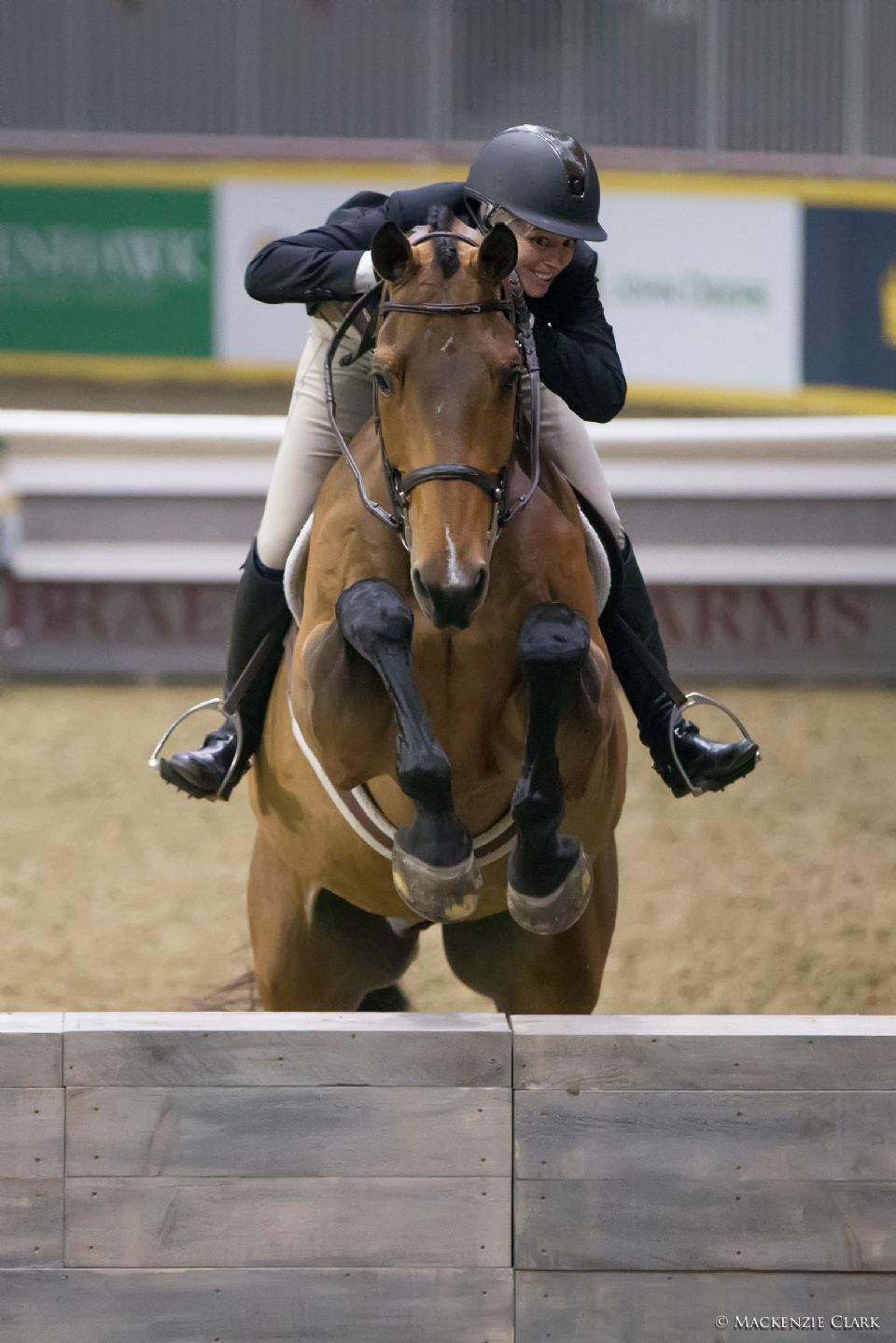 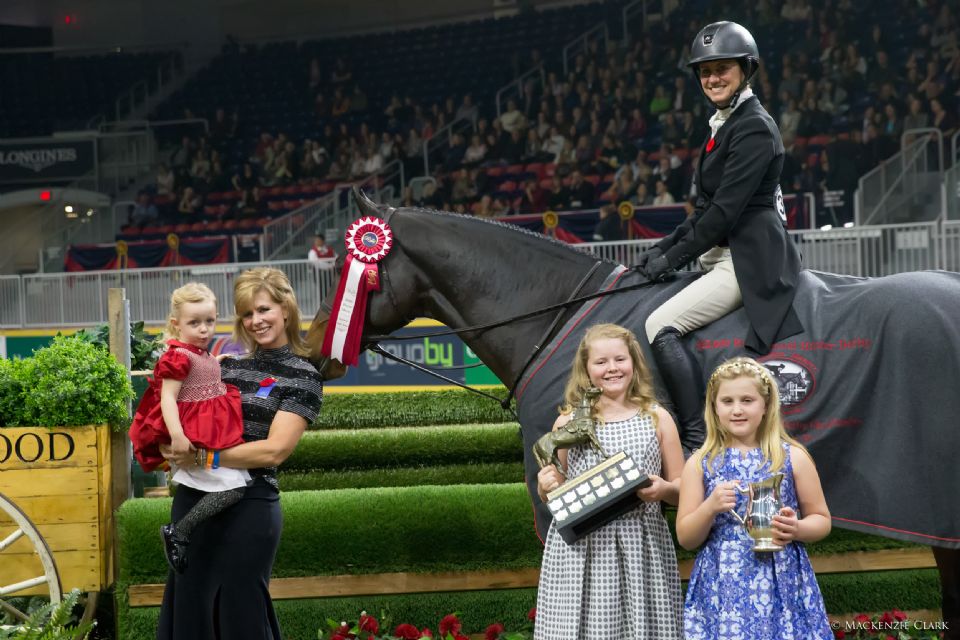 Darcy Hayes is presented with the Paddy Ann Burns Trophy for her win in the $25,000 Knightwood Hunter Derby.
Photo by Mackenzie Clark

Darcy Hayes of Aurora, ON, and Say When topped the $25,000 Knightwood Hunter Derby on Tuesday, November 8, at the Royal Horse Show in Toronto, ON.

Hot off their victory in Sunday’s $15,000 Braeburn Farms Hunter Derby, Hayes and Say When returned to the Ricoh Coliseum on Tuesday as the final competitors, where they delivered a repeat winning performance.

Judges Brian Lenehan of Palm Beach Gardens, FL, and Steve Wall of Pinehurst, NC, awarded Hayes and Say When a base score of 90, plus eight high option bonus points and eight handy bonus points for a total of 108 points over the traditional derby course designed by J.P. Godard.

Riding to second place with a score of 103 was Ryan Roy of King City, ON, aboard Bayridge, owned by Doug Bannister.  Finishing a close third with a 102 was Erynn Ballard of Tottenham, ON, riding Hide Away for owner Looking Back Farm.

“He felt really good today,” Hayes said of Say When, an eight-year-old Dutch Warmblood gelding owned by Danielle Trudell-Baran.  “I wasn't quite sure going into today though; he felt a little bossier out here in the warm-up than he did on Sunday.  He was a little bit more full of himself today!”

Hayes has had the ride on Say When for four years, and Trudell-Baran also competes the gelding in the Adult-Amateur Hunter divisions.

Limited remaining tickets can still be purchased by visiting royalfair.org or ticketmaster.ca.  For more information on the Royal Horse Show, the marquee event of The Royal Agricultural Winter Fair, visit royalfair.org/horse-show.  A complete horse show schedule can be accessed here.