Country Music Star Craig Morgan Teams Up with Veterans Non-Profit Travis Mills Foundation (TMF) for ‘Never Give Up on Country Concert’ to Support Recalibrated Veterans & Heroes Around the U.S. 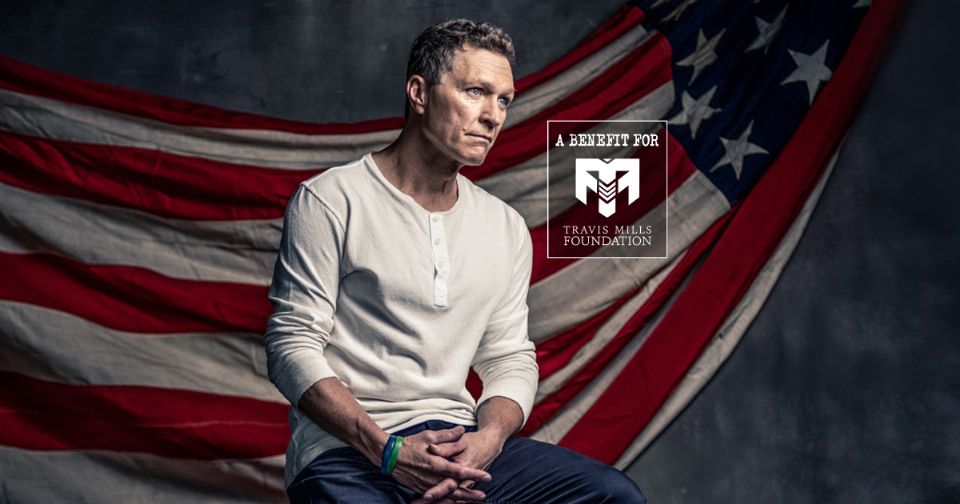 Country music star Craig Morgan will perform at a concert for the Travis Mills Foundation. 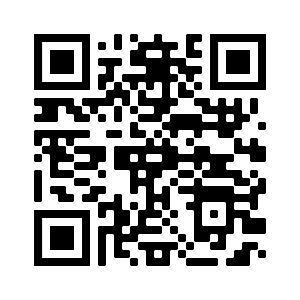 Use the QR code to make a donation to the Travis Mills Foundation. 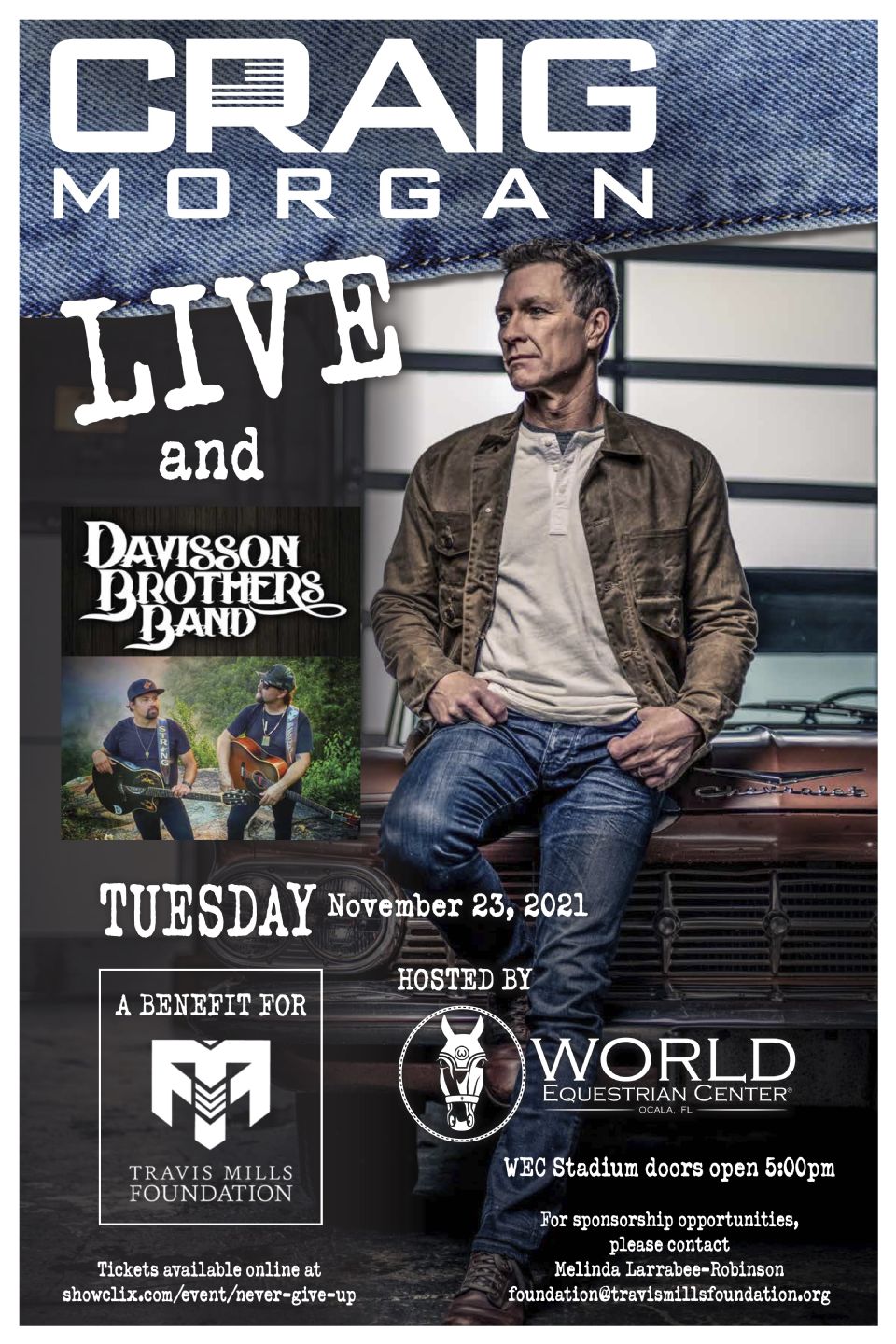 The poster for the ‘Never Give Up on Country Concert’ to Support Recalibrated Veterans & Heroes Around the U.S. concert with Craig Morgan to benefit the Travis Mills Foundation.

Get Your Tickets Now! Click for Ticket Information and Purchase Options

Ocala, FL – Songs of support are headed the way of the Travis Mills Foundation, as Country Music entertainer and Army veteran Craig Morgan headlines a benefit concert to support recalibrated veterans around the country and their recovery journeys as they return from active duty.  The benefit concert on Tuesday, November 23 at 6:30 PM will take place at the World Equestrian Center in Ocala, Florida, which is generously donating the stadium venue.  Opening for Morgan will be the Davisson Brothers Band, one of the top ten musical acts to watch out for according to Rolling Stone.

All proceeds from ticket sales will benefit the Travis Mills Foundation, a non-profit that provides programming to help recalibrated veterans overcome physical and emotional obstacles they face, strengthen family bonds and provide an outlet for much-needed rest and relaxation through the Foundation retreat in Maine.

The armed services have a personal connection to Morgan who spent more than 17 years on both active and reserve duty in the U.S. Army.  He has remained devoted to supporting our military men and women, making 16 overseas tours to entertain more than 45,000 U.S. troops all over the world. In 2018, he was awarded the Army’s Outstanding Civilian Service Medal – the highest civilian honor the Department of the Army can bestow upon a civilian.

“It is important to me to continue to help our nation’s veterans in any way that I can,” said Craig Morgan.  “The Travis Mills Foundation’s work is so crucial, and I am honored to be part of this event.”

“We are deeply grateful for Craig’s continued service to his country in lending his voice to help veterans build resilience, recover from their injuries and provide the tools they need to overcome both mental and physical challenges from their time of service,” said SSG Travis Mills, founder of the Travis Mills Foundation. “We also thank the World Equestrian Center and other partners for their generosity in donating the venue to make this concert happen and have a real impact on the lives of our veterans community.”

SSG Travis Mills, one of only a handful of surviving quadruple amputees from the wars in Afghanistan and Iraq, founded the Travis Mills Foundation in 2014, inspired by his own challenges that he faced after stepping on an IED while on his third tour in Afghanistan in 2012 and all the men and women who provided the tools Mills needed to keep moving forward.

Most recently, the Foundation broke ground on a $7 million expansion of its retreat, a new health and wellness center that will service thousands of veterans around the country and open in summer 2022.  Since 2017, the Foundation has hosted more than 90 weeks of programming, serving 627 veterans, 724 families and 2,087 people from 43 states, along with Washington D.C. and Canada.

Tickets for the benefit range between $35 and $65, with a limited number of VIP tickets at $200. For more information about the concert and the Travis Mills Foundation, visit www.travismillsfoundation.org.