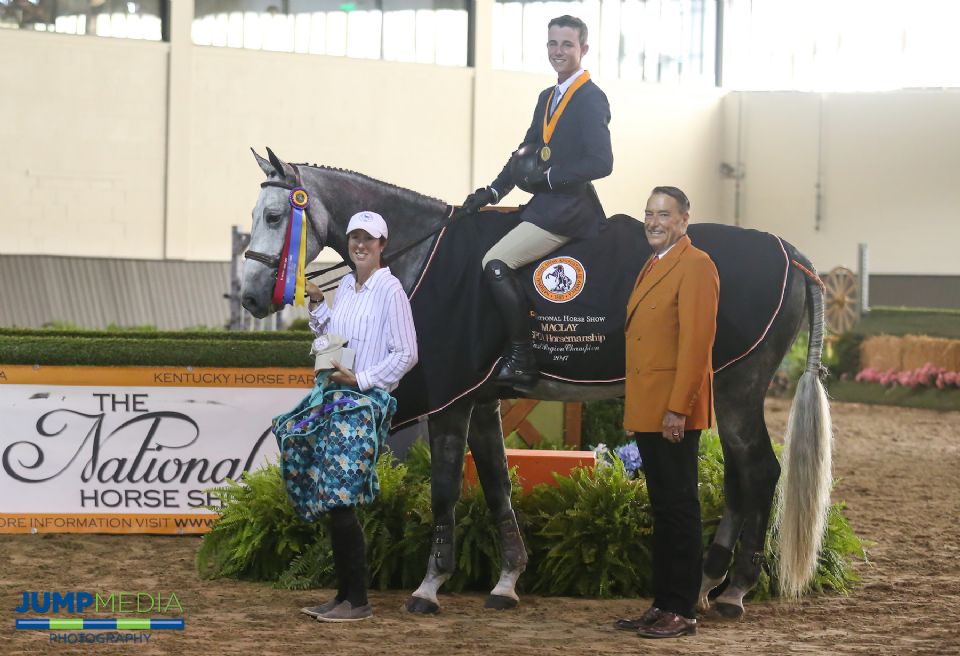 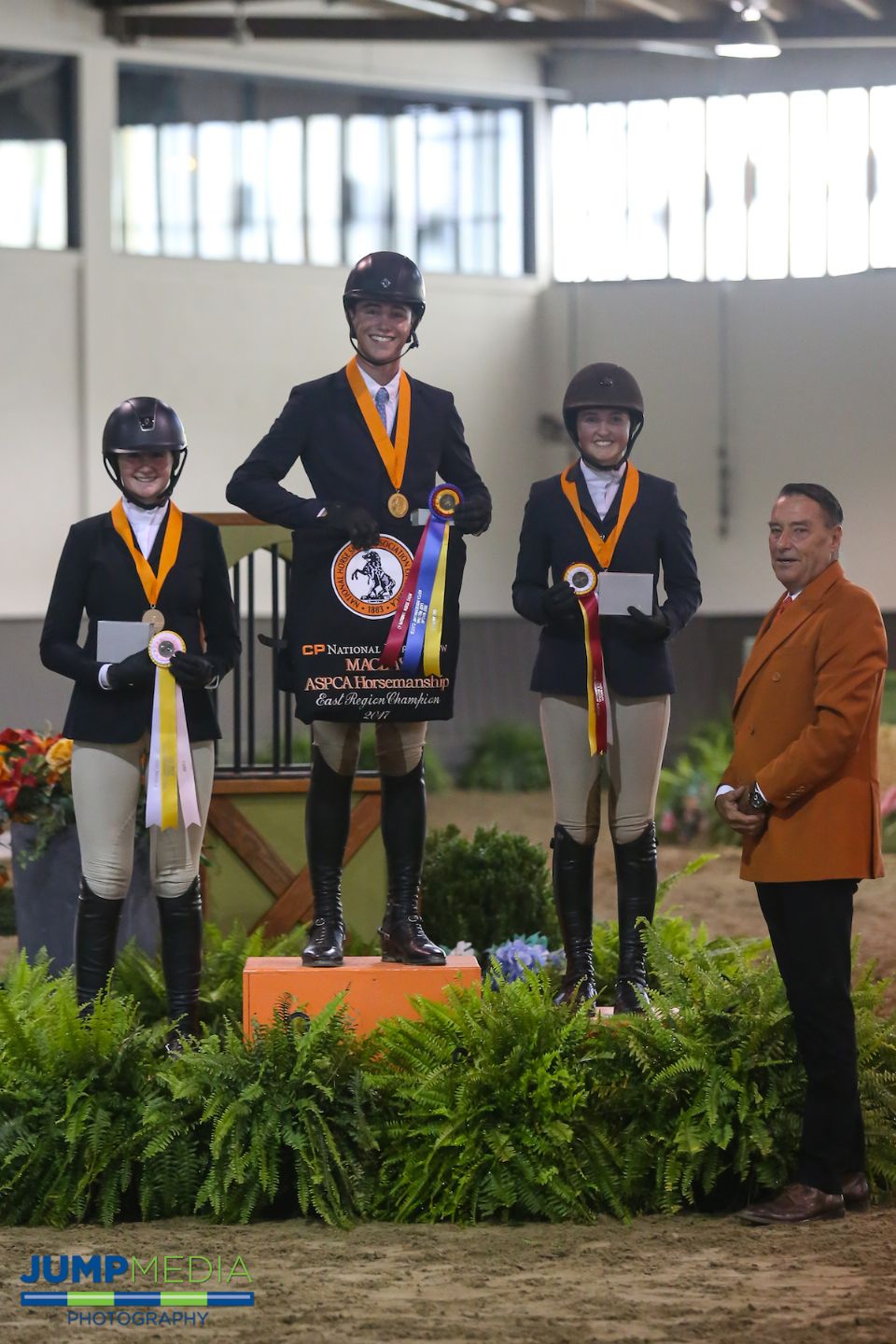 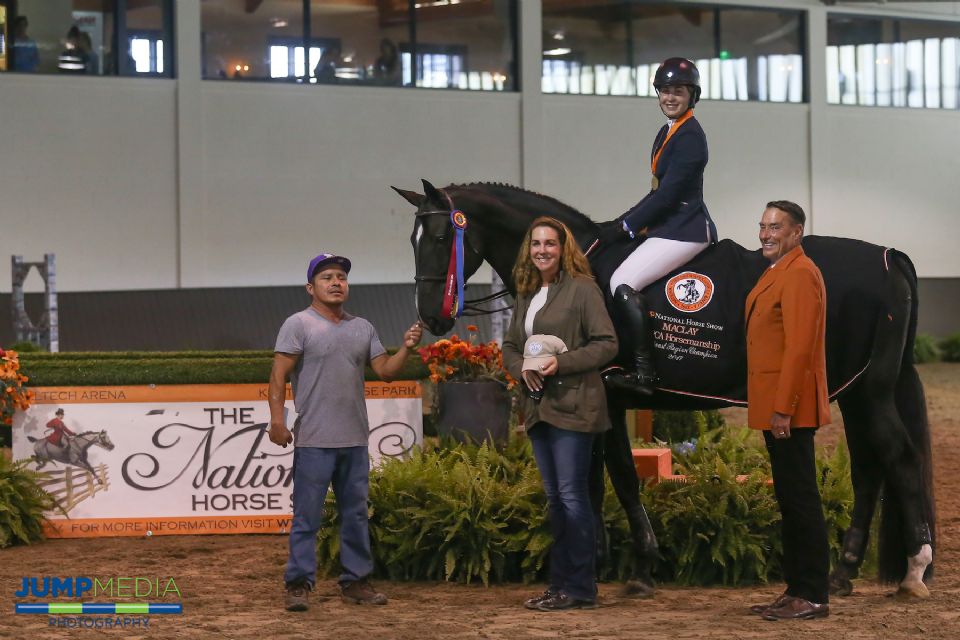 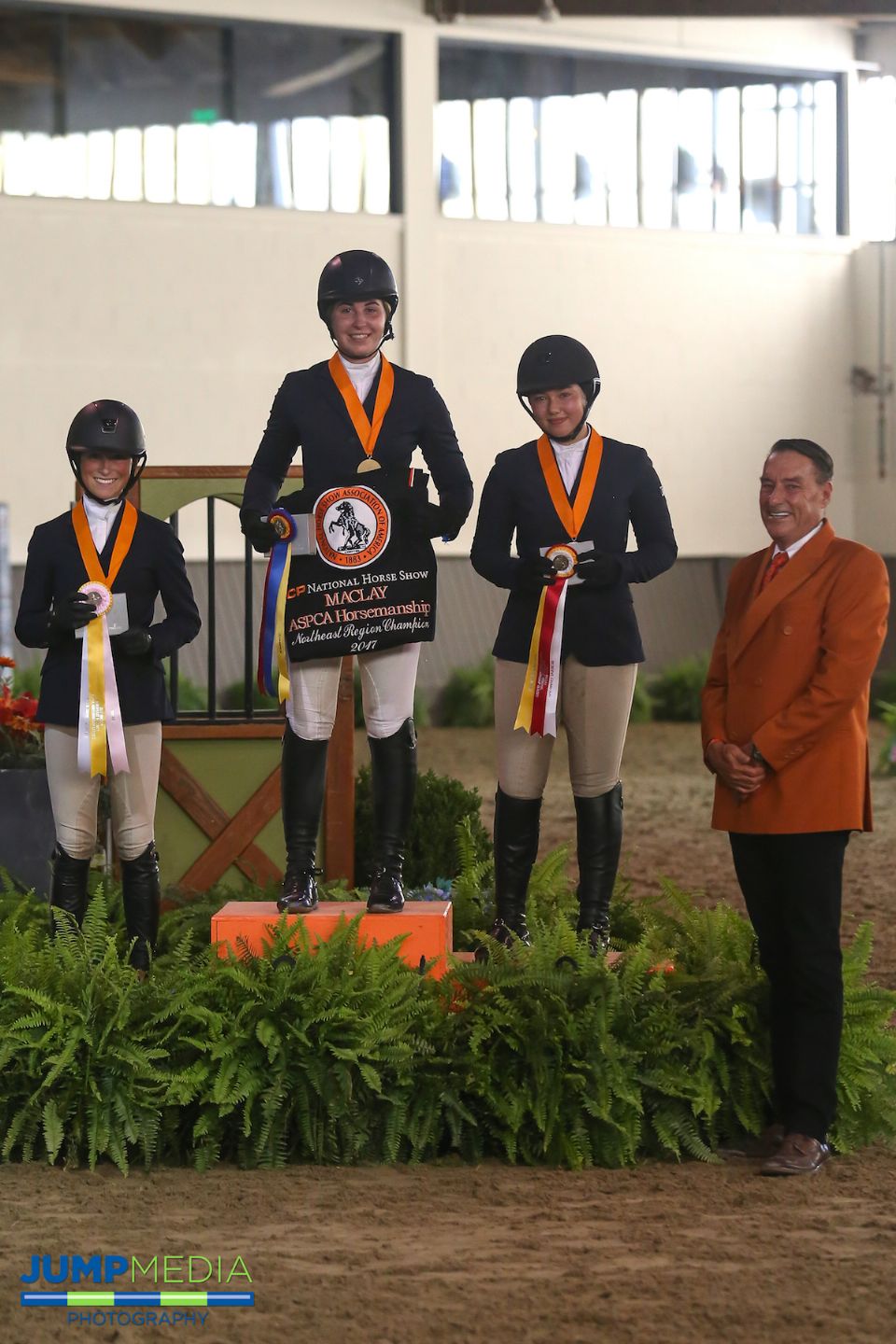 Old Salem Farm in North Salem, NY, hosted the Region 1 and 2 ASPCA/NHSAA Maclay Championships on Saturday, September 16, during the American Gold Cup CSI4*-W with a Region 1 victory for Cooper Dean of Fayette, AL, and a Region 2 win for Madison Goetzmann of Skaneateles, NY.

Elite equitation riders from both regions competed at Old Salem Farm with hopes to qualify for the ASPCA Maclay Horsemanship Championship, held at the CP National Horse Show on October 31 through November 5 in Lexington, Kentucky.

Old Salem Farm provides equitation riders an early opportunity for indoor competition at a top-quality venue before the commencement of the indoor finals each fall. Seizing that opportunity, Dean, 18, rode Kori d’Oro to a Region 1 win under the direction of Andre Dignelli and Patricia Griffith of Heritage Farm based in Katonah, NY, where Dean is a working student. Goetzmann, 17, finished second in the 2016 Region 2 Championship and moved up this year to win aboard San Remo VDL with trainer Stacia Madden of Beacon Hill Show Stables based in Colts Neck, NJ.

The Regional Maclay Championships included a jumping and flat phase. In Region 1 competition, Dean entered the flat test sitting in third place, but moved up for the victory. “It was a finals-like course for sure, but this is my fourth and final time doing regionals, so there was no reason to be nervous,” he said. “I just wanted to go in and be confident and execute.”

In his last junior year, Dean is now focused on the ASPCA Maclay Horsemanship Championship with a new mount and trainer after transitioning to ride with Heritage Farm during the 2017 winter season.

“I really wanted to compete for an equitation final this year, so I made a big decision to go to an equitation barn,” said Dean, who previously rode with Florida-based trainer, Aaron Vale. “Aaron took me under his wing for three years and taught me more than anyone during my junior career, so I owe so much thanks to him. When I came to ride with Andre I had the polish on, it just needed to be buffed out.”

Dean got the ride on Kori d’Oro when he joined the team at Heritage Farm.,“This is the first time he has done anything like this,” he said of the gelding that he will pilot during his first indoor season.

“But, it seems like whenever it is time for him to put on his big-boy pants, he does,” continued Dean, who has his sights set on one day riding professionally. “This is what I want to do for the rest of my life. My mom [Jill] is a trainer and I have always had horses in my backyard and I feel like I will always have horses in my backyard.”

Goetzmann, 17, was on top moving into the Region 2 flat phase and stayed on top to eclipse her second-place finish in 2016.

“Overall, I wanted to make everything smooth,” said Goetzmann, who made a specific plan for her jumping round after watching the Region 1 riders compete. “The ‘S’ line that was a five to a five (strides) got many riders in Region 1 and the main focus of my trip was to execute that really well and do it as smoothly as possible. I think that is what ultimately led to a good result.”

After spending the summer competing in Europe with John and Beezie Madden, who are Goetzmann’s trainers for jumper competition, she returned to the U.S. this fall to focus on equitation. She got the ride on San Remo VDL this month and competed the gelding for the first time at the Hampton Classic Horse Show earlier this month.

“My regular equitation mount, Stallone, is coming back from an injury and Stacia offered me San Remo,” said Goetzmann, who considers San Remo VDL an equitation finals specialist. “I am very grateful that Stacia gave me the opportunity to ride him. You just have to sit there and look pretty; he is such a smooth ride and will do anything you ask of him.”

The American Gold Cup at Old Salem Farm offers Maclay riders a chance to shine among some of the best riders in the world as top athletes converge for a stop on the Longines FEI World Cup™ Jumping North American League tour. Of that opportunity, trainer Stacia Madden noted, “I love the idea of having regionals at a horse show because I think it gives riders that adrenaline and competitive edge. It definitely is a whole other level of organization when you have the other classes running, so you have to have experience at being in a championship class to do this well and be focused in a few minutes after showing in other rings. I believe kids compete better when they are in a competitive environment.”

Full horse show results can be found at www.theamericangoldcup.com.