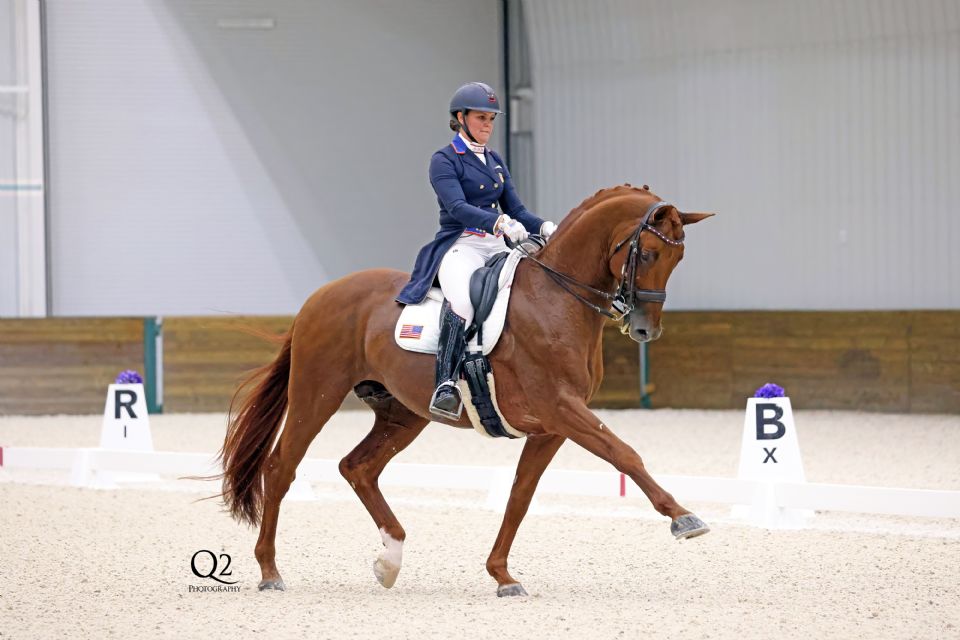 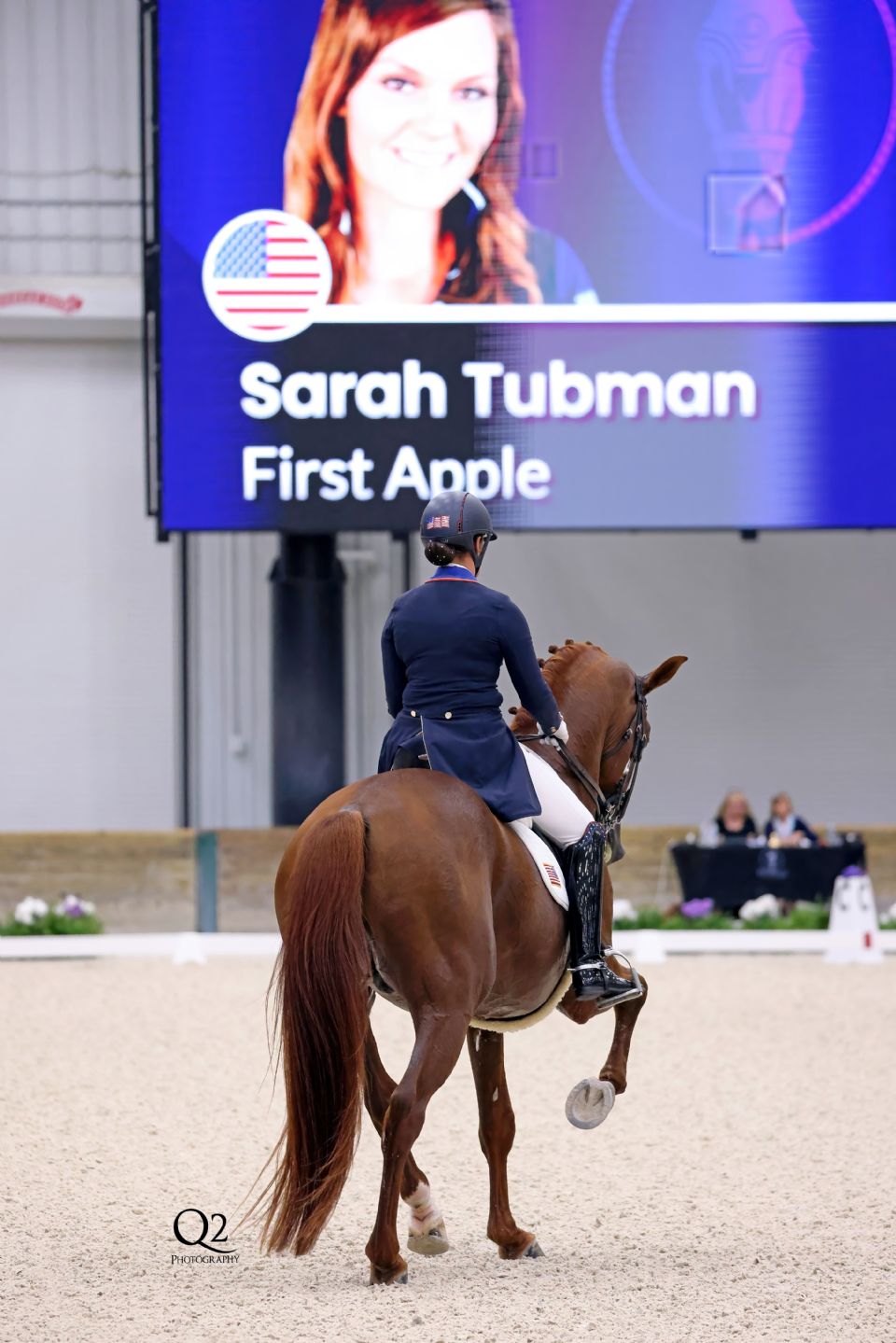 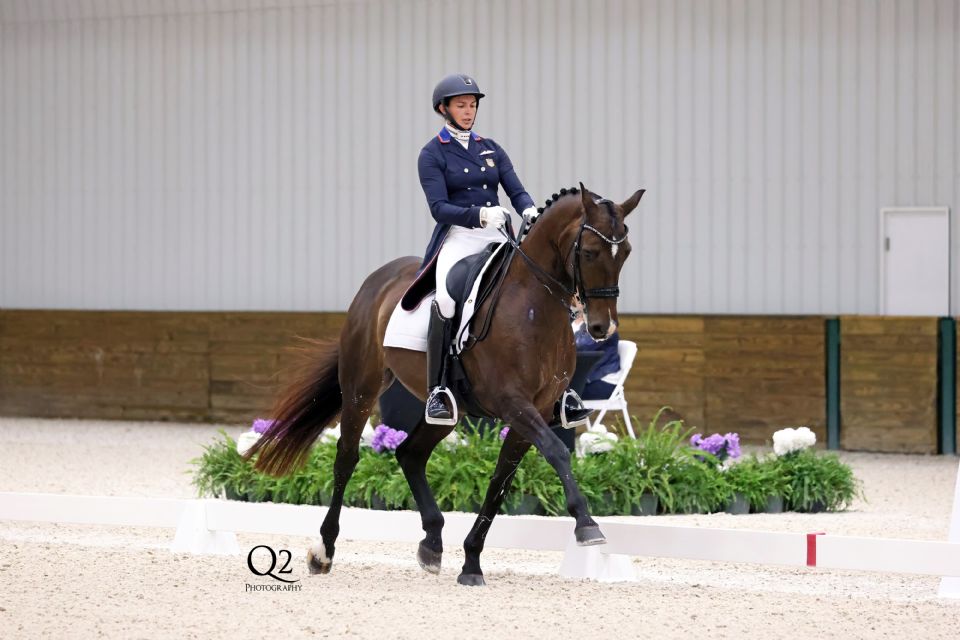 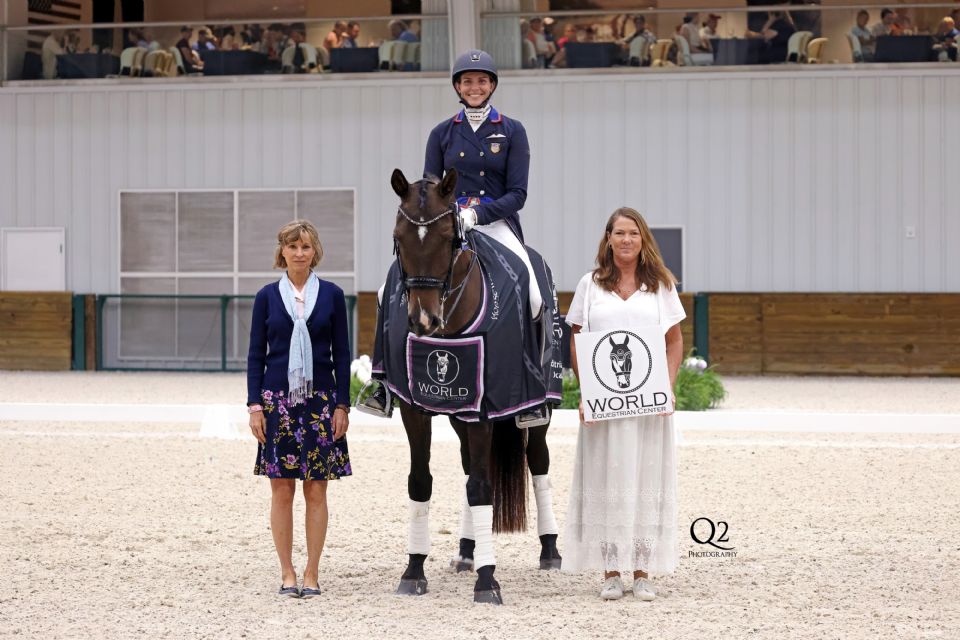 Anna Marek and Fire Fly in their winning presentation.
Photo by Q2 Photography 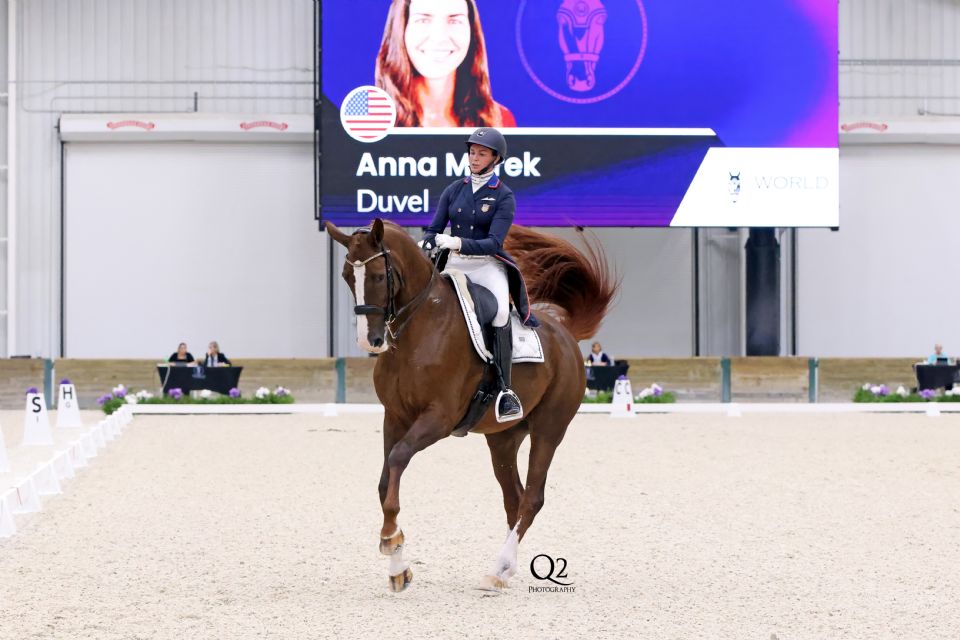 Another win for Anna Marek and Duvel, this time in the Intermediate 1 CDI3*.
Photo by Q2 Photography 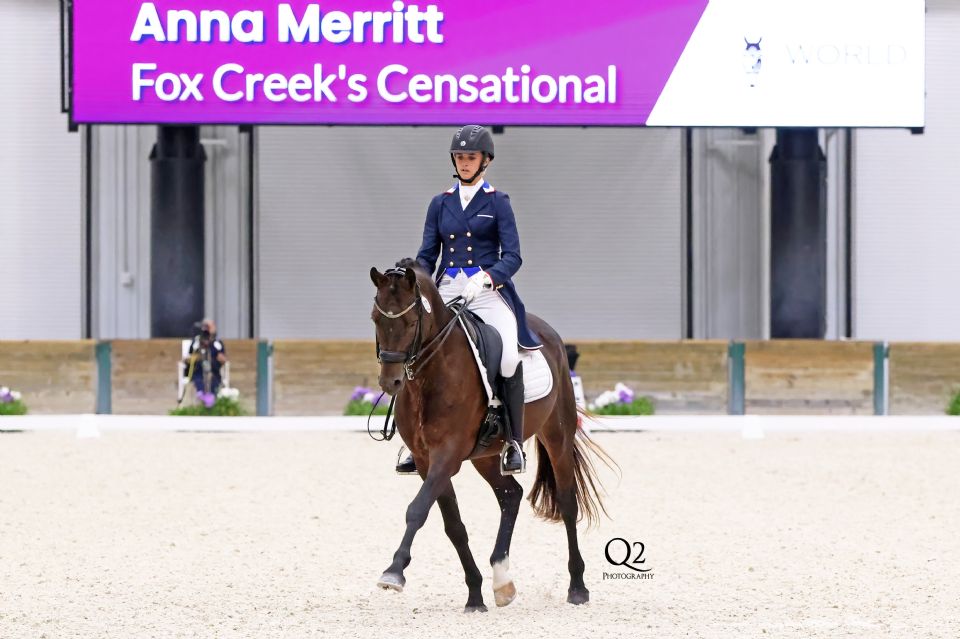 Tubman and First Apple, a 12-year-old KWPN stallion by Vivaldi, won the freestyle with a score of 73.675%. Kerrigan Gluch (USA) and Mejorano HGF, an 11-year-old PRE gelding by Grandioso owned by Hampton Green Farm, slotted into second place on a score of 72.620%. Third place went to Lehua Custer (USA) and F.J. Ramzes, a 12-year-old KWPN NA gelding by Juventus owned by Wendy Sasser. They scored 71.935%.

Tubman praised her partner, a horse she has been riding for more than three years. “My horse is just feeling better and better in the work every time we go in the ring,” she said. “Today we had quite a few mistakes in the test but it was a really good feeling, a really honest feeling. There was a lot of stuff that used to be a struggle that’s getting better, and things that used to be super easy that we had mistakes in. I think this is just part of the process. Every time I go down centerline with that horse, it’s the most phenomenal feeling and I have a smile on my face.”

With emphasis on the “available piaffe,” Tubman also noted that she added a piaffe in the test from previous competitions and did one-tempi changes directly into a pirouette. “That is quite difficult,” she noted. “The key is always to make sure you can still pull off your degree of difficulty and don't overface yourself or your horse and then it becomes a hot mess. It was a super fun test with some nice highlights, but definitely some mistakes.”

Tubman plans to return for the CDI3* in November at WEC and will work again to adjust her freestyle, which was designed by Terri Gallo. “We will add some fun music,” she revealed. “I love the Journey and a little bit of Boston. We will see what else we can throw in there to make it even more of a crowd-pleaser.”

Fire Fly and Marek Continue to Grow and Lead

This was only the second Grand Prix Special test that Marek and Fire Fly have done together. “What I said yesterday that I hoped would happen, he did today in the ring,” she related. “He felt even better than he did yesterday. I could get my piaffes on the spot, and he really showed off the passage. The Special has so much passage. He felt like he really fought for me in the test and was with me the whole time.”

After strong performances this winter, Marek and Fire Fly were added to the Kundrun USEF Dressage Development Program list. Marek has hopes that Fire Fly will continue to grow into a horse that could represent the U.S. in future championship competition.

“He and I came on so quickly and were getting scores of 70% with room for improvement,” said Marek, who represented the United States on a Nations Cup team in Wellington in 2020. “I’m getting to know him and see how consistent we are. He keeps getting better and better every show we go to. We have hopes of it one day.”

For more short-term plans, Marek anticipates debuting a new freestyle at the WEC November Dressage CDI3*. Working with Terri Gallo, she has the choreography and the music, but has not ridden to it yet. “Now that I know him a little bit more, we wanted to make it a little more complicated and get some higher degree of difficulty marks that I couldn’t do before,” she said.

Earlier in the day, Marek won again with Duvel, a 14-year-old KWPN gelding by Florencio owned by Cynthia Davila, in the Intermediate 1 CDI3* class with a score of 70.559%. In the Prix St. Georges CDI1*, Anna Merritt (USA) and Fox Creek’s Censational, a nine-year-old Zweibrücker stallion by Caramel owned by Dianna Orona, won the class with a score of 66.794%.