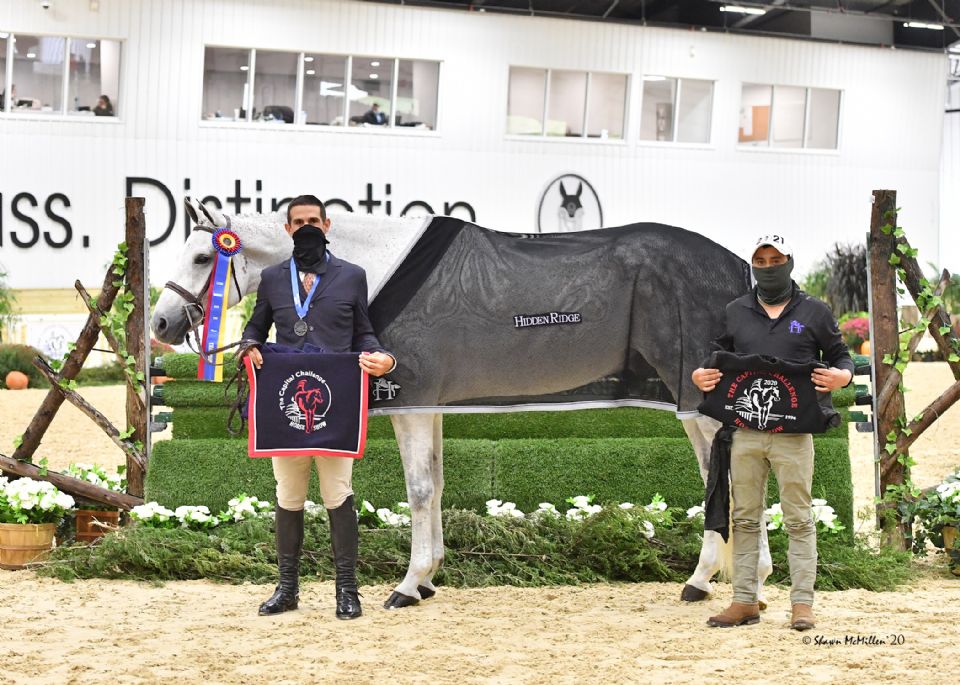 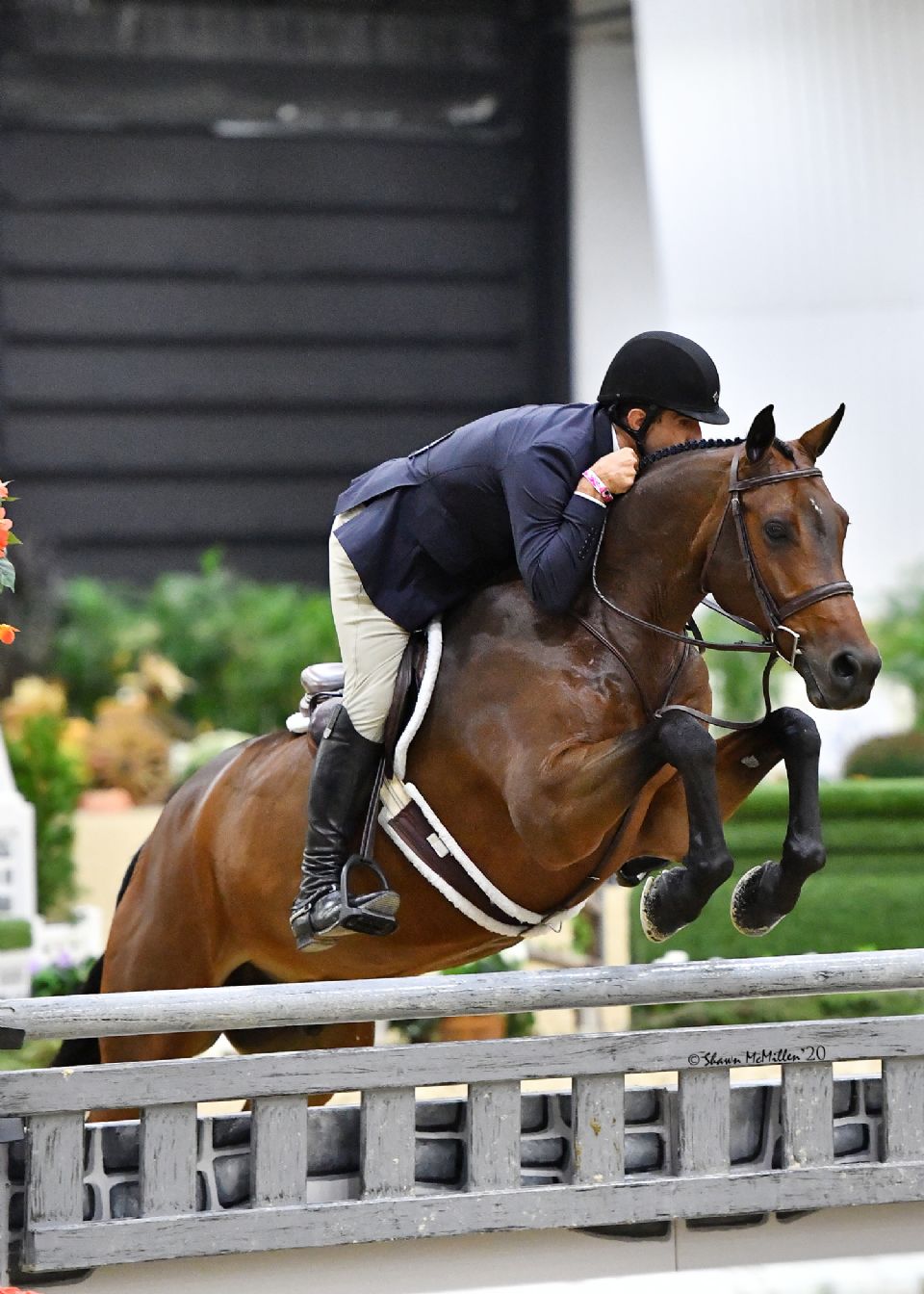 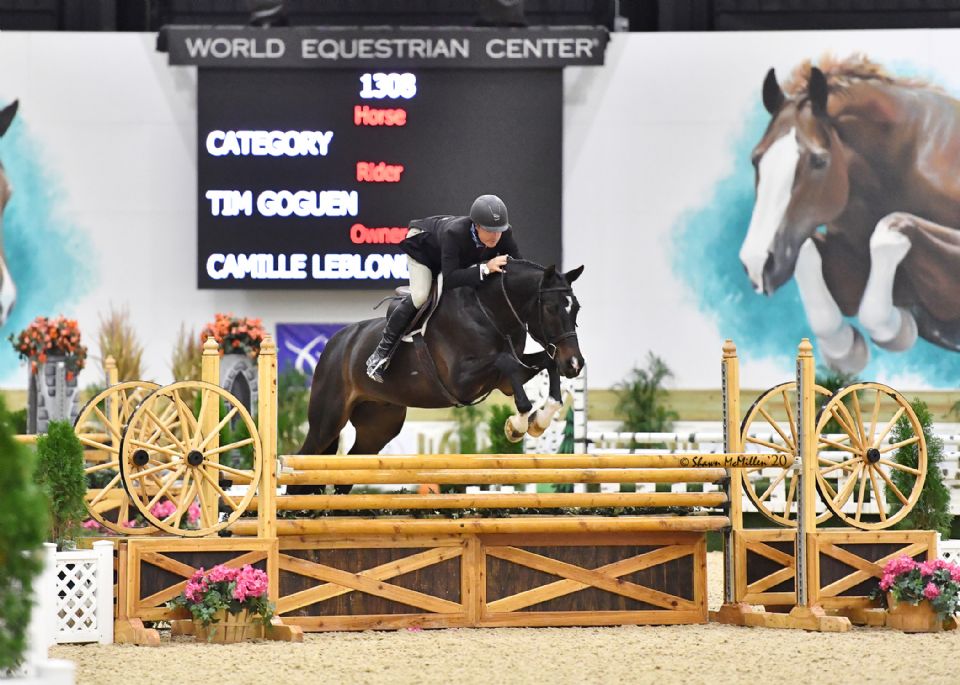 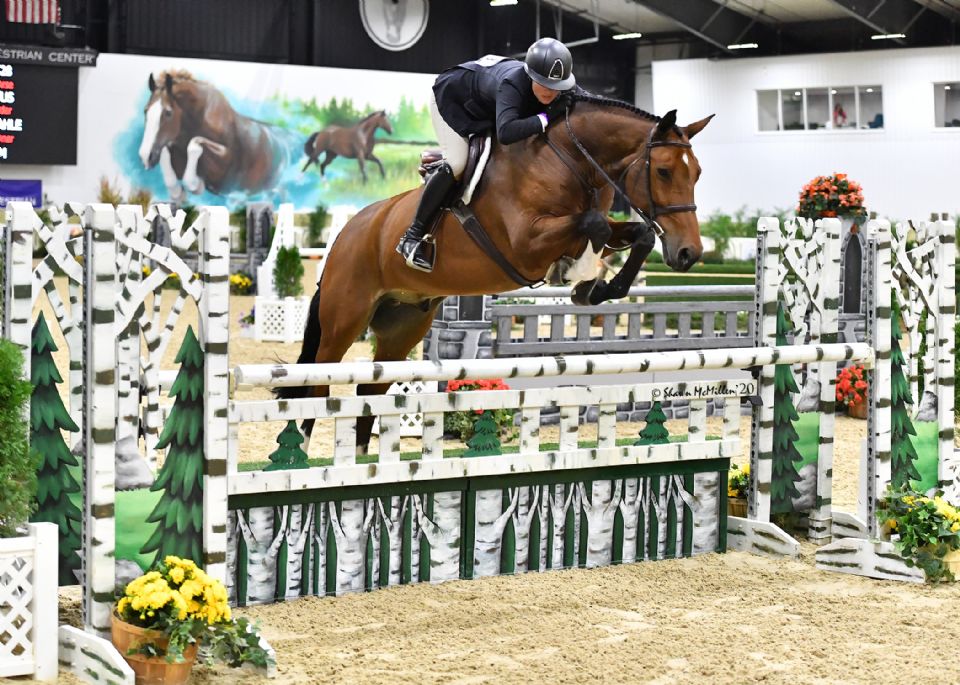 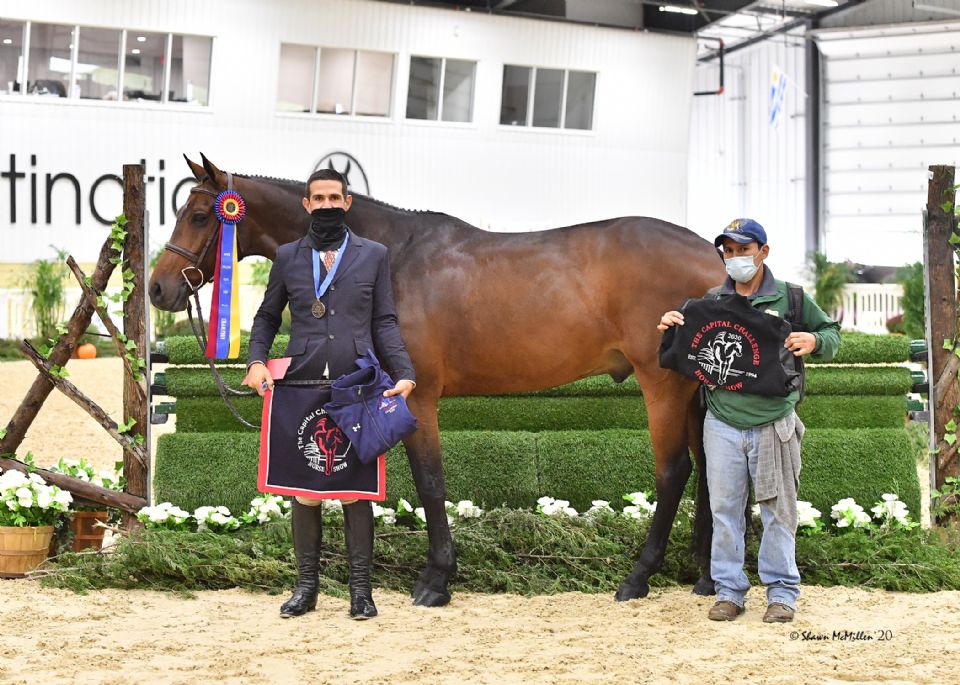 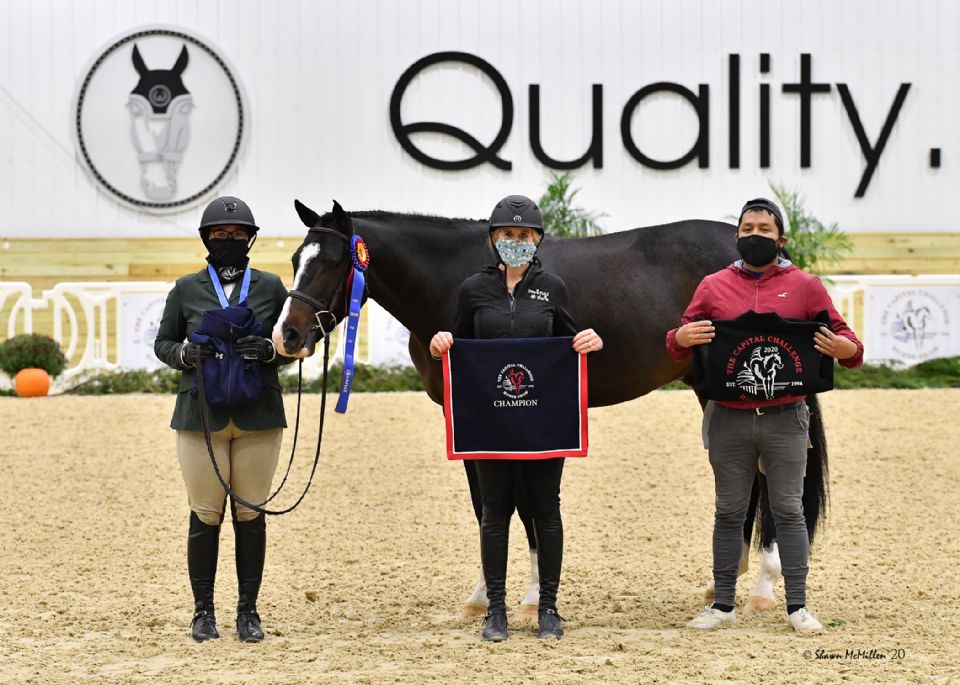 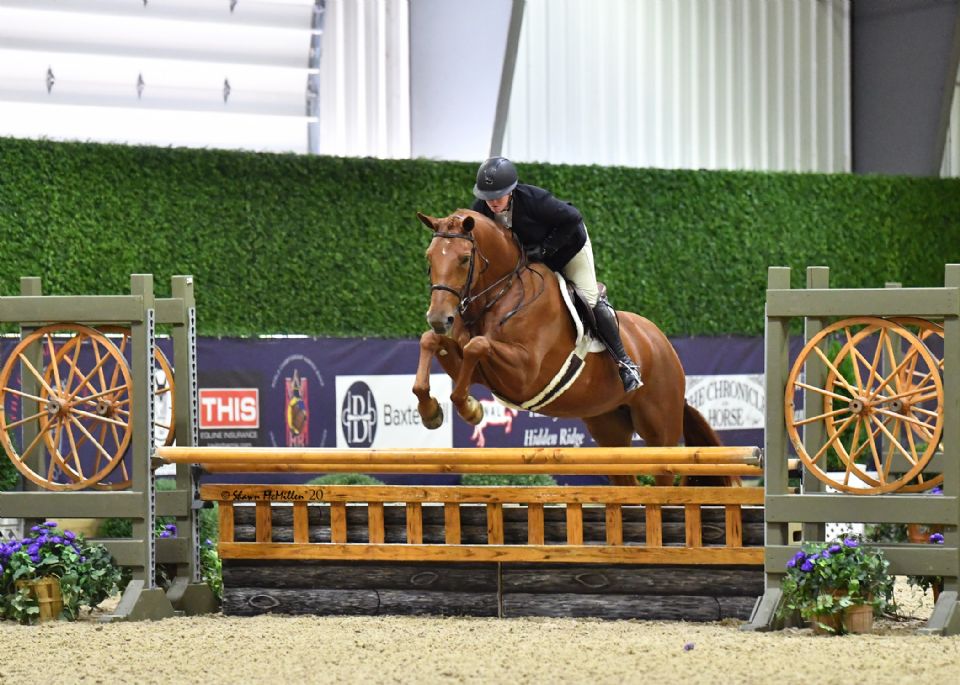 Kate Conover and Ever So Often.
Photo by Shawn McMillen Photography 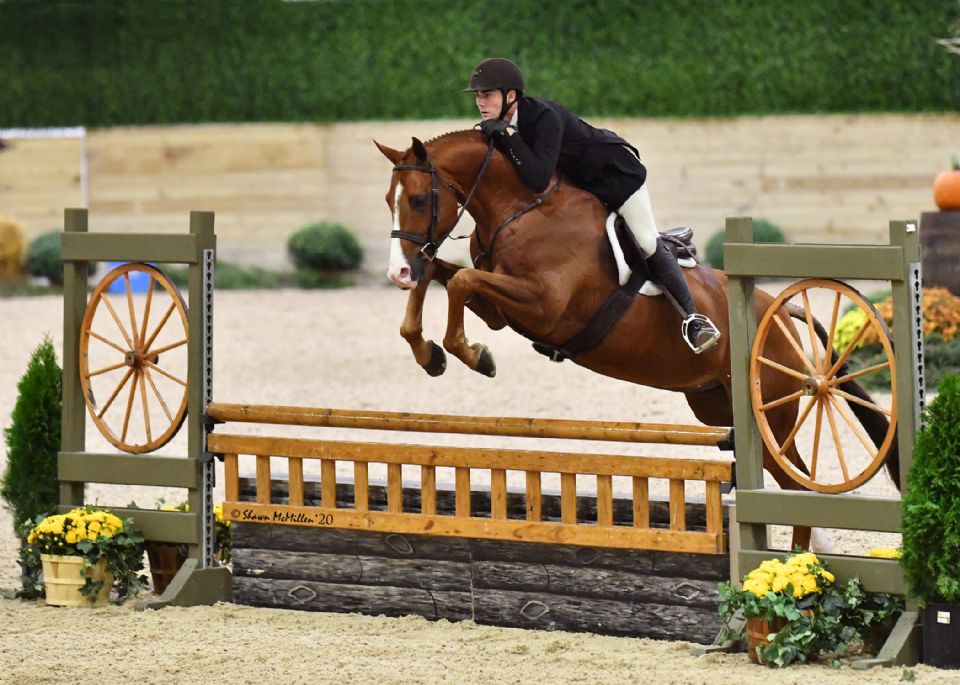 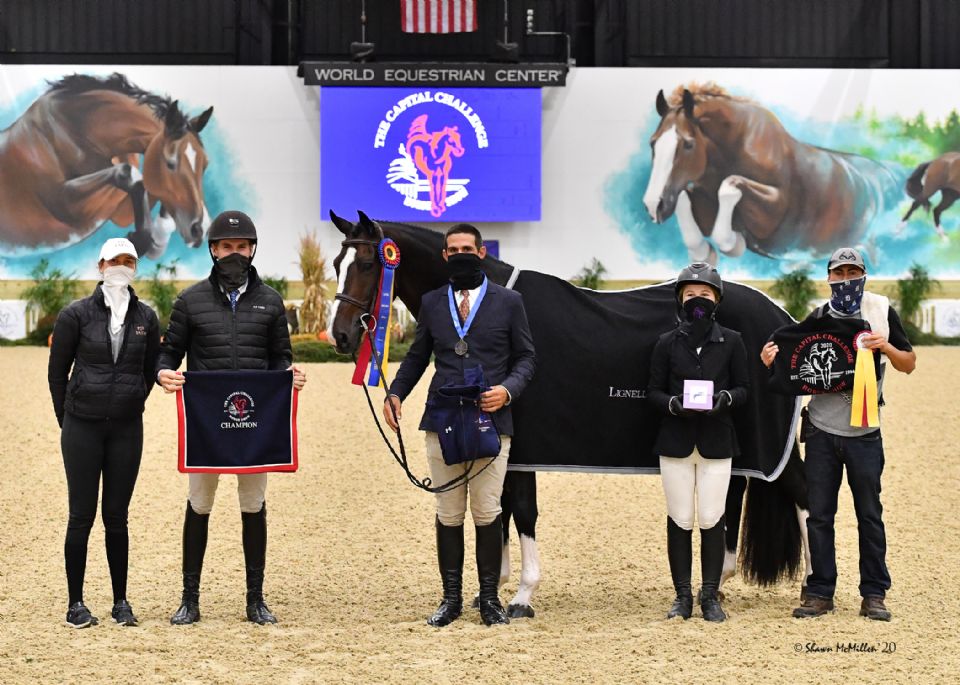 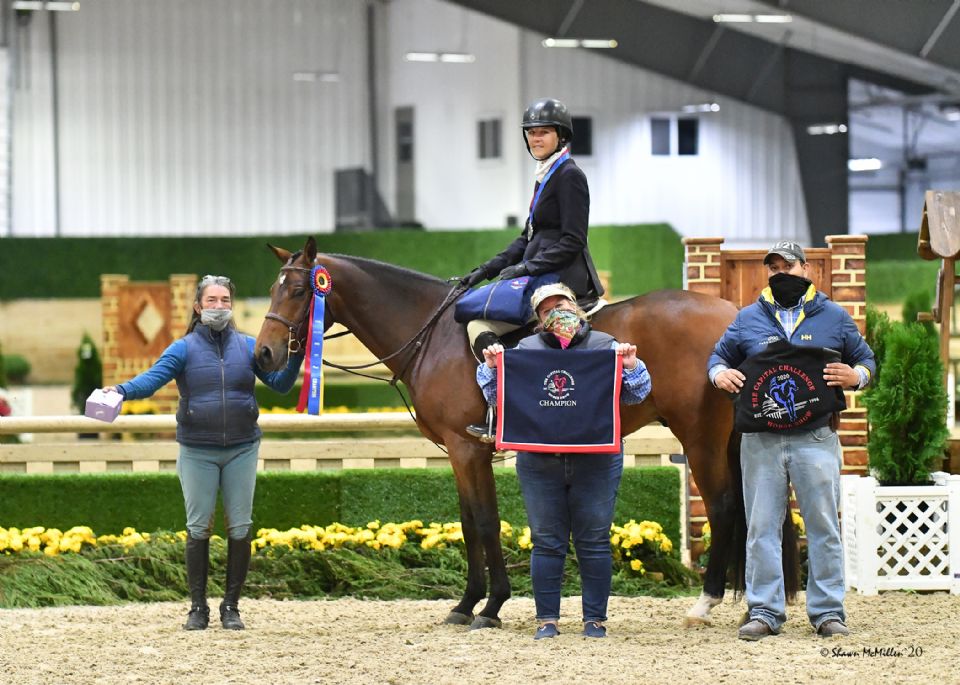 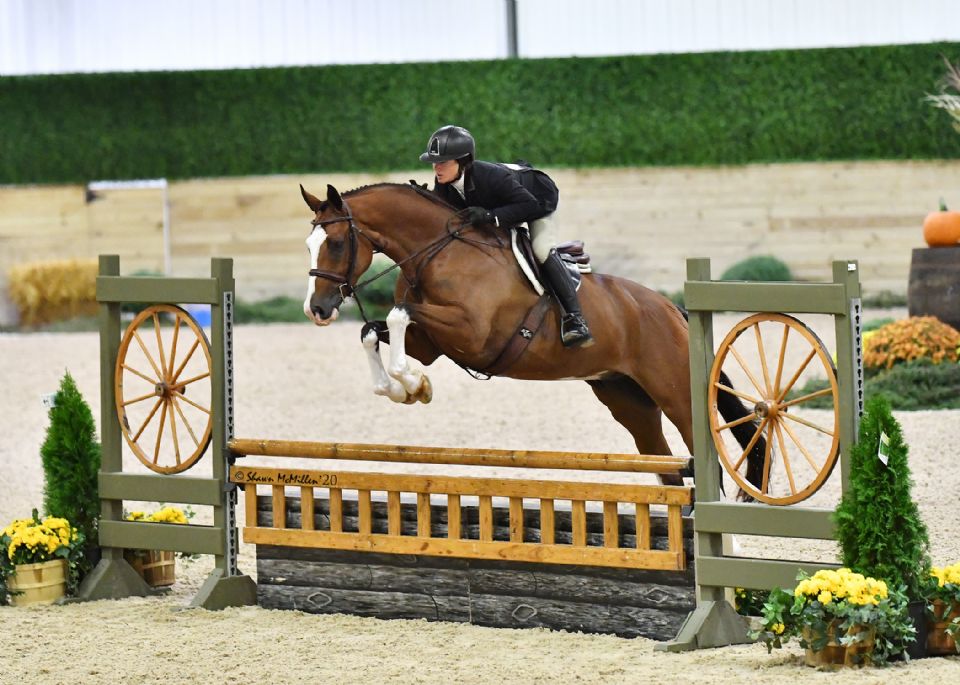 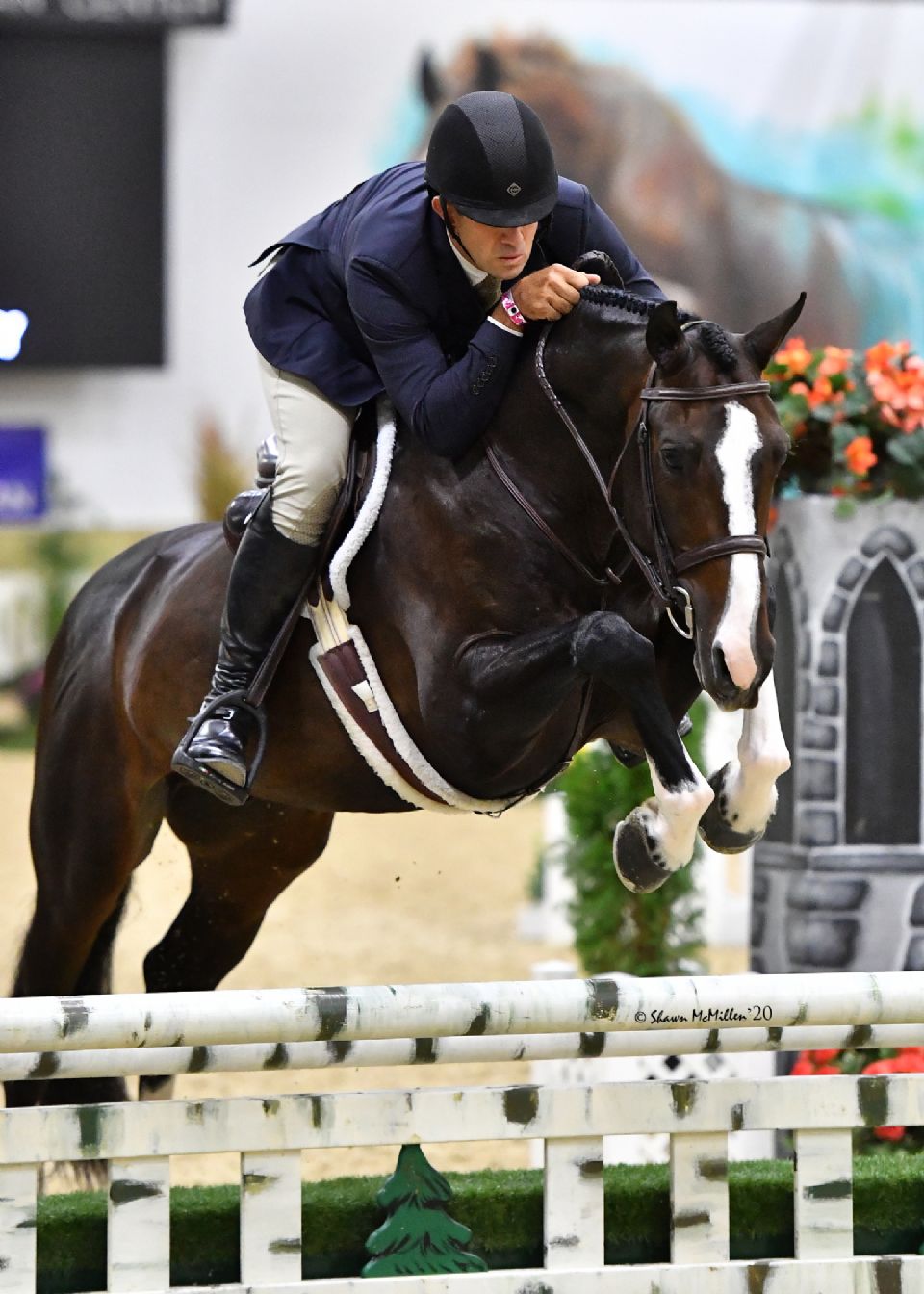 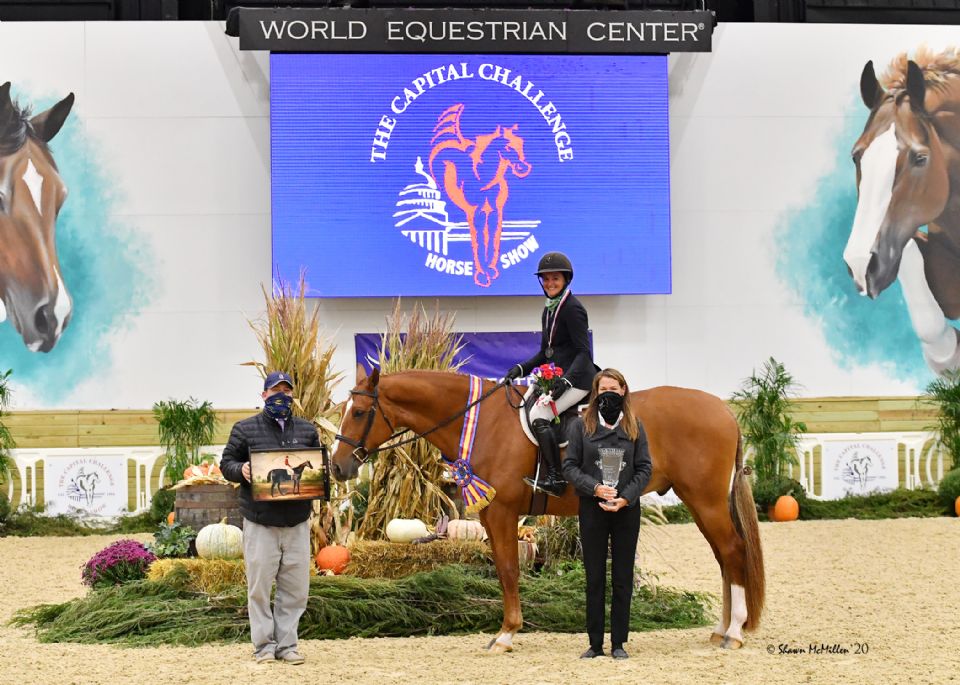 Ten professional hunter champions were named on Tuesday, September 29, at the Capital Challenge Horse Show in Wilmington, OH, which continues through Sunday, October 4, at the World Equestrian Center.

Immediately after securing his first Capital Challenge professional hunter championship, Coluccio went on to repeat the feat. He secured his second tricolor of the day in the Green Hunter 3’9” aboard Philadelphia Story, also owned by Balmoral.

“Balmoral sent me the horses about 10 days ago,” continued Coluccio, who picked up the rides for the California-based farm after their team was unable to make the trip to Ohio due to concerns surrounding the coronavirus pandemic and wildfires on the West Coast. “This is my first show with Philadelphia Story. We went in yesterday, and he won all of the classes. He had a little rub today, or I think he would have won the last one too.”

In total, Coluccio and the eight-year-old grey Hanoverian gelding claimed two wins and a second-place finish over fences and the win in the Green Hunter 3’9” Under Saddle on their way to the championship.

“[Philadelphia Story’s] awesome; he’s so nice to ride,” said Coluccio. “Everything that I’ve asked of him, he’s given 110 percent. After Friday’s rounds, everyone was like, ‘Who is that? Where did he come from?’ People knew him in California, but he hasn’t really been in the limelight that I know of. He kind of came on to the scene and really made a splash. It was very exciting, and I’m super grateful!”

Finishing as the reserve champions in the Green Conformation Hunter and Green Hunter 3’9” divisions were In Writing, ridden by Steven Gregorio and owned by Sterling Malnik, and Private I, ridden by Michael Britt – Leon and owned by Kelly Sims, respectively.

Not to be stopped at two championships, Coluccio also topped the Green Hunter 3’6” division riding Guggenheim, an 11-year-old warmblood gelding owned by the Lignelli Family. The pair finished first, second, and fourth over fences and second under saddle before being presented with the top honor for the Green Hunter 3’6” division. The reserve championship went to Trademark, ridden by Samantha Schaefer and owned by Take 3 LLC.

In the High Performance Hunter division, the championship went to Cassandra Kahle and Monday Balous. The duo topped last year’s $25,000 WCHR Professional Challenge and returned to Capital Challenge this year to continue their winning ways. With Kahle in the irons, the 11-year-old Dutch Warmblood gelding owned by Redfield Farm claimed the win under saddle and two wins and a fourth-place finish over fences.

The reserve championship in the High Performance Hunters was awarded to Schaefer and In the Know, owned by Madeline Schaefer.

In the High Performance Conformation Hunters, it was Tim Goguen and Category who went home with the top honor. The 12-year-old warmblood gelding, owned by Camille Leblond, earned two wins and a third place over fences and fourth in the under saddle.

Category has spent the last several years competing with his owner, but prior to that it was Goguen who had the ride on the gelding.

“I had him maybe four or five years ago,” explained Goguen, who just resumed the ride on Category now that the gelding is offered for sale. “I showed him in the First Years. It’s so fun to get him back. I haven’t ridden him in a long time, but he’s just a great horse. I was really glad to get him back – really lucky actually. It was a lot of fun.

“Capital Challenge is one of the biggest hunter horse shows that we have; it’s always a treat to be champion or reserve here,” said Goguen. “It’s kind of an odd year, but just to be able to have these events and keep going is great. I think Capital Challenge has done a great job of being able to use this [World Equestrian Center] facility.”

Finishing in reserve in the High Performance Conformation Hunters was High Society, ridden by Coluccio and owned by Alexa Elle Lignelli.

The day culminated with the World Championship Hunter Rider (WCHR) Hunter Under Saddle, with the win going to Suede ridden by Hillary Johnson and owned by Copper Fox LLC.