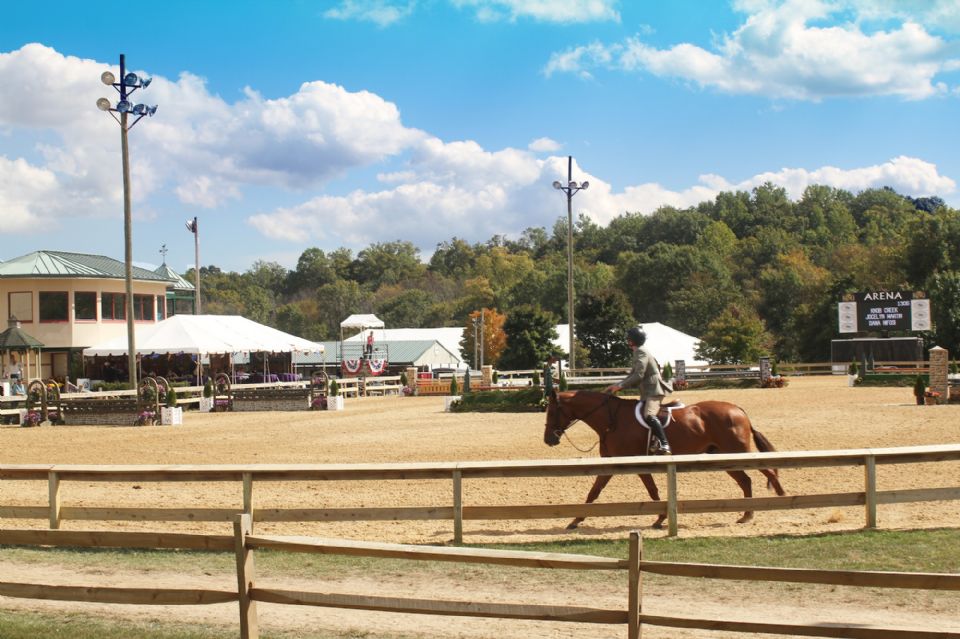 Upper Marlboro, MD – Capital Challenge Horse Show (CCHS), presented by Well Placed Smile, began the first day of elite hunter competition at The Show Place Arena at Prince George’s Equestrian Center, as the start of a number of divisions were underway including the Future Hunter divisions, which will be highlighted on Wednesday, September 30, in the Future Hunter North American Championship presented by Douglas Wheeler and Cismont Manor Farm. Live stream coverage from CCHS is available all day through the conclusion of competition on Sunday, October 4, covering both the indoor and outdoor arenas, on the EquestrianCounsel.com CCHS Live Webcast presented by Leone Equestrian Law.

Competition at CCHS today included the First and Second Year Working Hunter Divisions as well as the High Performance Hunter division presented by Rendezvous Farm, which attracted many of the best hunter combinations in the country as they prepare for WCHR Pro Challenge on Wednesday and WCHR Pro Finals on Friday. These divisions will crown their champions tomorrow, Tuesday, September 29 and Wednesday, October 30.

Competition at Capital Challenge Horse Show will continue throughout the week. Don’t miss a beat and tune in for complete live stream coverage of many exciting classes still ahead!

EquestrianCounsel.com CCHS Live Webcast presented by Leone Equestrian Law will include classes such as:

Tomorrow’s competition will begin with the Regular Conformation Model at 7:30am and will honor divisional champions for select hunter classes.