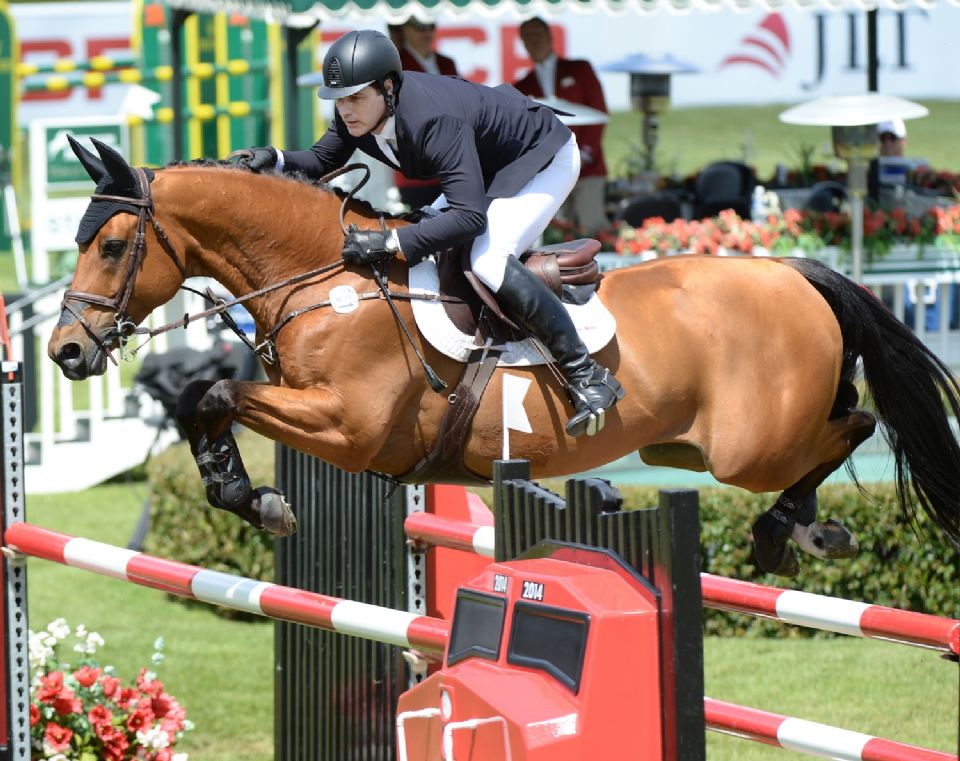 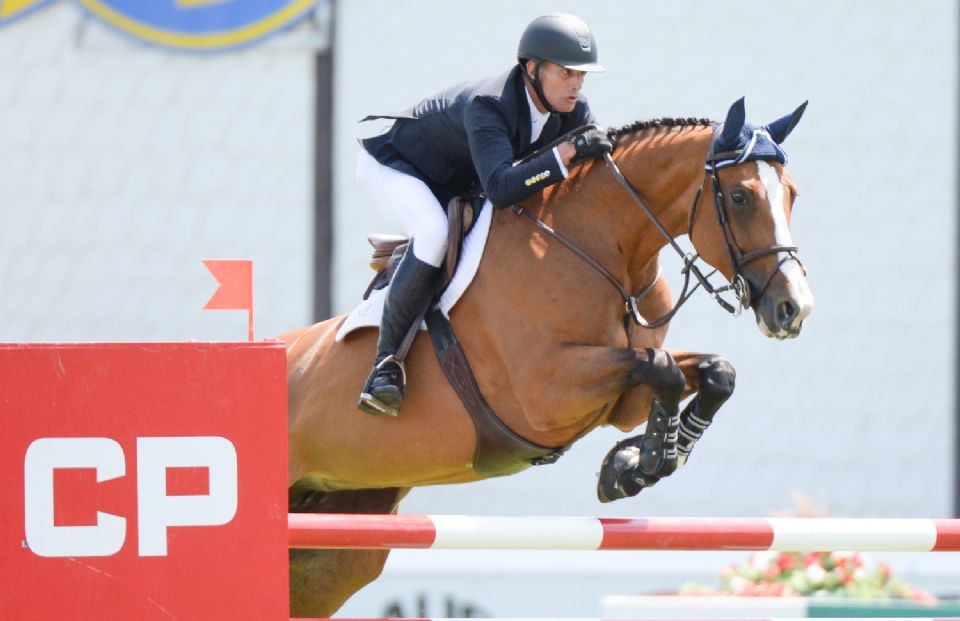 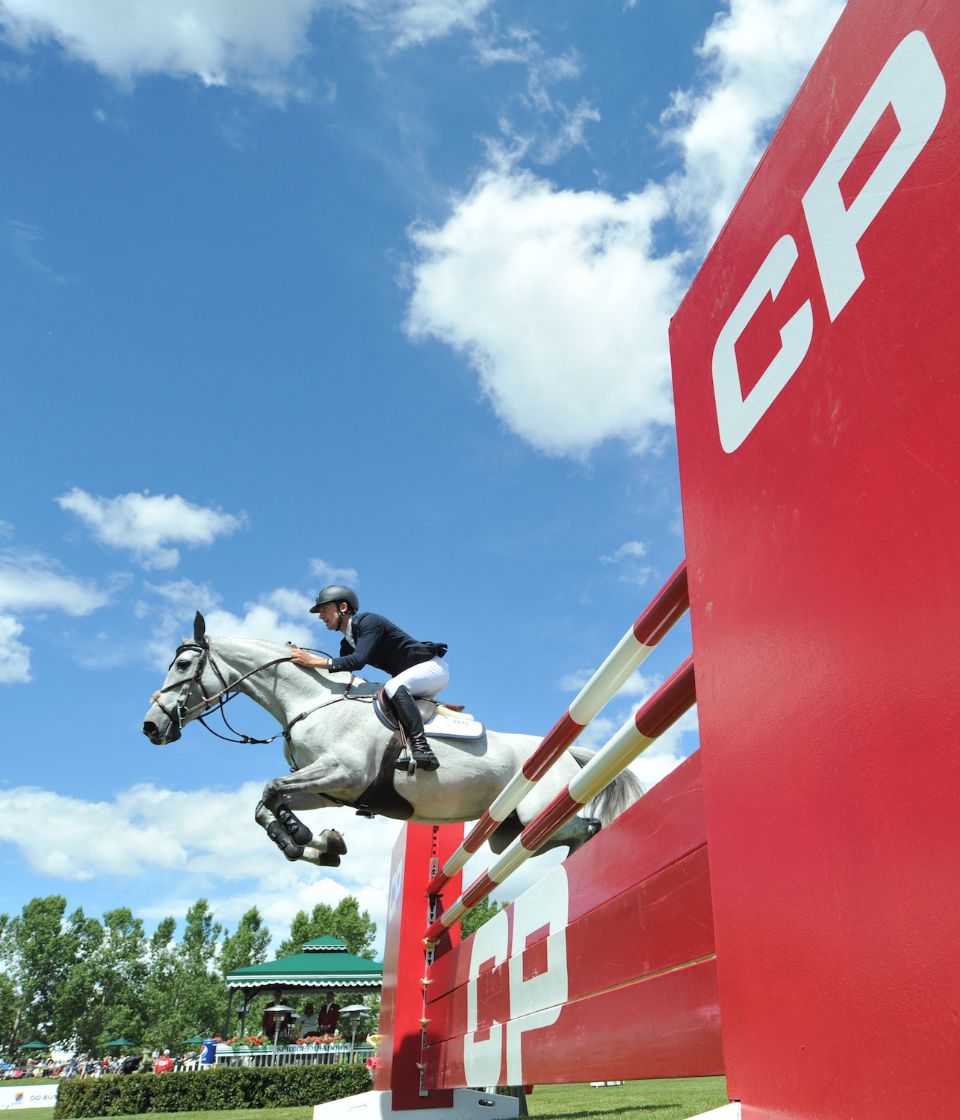 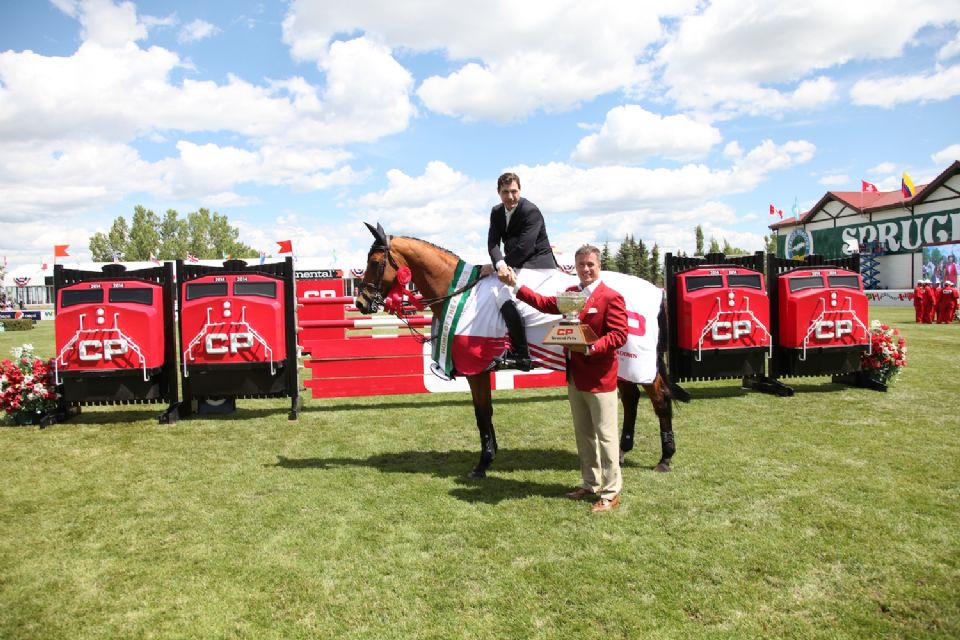 It was a picture perfect day for the biggest event of the Spruce Meadows ‘Continental CSI 5* Tournament, and it was a storybook ending for Peter Lutz (USA) and Robin de Ponthual, who scored their biggest victory together in the $375,000 CP Grand Prix. Second place went to Charlie Jacobs (USA) with Cassinja S, while Andrew Ramsay (USA) and California 62 were third. This marked the final day of the Spruce Meadows ‘Continental’ Tournament, the second of four weeks in the 2016 Spruce Meadows Summer Series.

Thirty-three entries contested a course designed by Luc Musette of Belgium. There were only three who found the ticket to a clear round and would advance to the jump-off. While there were 10 competitors who had just four faults, the rails down were spread out around the course.

“That’s the measure of a good course designer, when there isn’t a bogey or a gotcha fence,” said Jacobs. “The oxers, specifically, I thought were quite wide, especially when you consider the last line was a very skinny vertical in a quite steady five (strides) to a 1.80m wide oxer. It was a challenge, and it asked a lot of us.”

The first in the jump-off was Charlie Jacobs with Cassinja S, a ten-year-old Zweibrucker mare (Carinjo x Cassini I). They had a steady ride through the course to finish in 41.87 seconds and no faults.

“It’s been a real fulfilling experience, especially today, to come out here and jump a course of this magnitude and this delicate and have such a wonderful turnout,” said Jacobs.

Jacobs felt that Cassinja’s education has grown in those two weeks. He noted, “If you talk to fellow horsemen and say that you brought a horse to Spruce Meadows and they did well, it’s a very high watermark that knowledgeable horse people acknowledge and respect. This is a place to bring a horse to season.”

“It’s a pleasure to be here,” he said of Spruce Meadows. “It’s especially nice that my son was in the audience today, today being Father’s Day. He and I came up here and spent the two weeks riding horses together, so it’s been a great experience.”

Next in the jump-off was Ramsay on California 62. The 12-year-old Holsteiner mare (Cassini I x Quidam de Revel) raced through the course, but the speed caught up to them at the second to last jump on course. They finished on four faults in 39.72 seconds for third place.

California 62 is a new ride for Ramsay, who only started with her at the beginning of the year.

He said, “This is by far the biggest accomplishment so far. She’s quite careful and limited on stride, so we’re working on that. The lines had a lot of options, which worked for us today. She’s a wonderful mare, and I think we’ll have to keep getting used to each other.”

Lutz could not go easy in the jump-off, as he had to go clear and quicker than Jacobs. He did just that, finishing in 40.43 seconds and no faults for the win. “I think I was a little faster to the second jump and also to the ‘All Canada’ jump. I took a gallop at it. On the way to last jump, it just felt like it came up perfectly,” he recalled.

Lutz has been riding Robin de Ponthual, an 11-year-old Selle Francais gelding (Elf D’or x Calypso D’Herbiers*Ecolit) owned by Michael Meller and Katherine Gallagher, for two years. This is their biggest victory together, but they have steadily been rising in the ranks of show jumping. They won a World Cup qualifier in Las Vegas in 2015 and completed a clear round at the 2016 FEI World Cup Finals.

He described, “We’ve built a nice relationship, and I know that I can trust the horse. I know that he can jump any size jump. He’s very brave, and I think he trusts me. We have a good bond. It’s nice to have a horse for two years. I know he can do anything and he believes he can too, so it’s a good match.”

Lutz competed at Spruce Meadows two years ago, but in the National division. He was very excited to gain such a prestigious victory.

“It’s just an incredible facility,” he said. “It’s exciting to be here, doing this level, with this great horse. This horse has been great for us for almost two years now. He’s been stepping up to this level. He’s showing us he can do it. But to actually come here and win is thrilling for us.”