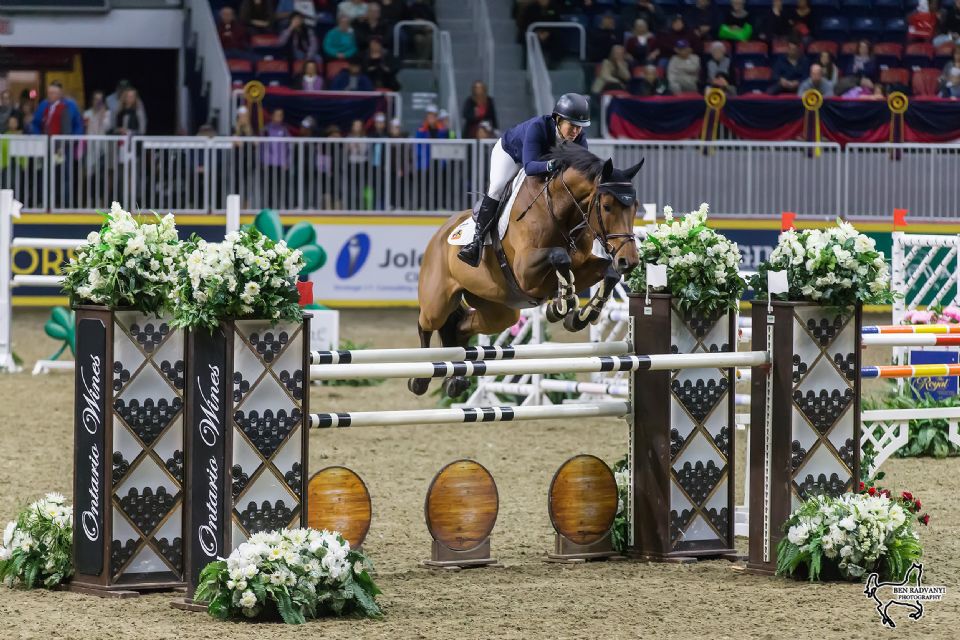 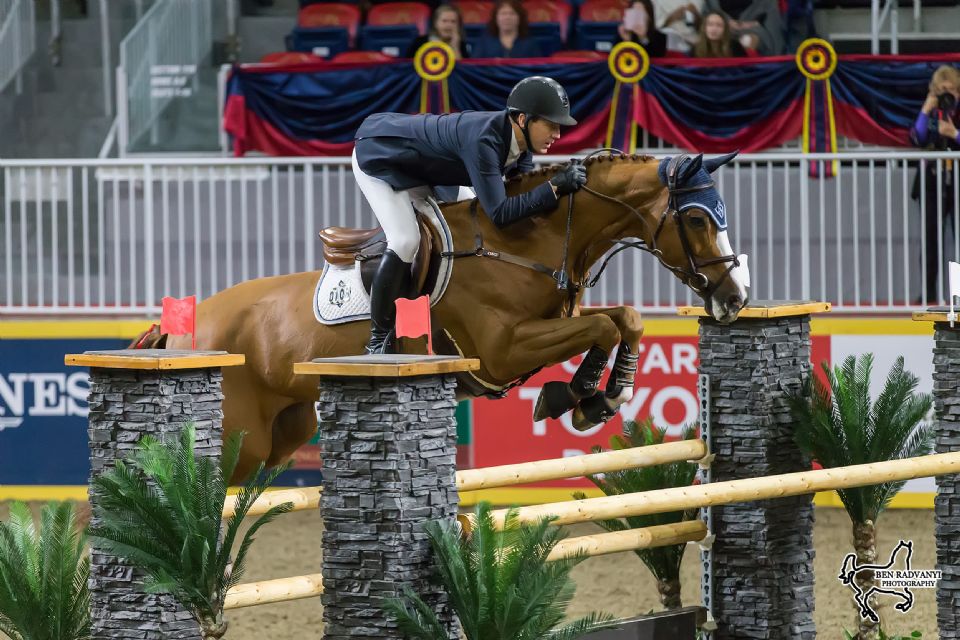 Madden of Cazenovia, NY, was the one to beat in a 15-horse jump-off over tracks set by 2016 Rio Olympic course designer Guilherme Jorge of Brazil.  She and Coach, a nine-year-old Holsteiner gelding (Con Air x Corofino I) owned by Abigail Wexner, crossed the timers double clear in 30.35 seconds for the victory.

Less than a second separated the top five with Madden unseating fellow U.S. show jumping athlete Andrew Kocher from the top of the leaderboard.  The Oklahoma native settled in second place with a time of 30.60 seconds riding Artemise du Houssoit, owned by Double H Farm.  Belgium’s Nicola Philippaerts jumped into third aboard Aikido Z with a time of 30.70 seconds while the number-one ranked rider in the world and winner of Wednesday night’s Longines FEI World CupTM Jumping Toronto, Kent Farrington of the United States, took fourth riding Creedance with a clear jump-off effort in a time of 30.73 seconds.  Ireland’s Daniel Coyle rounded out the top five, having posted the first double-clear performance with a time of 30.97 seconds aboard Martha Louise.

“I try to come to The Royal every year because I think this show is fantastic; the jumping is always good here and the crowd is incredible,” said Madden, who also placed third riding Coach in the $35,000 International Jumper Power and Speed on Tuesday, November 7.  “This year, I have a great string that I am building, and they needed some indoor experience.  Coach has all the potential in the world, and today I used his huge stride to my advantage and was able to do less strides around the ends of the ring, which not very many other riders could do.”

Madden has selected Coach as her mount for the $87,000 GroupBy Big Ben Challenge on Saturday night, November 11, noting, “I am just starting to step him up into the top level.  After two classes this week, I feel he is settled enough and ready for a big class on Saturday.”

On Thursday evening, three-time U.S. Olympic medalist McLain Ward of Brewster, NY, won the $35,000 International Accumulator Challenge over Ireland’s Shane Sweetnam.  Both riders collected 65 points over the course, but Ward had an edge on the clock with a time of 49.88 seconds riding HH Callas for owner Double H Farm, while Sweetnam broke the timers in 50.47 seconds aboard Don’t Touch du Bois, owned by Spy Coast Farm, Paul Tracy, and Sweet Oak Farm.

Earlier on Thursday, Nicole Walker of Aurora, ON, won the opening phase of the Alfred Rogers Uplands Under 25 National Championship riding Excellent B.  The pair posted one of two clear rounds over the speed track, stopping the timers at 61.07 to hold off runner-up Veronica Bot of Burlington, ON, who rode Quidam's Caprice M to a time of 61.62 seconds for owner AEI Corp.

Alexanne Thibault of Boucherville, QC, took third riding Chacco Prime with the fastest four-fault effort, while Julia Madigan of Vancouver, BC, finished fourth on Farfelu du Printemps, owned by John Madigan.  Ashley James of Senneville, QC, rounded out the top five riding Dartagnan Z.  The Under 25 National Championship concludes on Saturday, November 11, when the overall champion will be crowned.