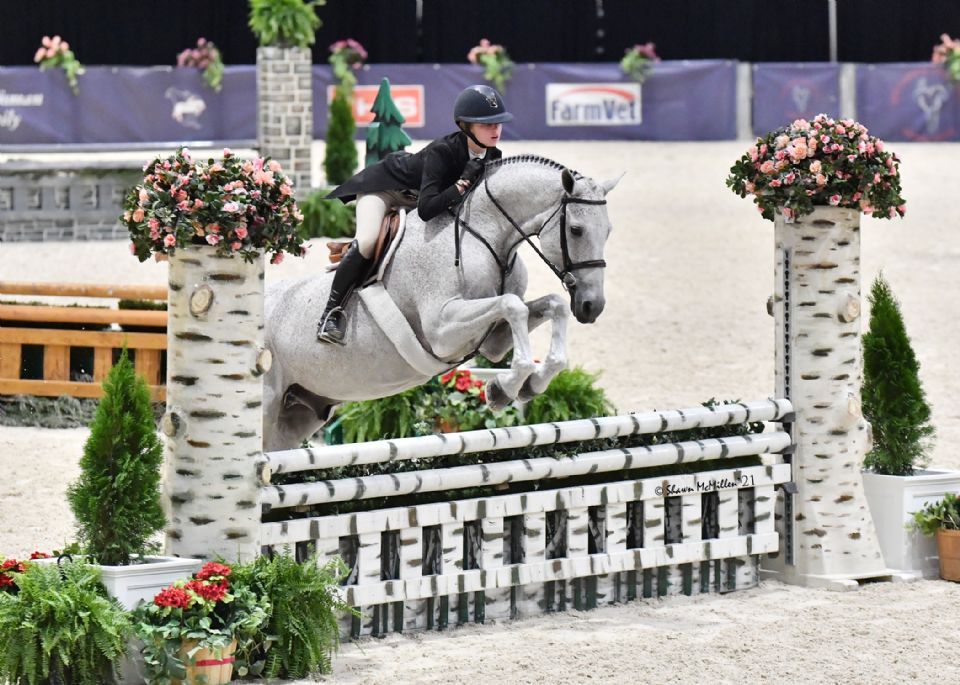 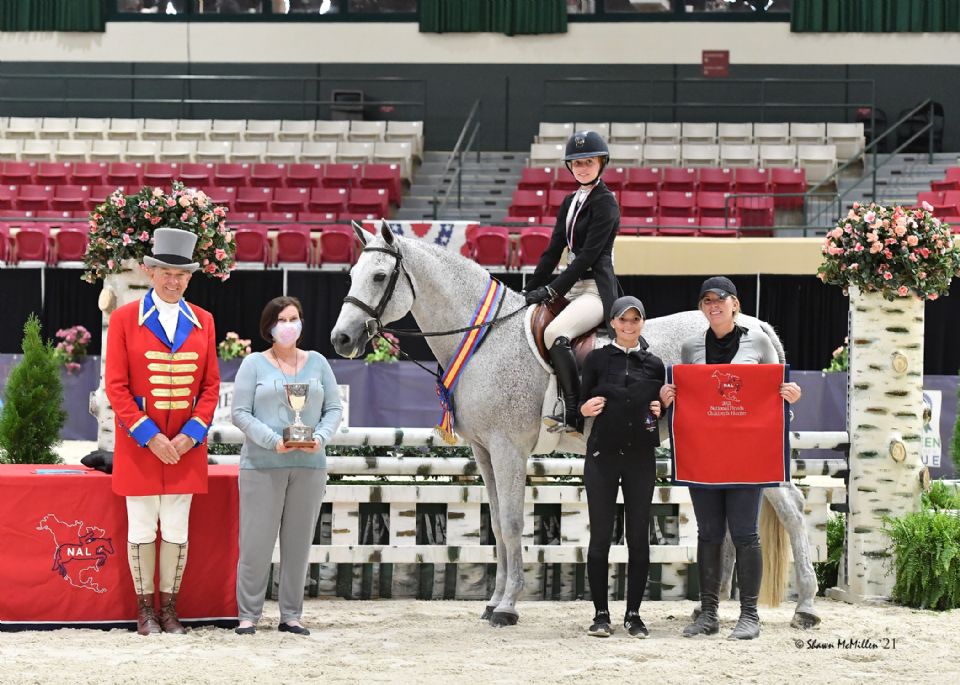 Ava Berman and Kingsbury in their winning presentation for the NAL Children's Hunter Finals, presented by Annette Longenecker of Ryegate for NAL.
Photo by Shawn McMillen Photography

Riders qualified for this year-end final by accumulating points in the NAL Children’s Hunter competitions throughout the year. Berman, 13, bested a field of 28 horse-and-rider combinations after earning a score of 86 in the first round and an 84 in the second round, for a combined score of 170.

The second-place honor was awarded to Samantha Yagoda, of Washington, D.C., aboard her own Cortado. This pair earned a first round score of 82, which was combined with their second-round score of 86 for a total 168 points. Ellie Sadrian of Summit, New Jersey, rode Signorino Family Farm LLC’s Denmark to a third-place finish with scores of 81, 83, and a total score of 164.

“I thought [the first round] was probably one of my best rounds I’ve ever had on him,” said Berman, who trains with Samantha Schaefer and Kate Conover. “He was relaxed and having a good time in here. I think he was just happy.”

Berman returned to the second round sitting in second place and knew she was going to have to impress the judges to take over the lead.

“I was kind of nervous,” continued Berman regarding the second round. “I just wanted to have fun because this is one of my last rounds with him. I wanted to be relaxed and have a good time. I’m probably happiest about the four [stride] to two [stride line]. That was the easiest one both rounds, and I think it rode really well.”

Berman has been paired with Kingsbury, a 15-year-old Warmblood gelding, for more than four years. This week may be one Berman’s last horse shows with Kingsbury, and the rider was happy to end their partnership on a high note.

“He was the first horse I ever had,” explained Berman. “He was my first Children’s Hunter horse. Someone is trying him soon, and it’s probably one of my last shows with him.”

Competition at the Capital Challenge Horse Show on Monday also featured the start of the professional hunter divisions.

Competition will continue at the 2021 Capital Challenge Horse Show on Tuesday with the professional hunter divisions starting at 7:30 a.m in the Show Place Arena and 7 a.m. in the outdoor ring. Tuesday competition also features the $10,000 NAL Adult Hunter Finals.