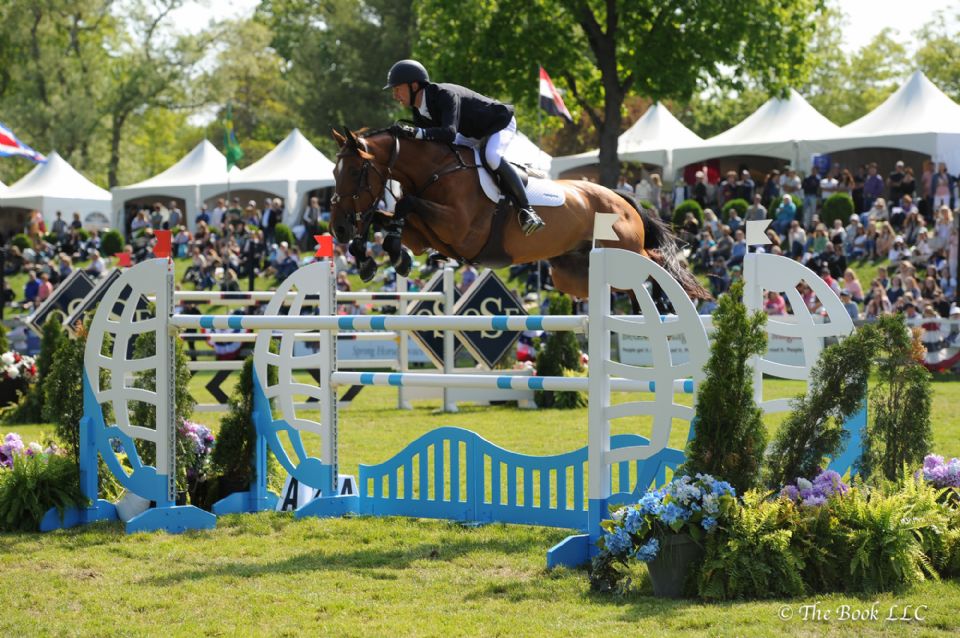 Andrew Ramsay and Cocq a Doodle won the $130,000 Empire State Grand Prix CSI3*, presented by The Kincade Group, on Sunday, May 21, to conclude the 2017 Old Salem Farm Spring Horse Shows at Old Salem Farm in North Salem, NY.
Photo by The Book 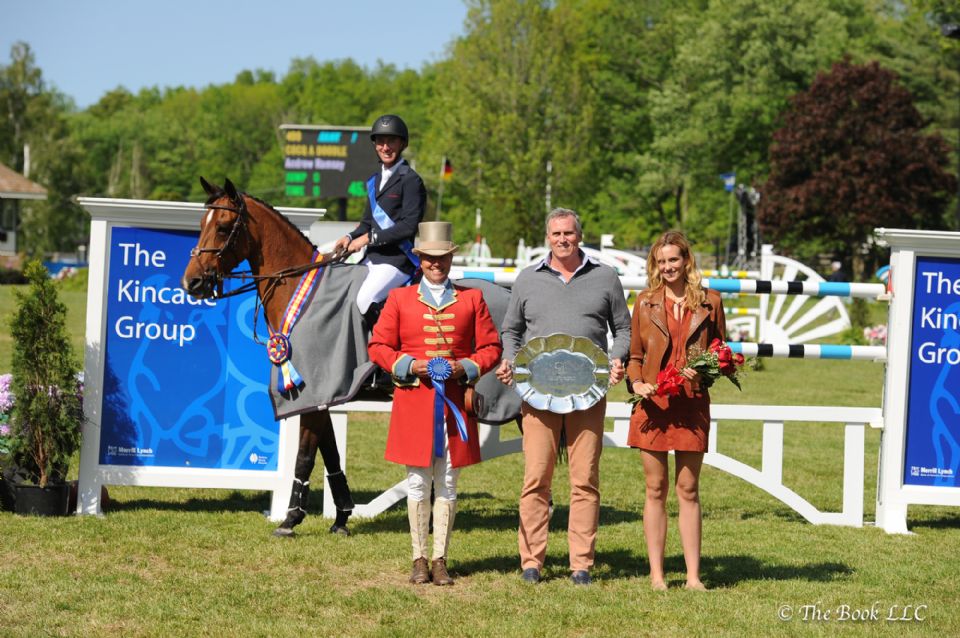 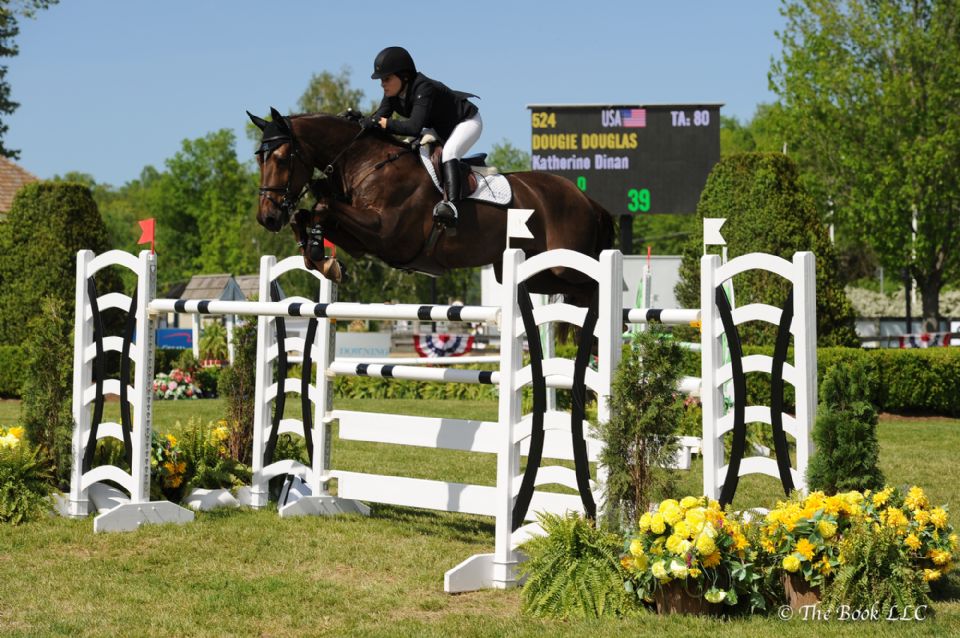 Katie Dinan and Dougie Douglas were second in the $130,000 Empire State Grand Prix CSI3*, presented by The Kincade Group, on Sunday, May 21, to conclude the 2017 Old Salem Farm Spring Horse Shows at Old Salem Farm in North Salem, NY.
Photo by The Book 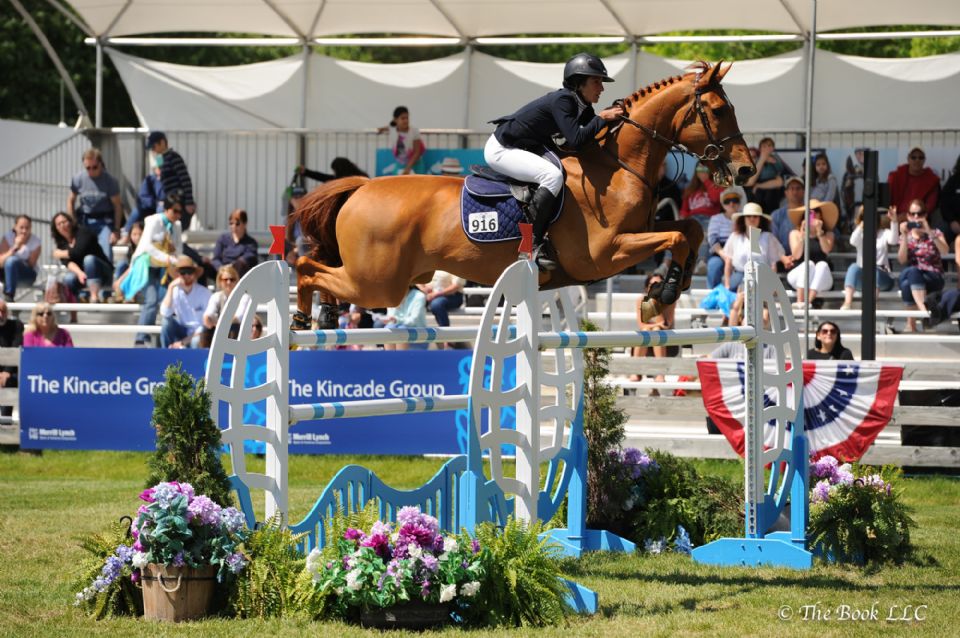 Lauren Tisbo and Brindis Bogibo finished third in the $130,000 Empire State Grand Prix CSI3*, presented by The Kincade Group, on Sunday, May 21, to conclude the 2017 Old Salem Farm Spring Horse Shows at Old Salem Farm in North Salem, NY.
Photo by The Book 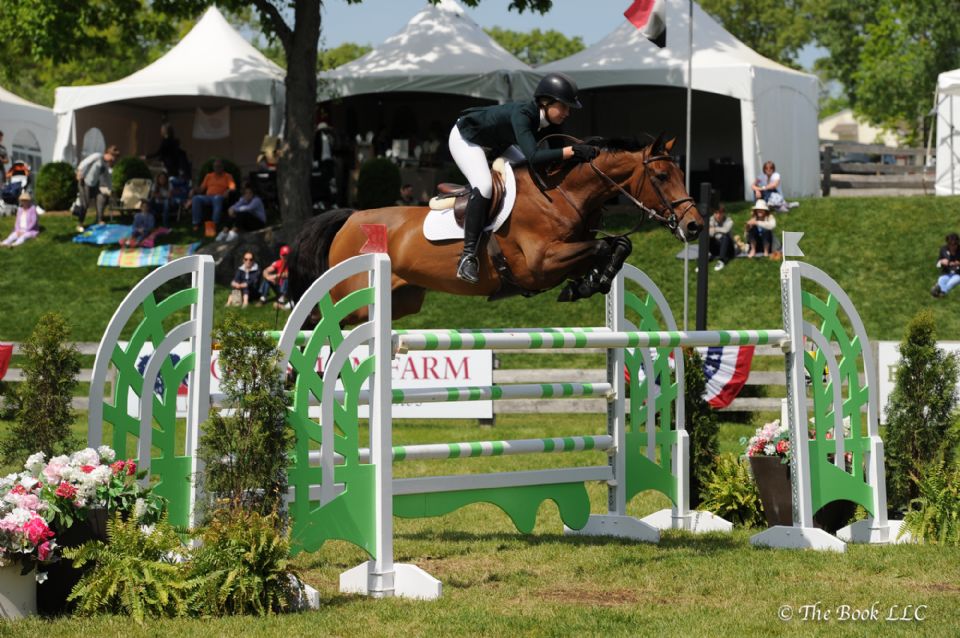 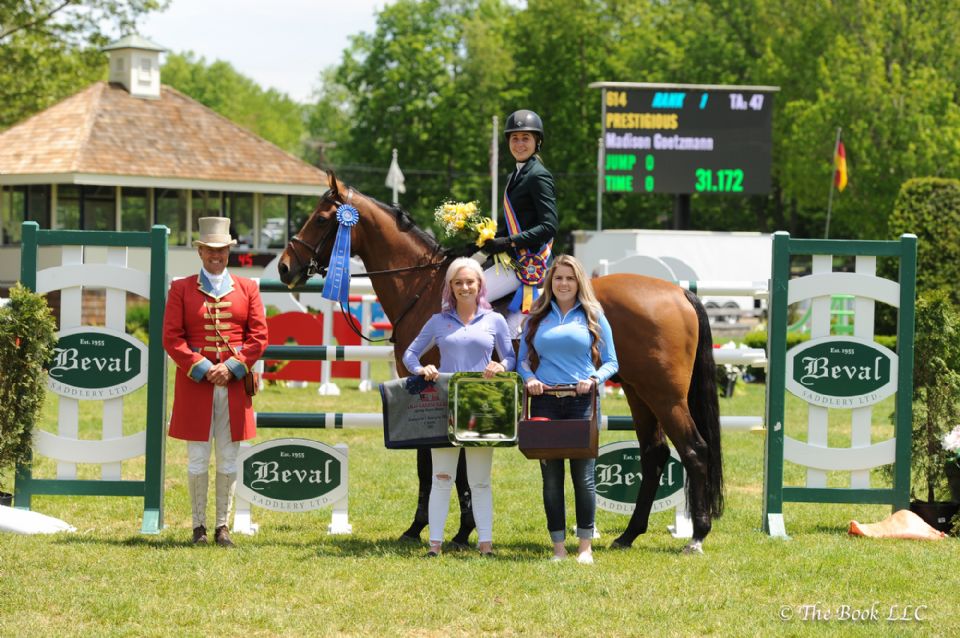 After a second-place finish in the feature grand prix during the first week of the Old Salem Farm Spring Horse Shows, Ramsay and Cocq a Doodle, owned by The Doodle Group, moved up for a victory in the $130,000 Empire State Grand Prix, presented by The Kincade Group, in a three-horse jump-off. The only double-clear effort of the day belonged to Ramsay, who stopped the clock at 45.50 seconds over a jump-off track built by 2017 Longines FEI World Cup Final course designer Alan Wade (IRL).

Katie Dinan (USA) had the speed to beat Ramsay, but pulled a single rail in the final trip of the jump-off to settle for second place in 45.17 seconds riding Dougie Douglas, owned by Grant Road Partners, LLC. Third went to Lauren Tisbo (USA) who was the first rider to jump clean in the opening round, and stood as the lone clear until the final two riders joined her for a jump-off. She and Brindis Bogibo, owned by Tequestrian Farms, LLC, finished on four faults in 49.68 seconds.

Christine McCrea (USA) was clear over the first-round track, but had one time fault to finish fourth riding Nektarina B, owned by Candy Tribble. The fastest four-fault round belonged to McLain Ward (USA) and HH Carlos Z to round out the top five.

“It has been awhile, probably two or three years, since I’ve won a grand prix,” said Ramsay, who hails from San Francisco, CA, but is now based in Wellington, FL. “It is a great feeling to do it again. It has been fantastic to have Doodle here on the field and be good enough today to get it done. It’s been a very good weekend.”

“The field has a really special feeling to it,” said Ramsay of the Old Salem Farm Grand Prix Field. “It is a nice grass field; there’s pitch to it, but it’s not rough ground. It’s nice, good-quality, even ground. The field and the setting, the stone, the barn above, people picnicking on the side, it has a special feeling.”

“She really thrives on these bigger fields where I can let her gallop some,” said Ramsay. “She’s really a fighter, a trier, and she really wants to do it. That’s what really counts. Today, I’d say it was about 90% her and 10% me. I just pointed her at the fence, made some bobbles, and she took care of the rest.”

Second-place rider and New York local, Dinan, joined the victory gallop in front of a hometown crowd with Dougie Douglas, a 12-year-old Irish Sport horse gelding (VDL Douglas x High Roller). Dinan has missed out on participating in this week’s competition at the Old Salem Farm Spring Horse Shows in the past while studying at Harvard University, but now a recent graduate, she is happy to be competing at Old Salem Farm again. She said, “I think because of the prize money, the venue, and the crowd, this horse show has always stood higher in importance relative to its actual FEI ranking.”

“People always bring good horses here and try to win the grand prix,” continued Dinan, whose family owns a farm in North Salem, NY. “I think a grand prix of this level, you should be rewarded with FEI points. That’s great for the competitors, but I think it also means something to the spectators to know that this is an international competition. The same crowd comes every year. They actually get to know the horses and the riders. It’s a real local following in North Salem, and for this community, Old Salem and the Gold Cup are real highlights. People make a priority of coming here. As a competitor, I think that makes it really special.”

Tisbo earned a third-place ribbon on a mount she started riding this past fall. Brindis Bogibo, an 11-year-old Dutch Warmblood gelding (Grand Pilot I x Pacific), came to her from U.S. rider Andrew Welles, and Tisbo has been taking her time getting to know the mount.

“All of a sudden, it seems to be clicking and he’s been really consistent since the last week of [the Winter Equestrian Festival],” she said. “He has been clear or had four faults in his last three shows. I am very happy with the progress. I still need to work on jump-offs, but very happy!”


Earlier in the day on the Grand Prix Field, Madison Goetzmann, 17, of Skeanatles, NY, won the $15,000 High Junior/Amateur-Owner Jumper Classic, presented by Beval Saddlery, riding her own Prestigious. They bested the eight horses that advanced to the jump-off with a clear round over the short course in 31.172 seconds.


“He’s an incredible horse,” said Goetzmann of her ten-year-old Westphalian gelding (Con Cento x Corofino). “He has amazing scope, but we have been taking our time. Each week, things just keep getting better and better, and we’ve developed a better partnership.


“This week is probably the best he’s felt to me and the best I’ve connected with him,” continued Goetzmann, who trains with John and Beezie Madden, and started riding Prestigious about six months ago. “John and Beezie have really been helping me. Beezie rides him, showing me how to make things better and how to improve your horse. It’s been a real help watching Beezie flat my horse and jump him.”