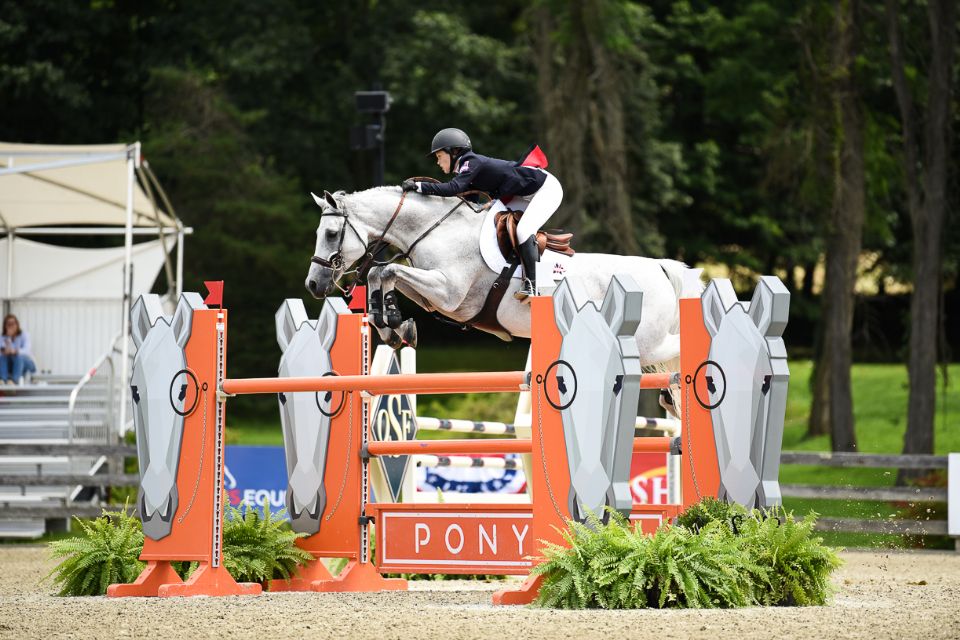 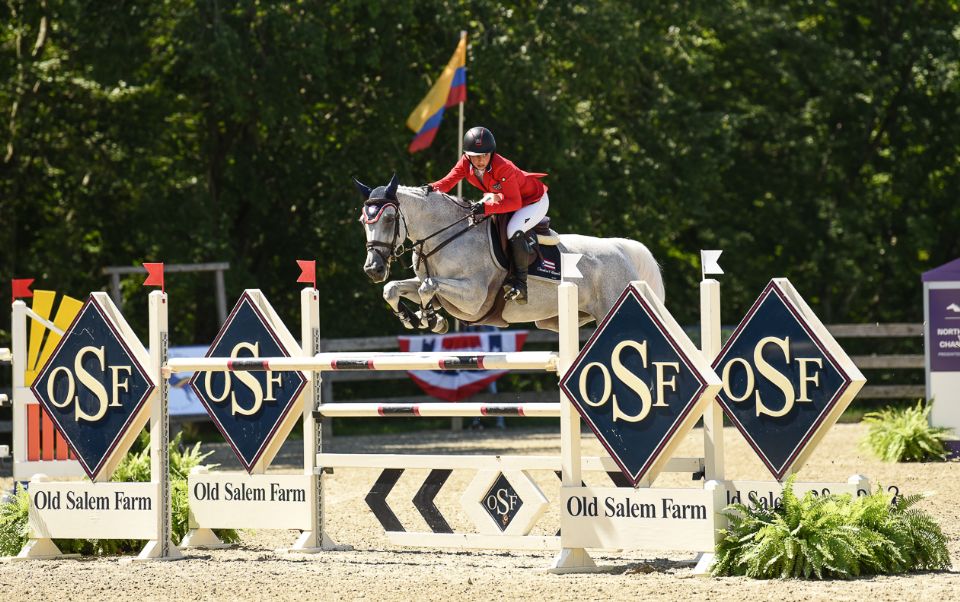 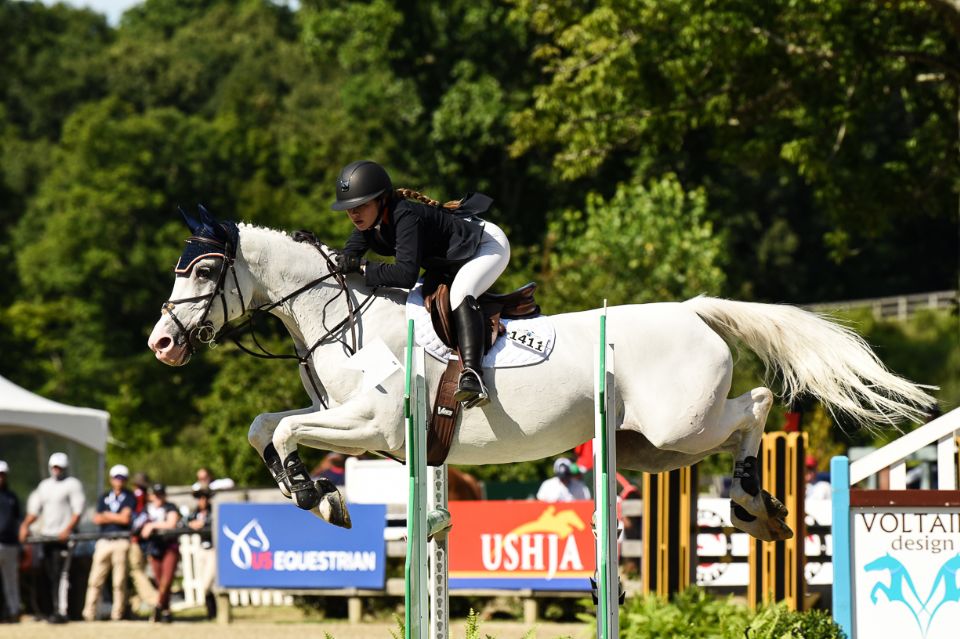 After winning the Overall Grand Championship in the 3’6” section at the 2018 USEF Junior Hunter National Championship – East Coast with Style on Tuesday, Farish’s week got even better when she teamed up with Great White to win the $10,000 USHJA North American Young Rider Show Jumping Individual Qualifying Competition at the NAYC. Going seventh in the order, Farish (Versailles, Ky.) and her 10-year-old Holsteiner gelding’s time of 62.46 seconds held up against the 29 other entries.

“I was a little nervous coming into today. I didn’t do a warm-up class yesterday, so going straight into the speed [round], I wasn’t sure I would be able to be on my game, but Bruce [Great White] was, so he gave me a lot of confidence in [the ring]. We just followed our plan, and luckily it worked,” said Farish, who has owned Bruce for three years.

The United States’s Tali Dejong (Zone 8) and Amadeus, the 13-year-old KWPN gelding she owns with Tessa Dejong, placed second with a time of 62.54 seconds while Canada’s Sabrina Lefebvre and Alaska, her 11-year-old Zangersheide mare, followed in third with a time of 63.51 seconds.

Claudia Villamil kicked off her first NAYC with a win in the Junior Individual Qualifying round of the North American Youth Show Jumping Championships, presented by the USHJA, aboard her own Quite Close vd Smis, an 11-year-old Zangersheide mare.

Villamil competes for Puerto Rico, but she currently lives in Wellington, Fla. She grew up riding in Puerto Rico, but came to the United States to compete and moved there three years ago. Currently, her mother travels with her while her brother and father live in her hometown of San Juan, Puerto Rico. “I go back to Puerto Rico for holidays to visit my family. It’s hard to be away from my family; I miss them a lot, but I know it’s for a good reason,” she said. “Thankfully my family is very dedicated to this like I am.”

Villamil, 15, rides with Francisco Zamudio in Wellington. She’s owned Quite Close vd Smis for two years now. “I wanted to have a nice clear round, doing all the turns well and having a good rhythm. The plan worked out great,” she said of her winning round. “She’s naturally fast, so you just let her go. She’s a super jumper and she’s very competitive. She loves to do the tight turns, so I just have to follow her and go with her. I think that’s why we get along so well.”

Mia Abelo had the fortune to draw last in the order for the Children’s Individual Qualifying round of the North American Youth Show Jumping Championships, presented by the USHJA, and she made the most of it. Abelo, 13, sped around on her own Cassandra Dreams, a 12-year-old Holsteiner mare, to take the blue in the class.

“She’s very fast,” said Abelo of her mare. “Even when I’m trying to go slow and steady and take it easy, she comes out with one of the faster times. She’s fast in the air and over the ground and she really likes turning.” Abelo is from Miami, Fla., and rides with both Vivian Marzullo and Margie Engle.

Abelo made a plan with the U.S. Zone 4 Chef d’Equipe, Kim Land, to prioritize a clear round over speed, but after watching quite a few rounds, Abelo knew where she could save time. “I didn’t want to go crazy and do lots of really tight turns, but I did want to do some shorter turns and do some galloping,” she said.

“This is my first time [at NAYC] and I’m loving it,” Abelo said. “It’s very cool how it’s combined with dressage because we get to see a different discipline and I’ve met a couple of people from dressage, which is great. I like being able to watch the other riders in the junior and young rider sections, and the opening parade was a lot of fun. It’s great to be able to represent your zone and your country.”

Check out the live stream of the NAYC on USEF Network continuing on Friday at 8:30 a.m. EST.