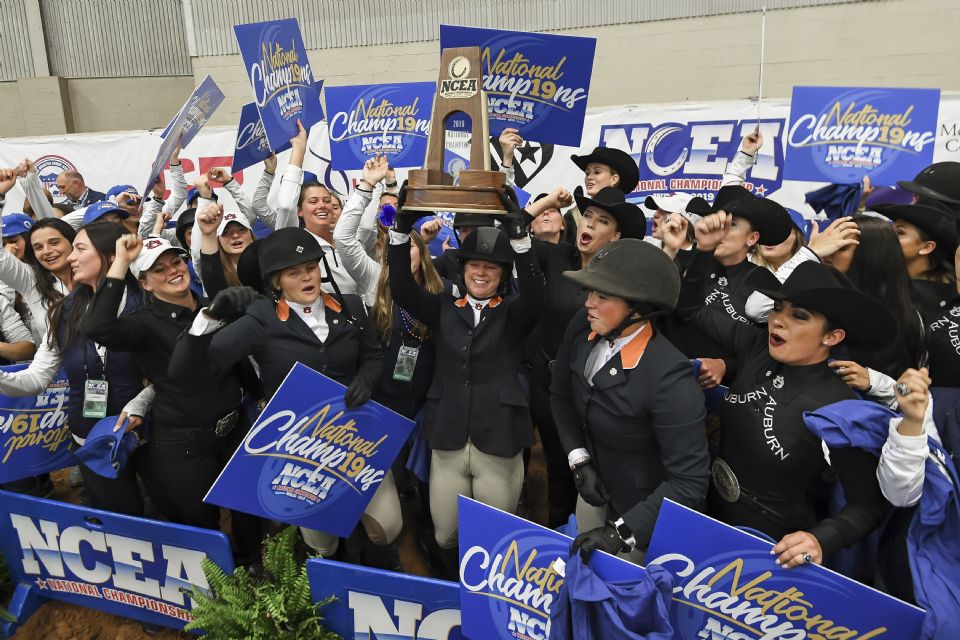 Horse & Country (H&C) is providing exclusive live coverage of the 2021 National Collegiate Equestrian Association (NCEA) National Championship on its streaming service, H&C+. With the event closed to the general public, H&C+ members can still enjoy the chance to see some of the superstars of tomorrow competing across two disciplines and four events.

The goal of the NCEA is to provide collegiate opportunities for female student-athletes to compete at the highest level. The Championship runs from April 15-17, 2021, at the Extraco Events Center in Waco, TX. The dual-discipline competition sees teams go head-to-head in a knockout format across both Jumping Seat and Western disciplines. There are two events in Jumping Seat (Fences and Flat) and two in Western (Reining and Horsemanship).

The Auburn Tigers are the number-one seed after an undefeated season, and the full line-up is as follows:

Each rider is paired with one of four horses in a random draw before the competition. She is able to watch the horse be schooled and receives four minutes to practice on her assigned mount before competing. A rider from the opposing team competes on the same horse in the head-to-head competition. Each rider receives a score, and the rider with the highest score receives one point for her team. The team with the most points will then advance to the next round.

“We’re excited to be streaming the NCEA National Championship,” said H&C Director, David Qualls. “It’s a great opportunity to introduce some of the stars of the future to our audience. It will be beneficial for the industry and ensure the widest possible audience can see this meaningful event that is important to so many people.”

H&C+ members can watch online or with H&C’s mobile apps, as well as on Roku, Apple TV, Android TV, and Amazon Fire. Membership is just $9.99 per month and full details on how to join can be found at horseandcountry.tv. The first day of the Championship stream can also be viewed on USEF Network as part of H&C and USEF’s partnership.

In addition to H&C’s extensive sports coverage, members also get access to more than 1600 hours of programming, which includes Masterclasses from riders such as Lauren Hough, Laura Kraut, Will Coleman, Will Faudree, Liz Halliday-Sharp, and Georgina Bloomberg.