I have always enjoyed taking photos and began doing equestrian sports photography after meeting my wife, Jenn Ward, one of Jump Media’s founders. She saw my photos, thought I had a good eye, and encouraged me to explore photography professionally. I got better equipment, took courses, and learned some new techniques. Technology is always changing, and it’s important to continue sharpening your skills in this business. 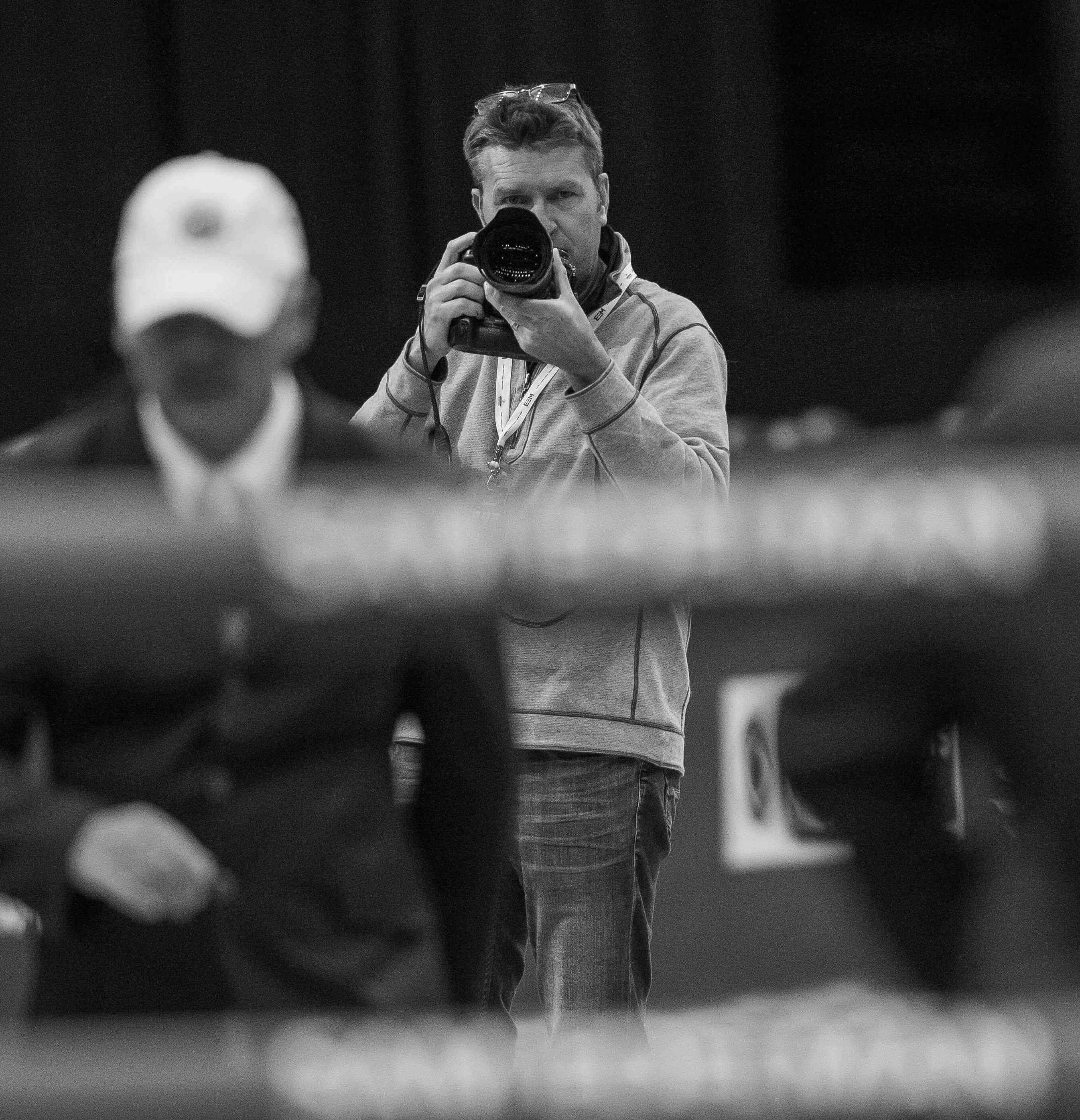 My first paid gig shooting equestrian sport at a major games was the 2014 FEI World Equestrian Games in Normandy, France. It has been a whirlwind schedule of international events and photo assignments ever since!

One of the neat things about shooting for an equestrian PR company is that your days can be incredibly diverse. For instance, I might begin my morning by taking pictures during a surgery at Palm Beach Equine Clinic for an editorial article. Later, I may meet up with one of our clients for a photo shoot at their farm (sometimes you get lucky and get a magazine cover shot!). During the busy show season, you’ll often catch me ringside with my camera in hand. 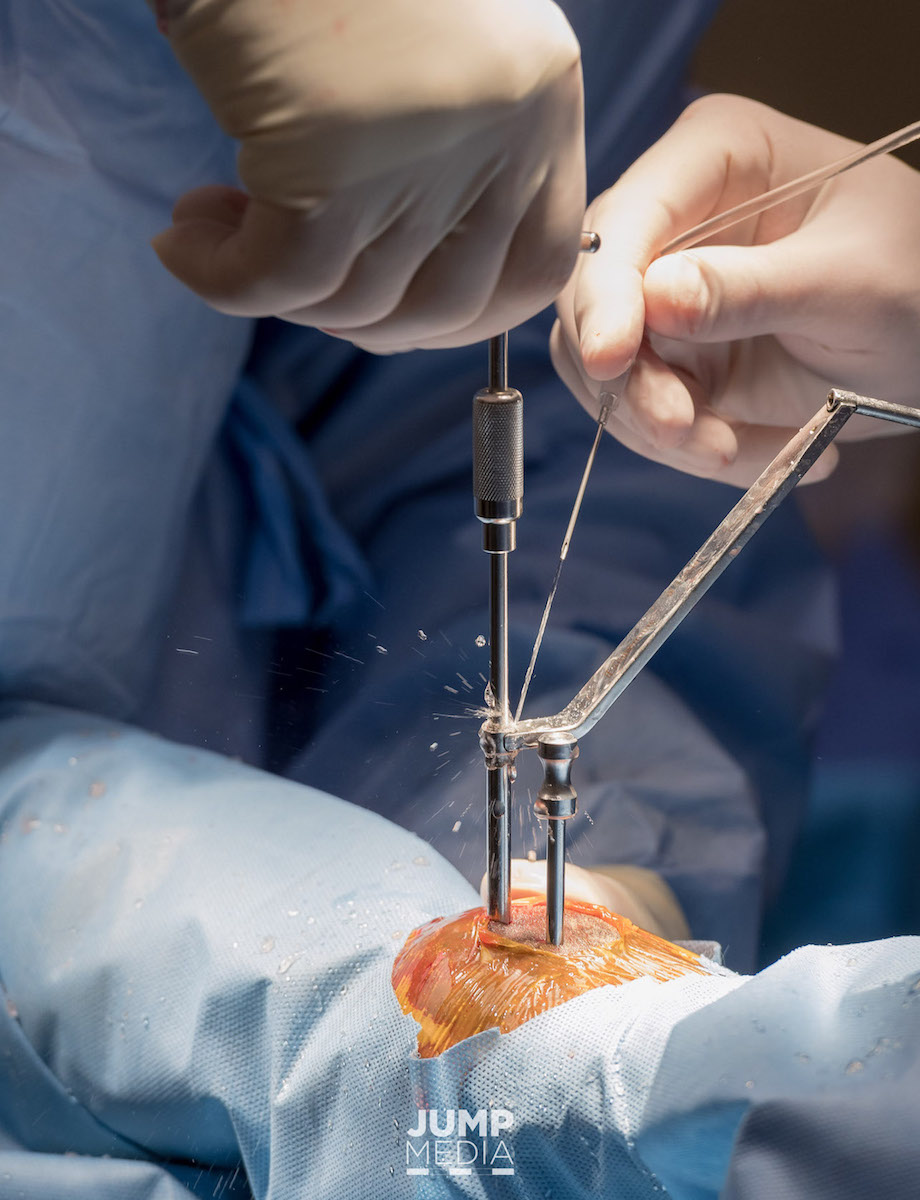 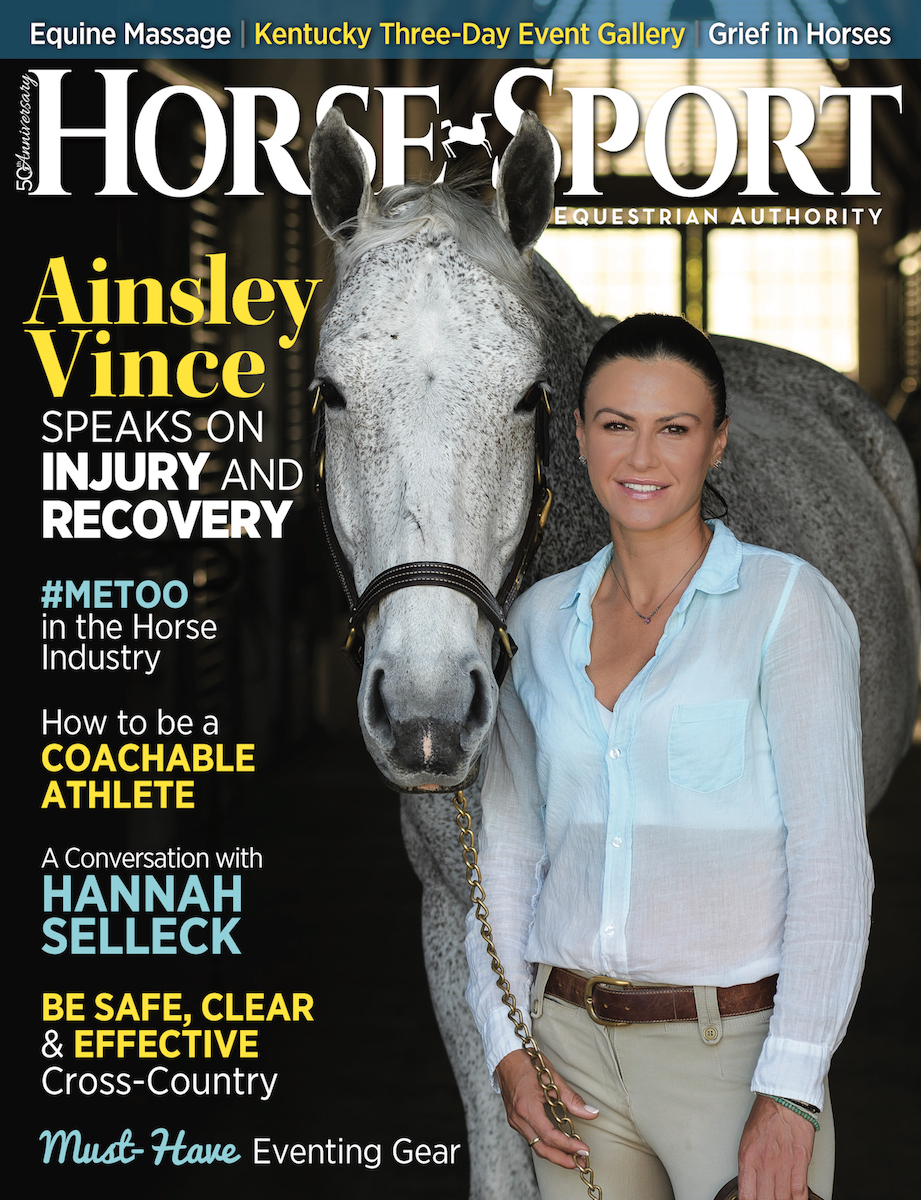 I’ve learned that so much of equestrian photography is about capturing action and emotion. In order to get those epic shots, here are a few tips: 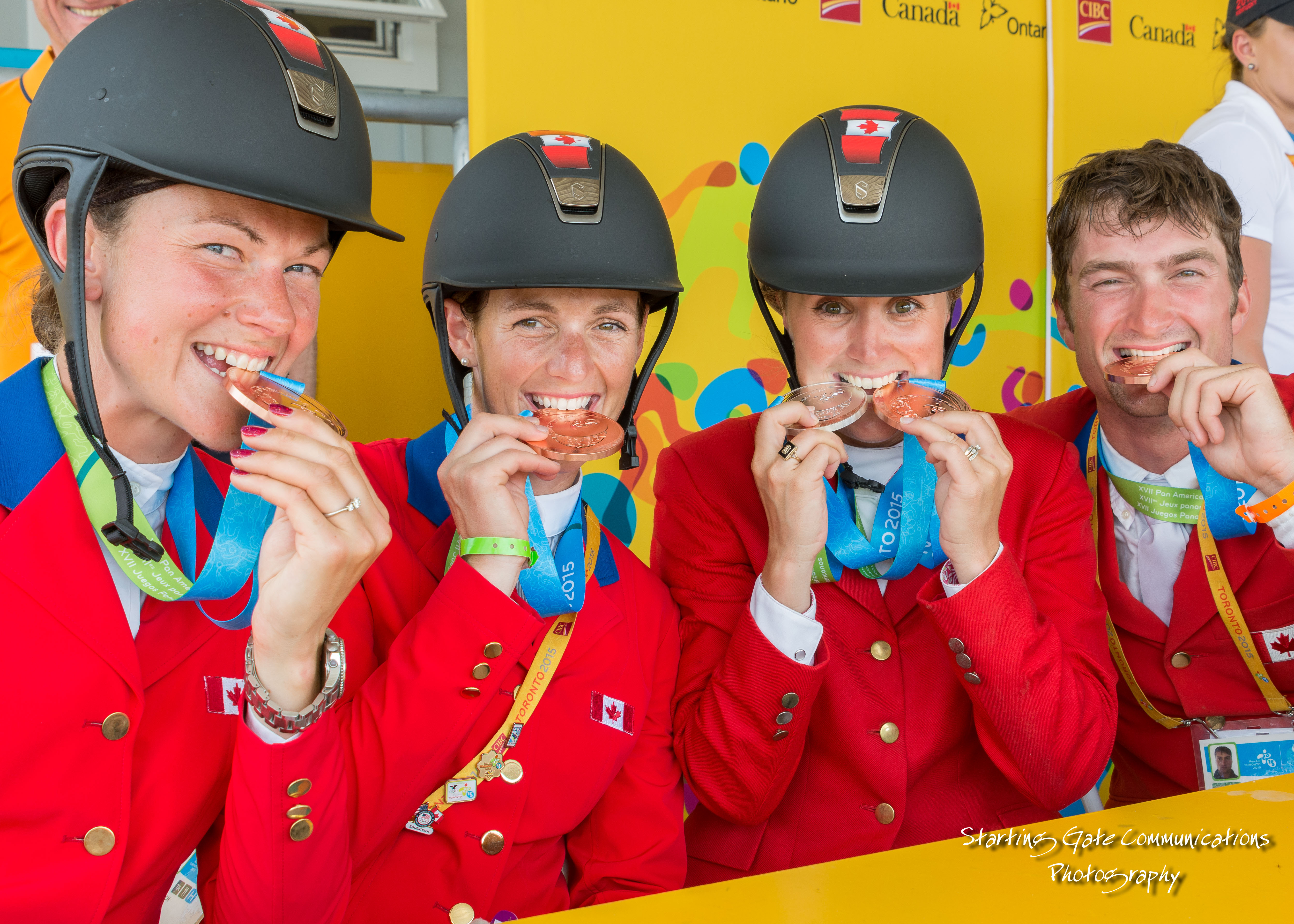 1. Don’t be afraid to talk to people and ask them to do something for a good photo. Most people like having their photograph taken. For instance, in this photo of the Canadian Eventing Team at the 2015 Pan American Games, they were all just sitting there waiting for the press conference to begin. I said, “Hey guys, pick up your medals and put them in your teeth so we can get that classic shot.” And they did – it made for a great photo!

2. Always be ready to shoot because you never know what’s going to happen, especially in competition. My biggest pet peeve is photographers who stand there fiddling with their cameras, scrolling through images, and not paying attention to what’s going on around them. If you do that, there’s a good chance you’ll miss an interesting shot. You have to always be ready to shoot at a moment’s notice. You can look through your pictures later. Whatever you do, keep your finger on the trigger! 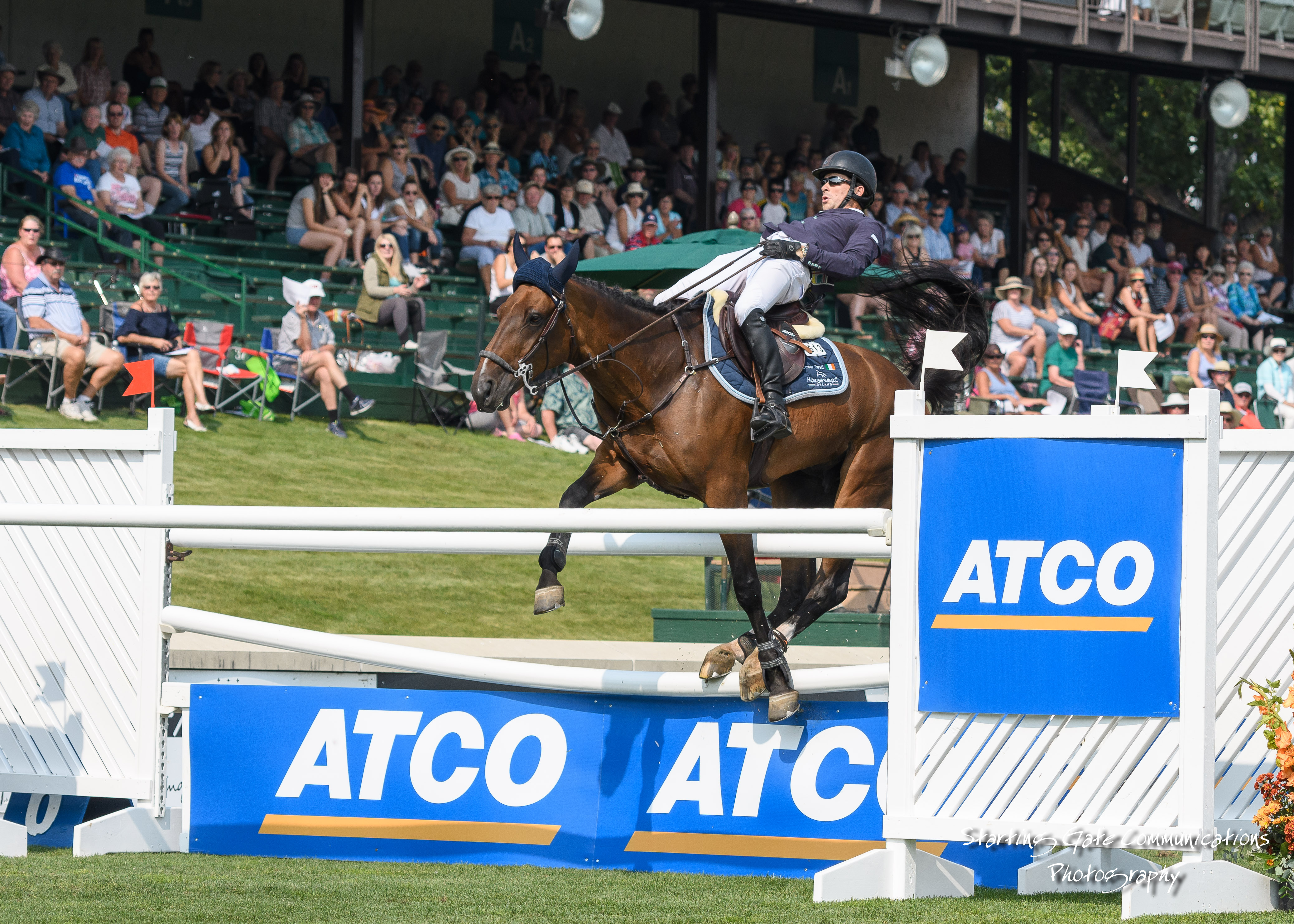 A dramatic moment for Conor Swail and Flower at the Spruce Meadows ‘Masters’ Tournament.

You can often capture some incredibly unique action moments if you stay on your guard.  For example, I caught this shot of Conor Swail’s horse mid-jump – you can actually see the pole bending as Flower steps on it! You’ll never be able to capture that shot again; by the next photo, the pole is completely shattered.

Like I mentioned before, capturing emotional shots in competition requires you to be vigilant as well. Here, you can see Irish show jumper Bertram Allen with his fist in the air after a big win. And in another, the U.S. Nations Cup team riders are celebrating their victory by spraying champagne. It’s always fun to catch those sorts of moments, because you can really feel the emotion. Again, I was in the right place at the right time… and I was always ready to shoot! 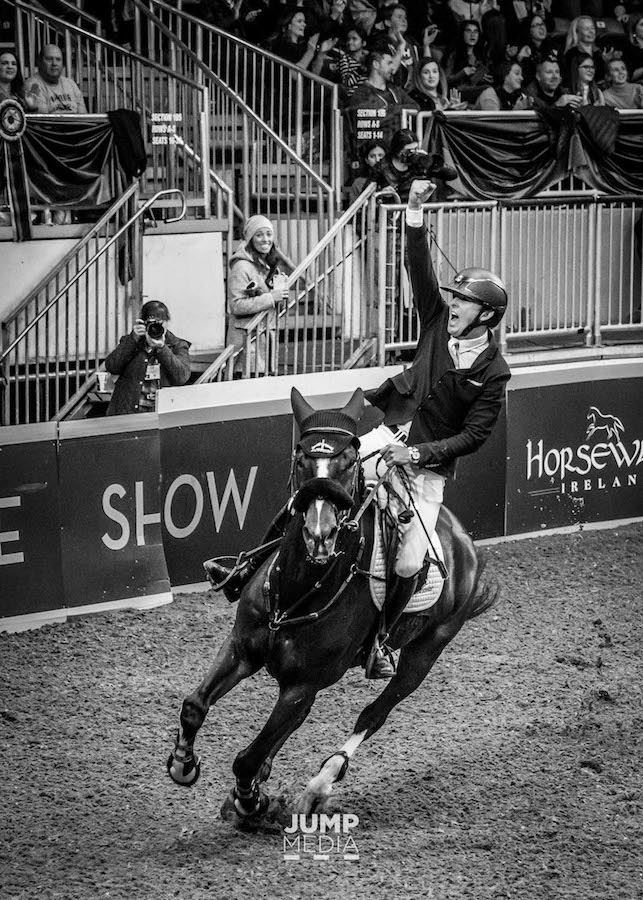 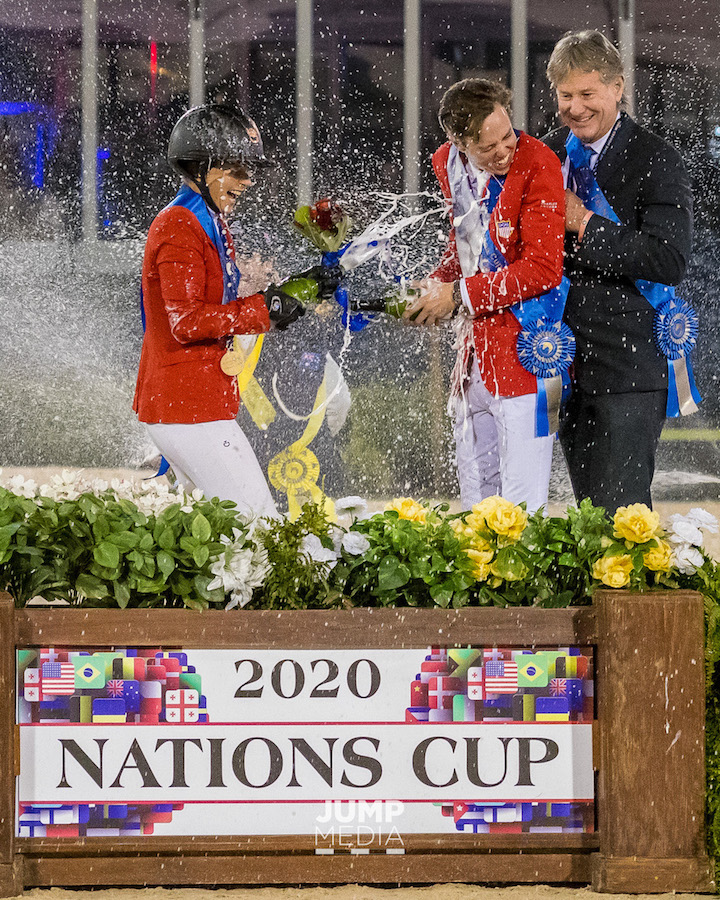 The U.S. Nations Cup team members and chef d’équipe Robert Ridland getting a “champagne shower” after their victory.

3. Look for an interesting background. Even though you might be in a perfect position to shoot a jump, the picture will be ruined if there’s a port-a-potty in the background. Know where you’re shooting. Don’t huddle with all the other photographers. Instead, try and find a killer angle to make your photo unique. 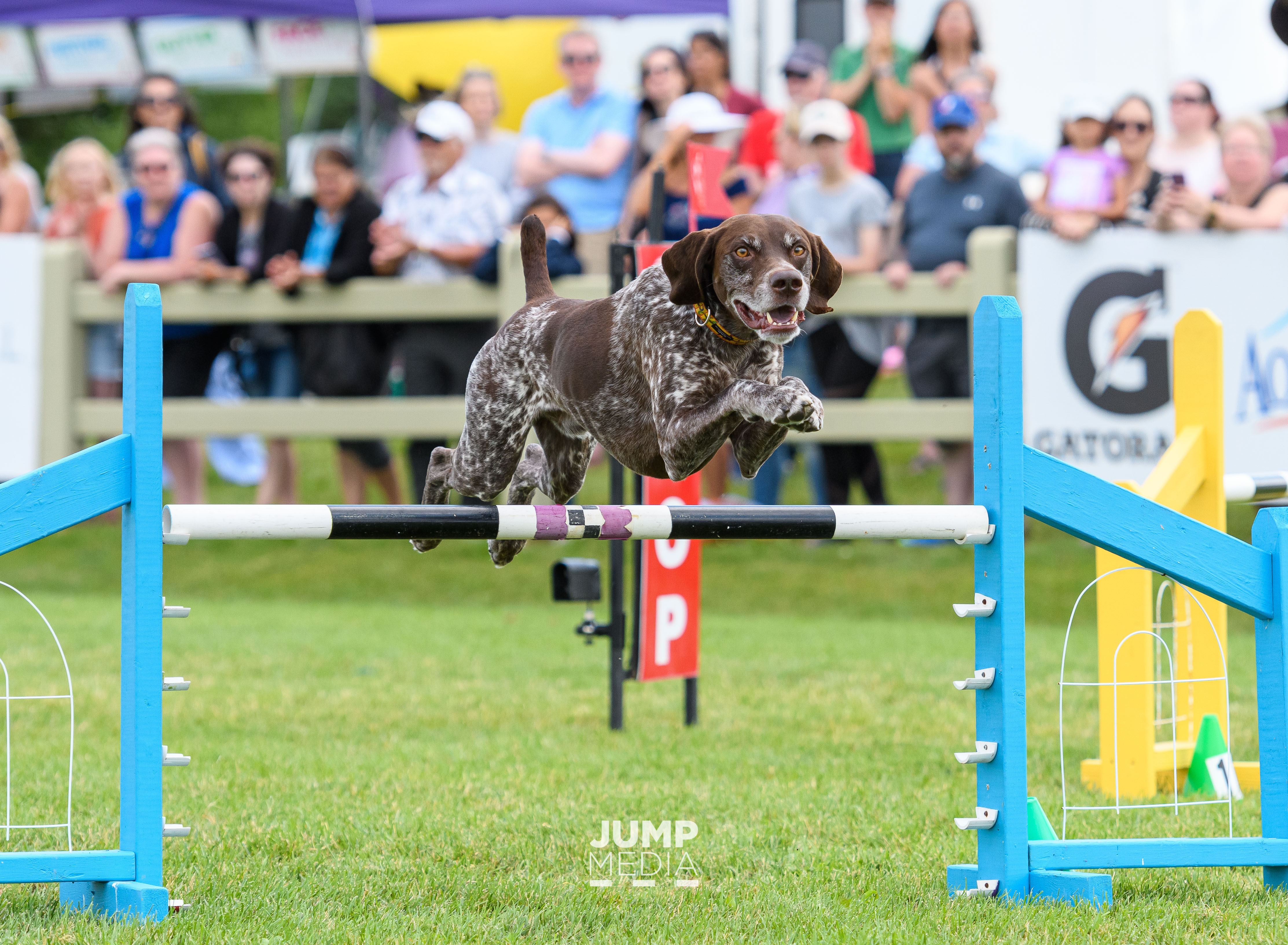 Dante the dog showing great form over a jump.

For this photo of the dog jumping, I got down on my knee to have the crowd in the background. Again, don’t be afraid to shift your position (or even stand on a box) to get the angle you want.

4. Do your homework. Study the course before the class so you will know which direction the riders will be coming from. I don’t want them looking the other way. It makes for a more interesting and intimate shot if you can see their faces. 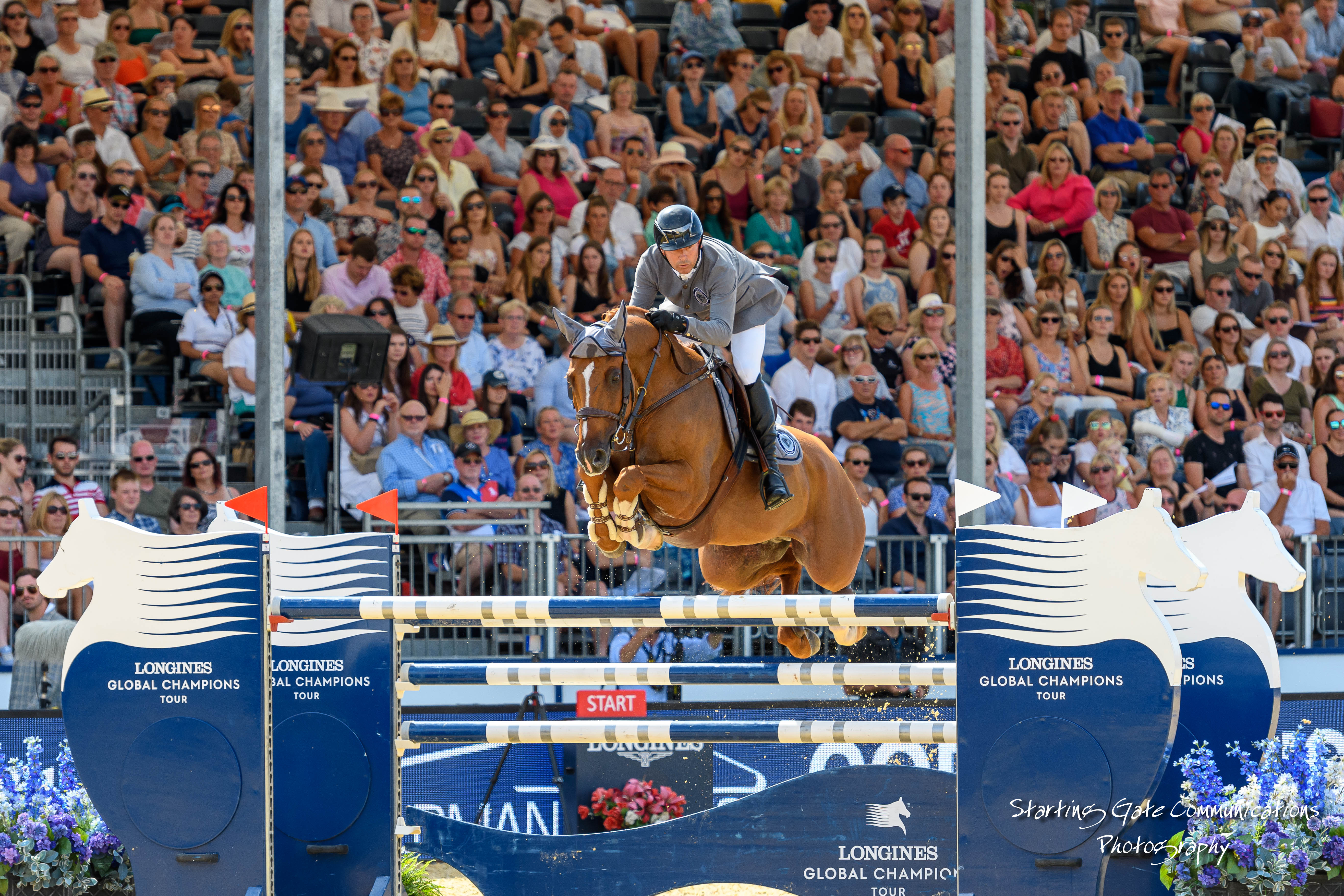 Eric Lamaze and Chacco Kid in front of a packed house at Global Champions Tour London.

Eric Lamaze, who is one of Jenn’s personal clients, loves this particular photo from the Global Champions Tour in London. Yes, the horse looks fantastic, but Eric also loves it because there is so much crowd behind him. It helps to know of your clients and what type of shots they like so you can deliver your best work. If I am shooting Eric, I always look for an angle that will have crowd in the background. Eric Lamaze and Fine Lady 5 at the Winter Equestrian Festival this spring.

My favorite shot of 2020 is of Eric and his Rio Olympic partner, Fine Lady 5, competing at the Winter Equestrian Festival. It’s balanced, and it appears that Fine Lady is looking straight at the camera lens, which makes for a very interesting picture.

Using those five tips, you are sure to capture even more action and emotion in your images.  Good luck!