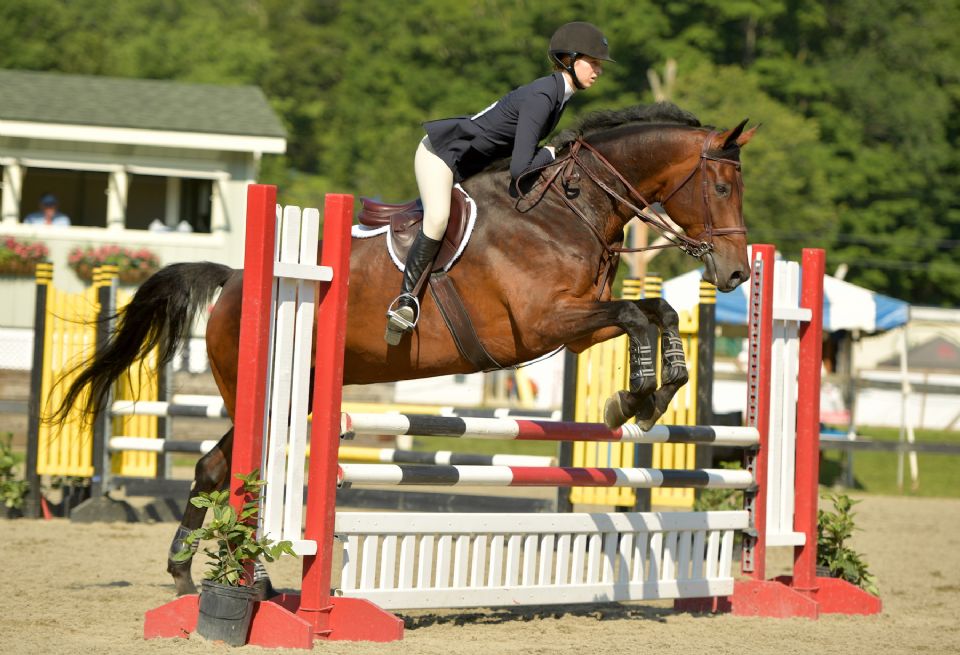 The fifth week of competition at the six-week Vermont Summer Festival kicked off with equitation riders taking center stage during the popular ‘Equitation Tuesday’ on Tuesday, August 1, at Harold Beebe Farm in East Dorset, VT.

Silvestri has won every THIS National Children’s Medal class she has ever entered at the Vermont Summer Festival, which included three blue ribbons during the 2016 season.

“It feels really good to win this class,” said Silvestri, who rode under the direction of Shane Powell at Evermoor, LLC based in Newbury Old Town, MA. “Last year, the points I got in Vermont helped me to make it to the final and that is my goal again this year.”

The 2017 THIS National Children's Medal Final will take place at the Capital Challenge Horse Show, running from September 29 through October 8 in Upper Marlboro, MD.

Speaking specifically about her round aboard her own Nice, a horse she has owned for two years and sometimes doubles as her hunter mount, Silvestri noted, “In my first round, I think I was a little slow to jump one, but I realized that quickly and got it together. But, I was really proud of all my inside turns.

“In the test, I tried to focus on my counter canter to the first jump and finish with a really nice trot jump,” continued Silvestri, who returned second in the four-horse test over fences evaluated by judge Richard Slocum of Wellington, FL.

Silvestri has been attending the Vermont Summer Festival for five years, saying, ”I love how laid back ‘Equitation Tuesday’ is. Everything isn’t going on at once, so you can really focus on your equitation rounds. The show itself is really well organized, and the grounds are gorgeous. I also really love the courses.”

While the THIS National Children's Medal Final is Silvestri’s current goal as a rider, outside the show ring she will begin her junior year of high school this fall at Andover High School in Andover, MA.