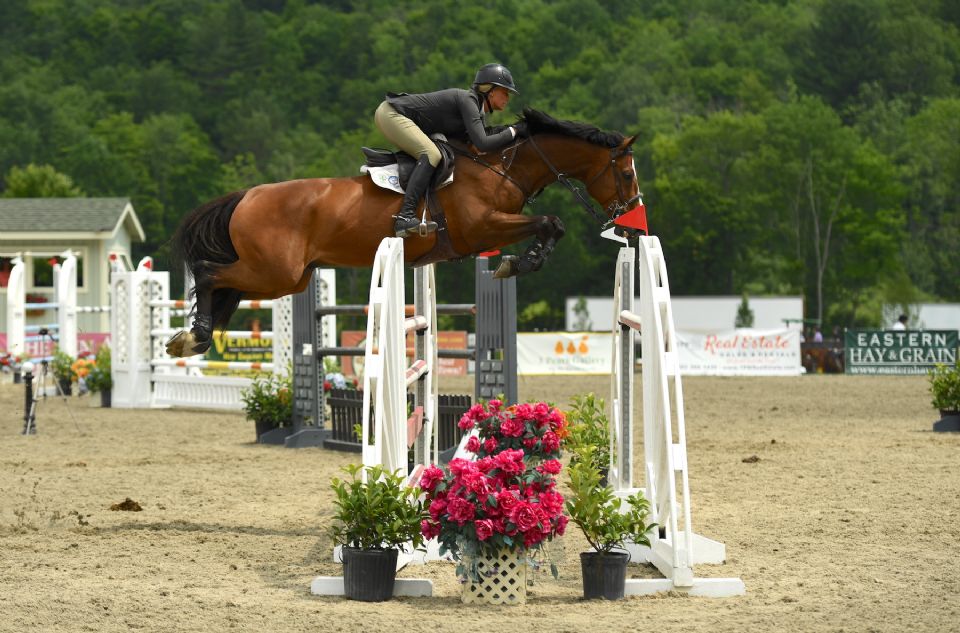 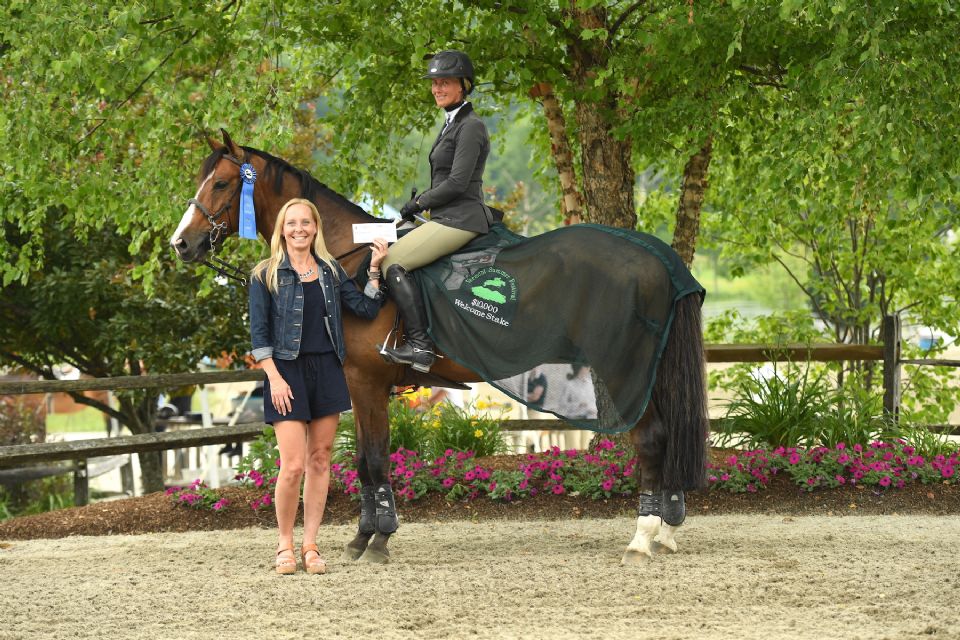 Flint enjoyed several wins at the Vermont Summer Festival in 2015, and is well on her way to repeating her success this year after topping a 22-horse starting field over courses set by Ireland's Alan Wade. Flint and VDL Coverboy, owned by The Coverboy Group, posted one of only two clear efforts to advance to the jump-off. In the tie-breaker, they had one rail down in a time of 45.50 seconds to take the win.

Robert Lee of Ocala, FL and Acrobat, owned by Brook Run Farm, LLC, were also clear over the first-round course, but elected not to jump-off and settled in second.

Third place was awarded to Matthew Metell of Wellington, FL, and Lansink, owned by Wolver Hollow, for the fastest four-fault effort over the original course in 69.31 seconds. Just fractions of a second slower, Bryn Sadler of Santa Fe, NM, jumped to fourth aboard Britt W.H. for owner Showcase 81, LLC in 69.93 seconds with four faults. Willie Tynan of Wellington, FL, rounded out the top five in the irons of KEC City Limits on four faults in 72 seconds flat for owner Red Barn Farm, LLC.

Flint has been competing at the Vermont Summer Festival for more than 15 years and has won the Welcome Stake five times on five different horses over the past two years. She is hopeful that her 2016 season will follow in the footsteps of the previous two.

“You can't assume anything in this sport,” said Flint. “I hope we can do as well as we have the last two years. Coverboy was fantastic today, but I'm trying not to have too many expectations.”

With three mounts in the class, VDL Coverboy was Flint's most seasoned ride at nine years old. The Dutch Warmblood gelding competed in the junior/amateur jumper ranks over the winter season before Flint took back the reins.

“We've had him in our barn since he was four, but jumping the bigger jumps is new for him,” said Flint. “My other two horses are green and he has the most miles. He's always careful, has a great big step and can turn super easy.”

Flint commented on Wade's course saying, “his tracks are always straight-forward. He never tries to trick anyone, but you have to pay attention. I didn't think the course was going to ride as difficult as it did.”

Thanks to significant improvements to the grounds and footing at Harold Beebe Farm last year, the Vermont Summer Festival is better than ever this summer.

After jumping her first classes of the six-week circuit, Flint agreed saying, “The footing was a welcomed improvement last year, but I think it's even better this year now that it's had time to settle. It's riding great.”

Flint will spend the first two weeks of the summer season in Vermont and is joined by a barn full of clients and horses ranging from baby green hunters to grand prix level jumpers. Up next for Flint, she and VDL Coverboy will contest the $30,000 Vermont Summer Special Grand Prix, presented by Johnson Horse Transportation on Saturday, July 9.

In addition to her share of the prize money, Flint earned a $1,000 gift card to the Bass outlet store in Manchester, VT, part of the Manchester Designer Outlets, from Bass Store Manager Allison Fabian.

For over 20 years, the Vermont Summer Festival has attracted exhibitors and their families to the Manchester region in southern Vermont for great competition in an ideal summer setting. Outside the show ring, exhibitors are immersed in the charm of Vermont's shopping, dining, and outdoor activities.

Please e-mail or visit www.vt-summerfestival.com for more information about the Vermont Summer Festival.