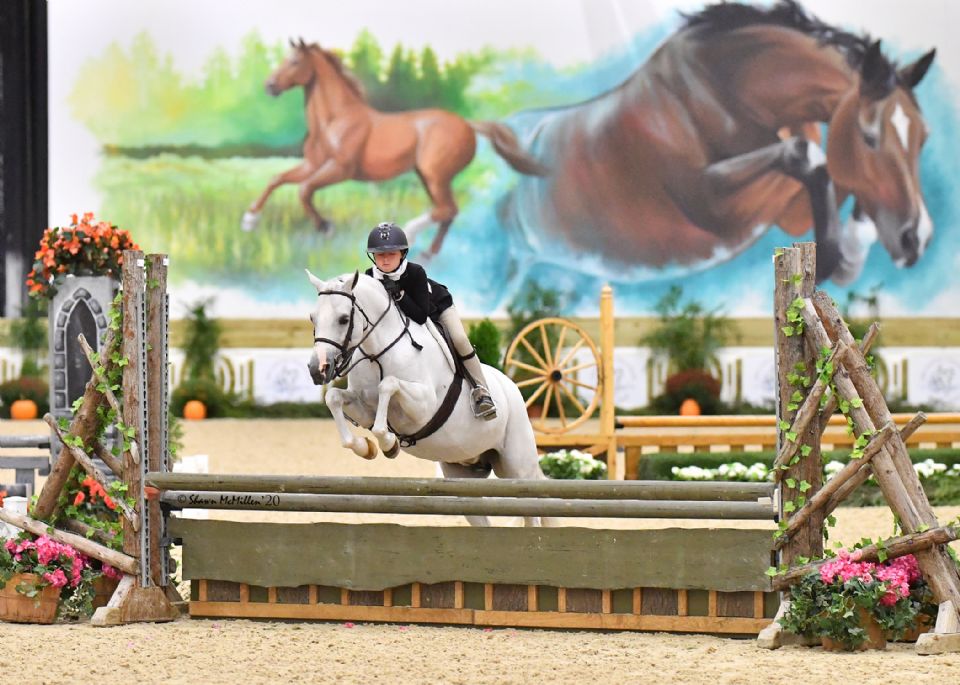 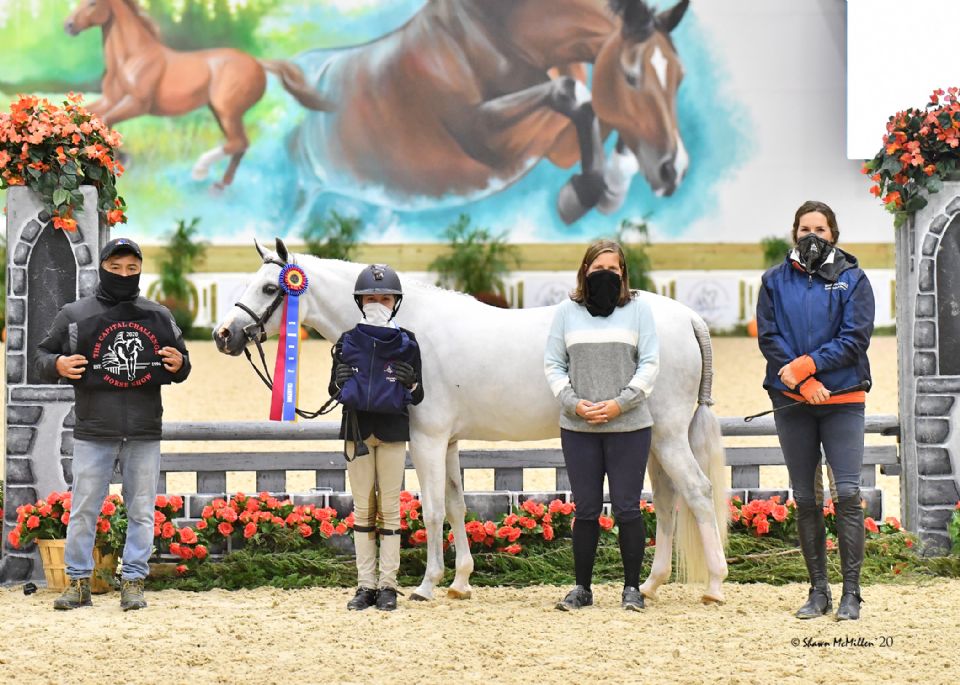 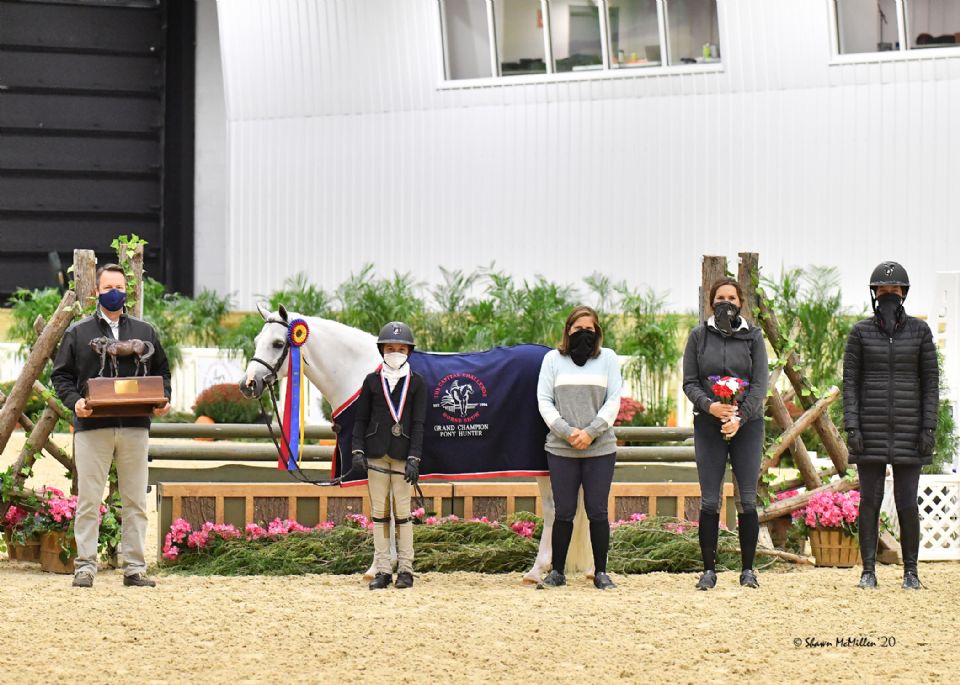 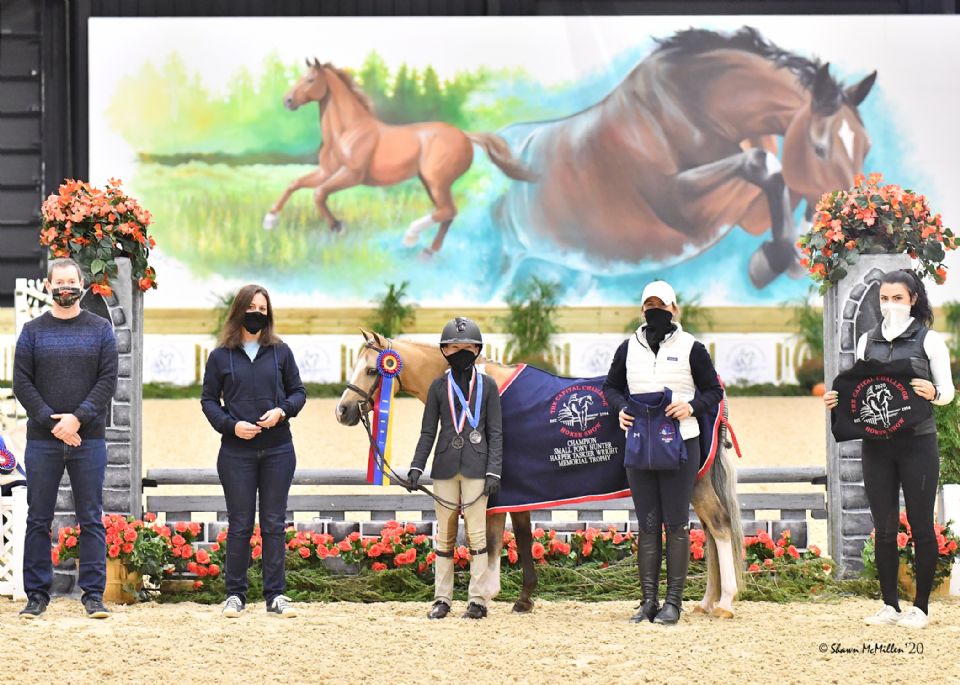 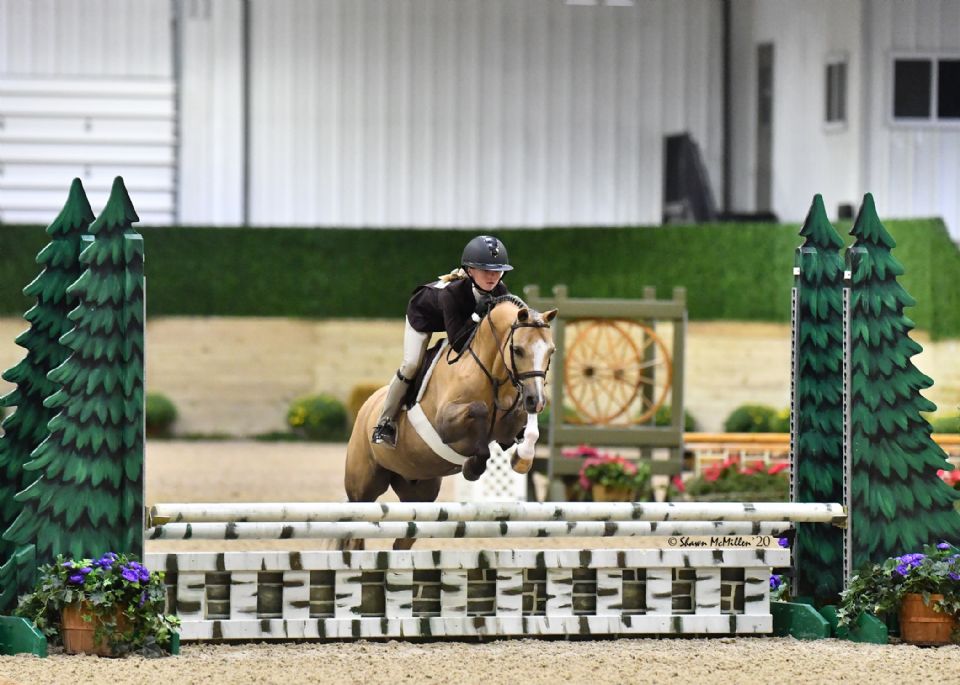 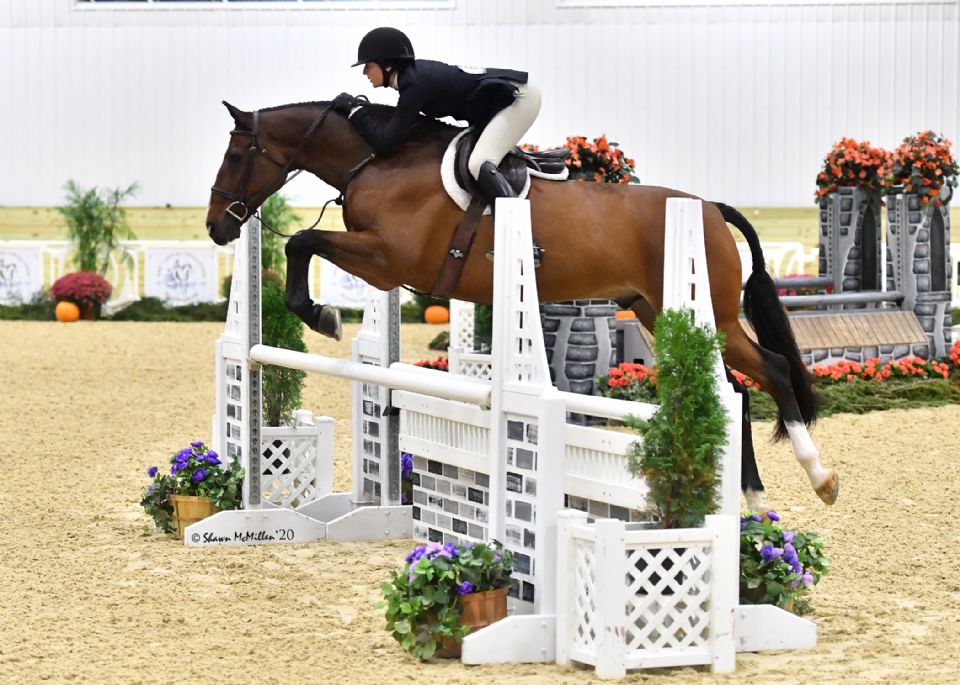 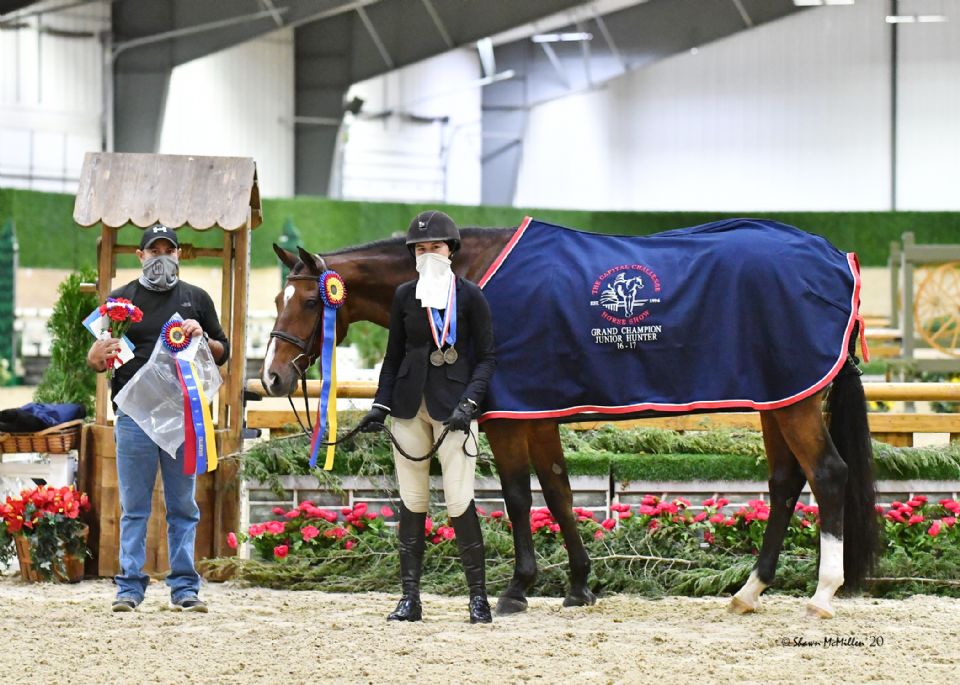 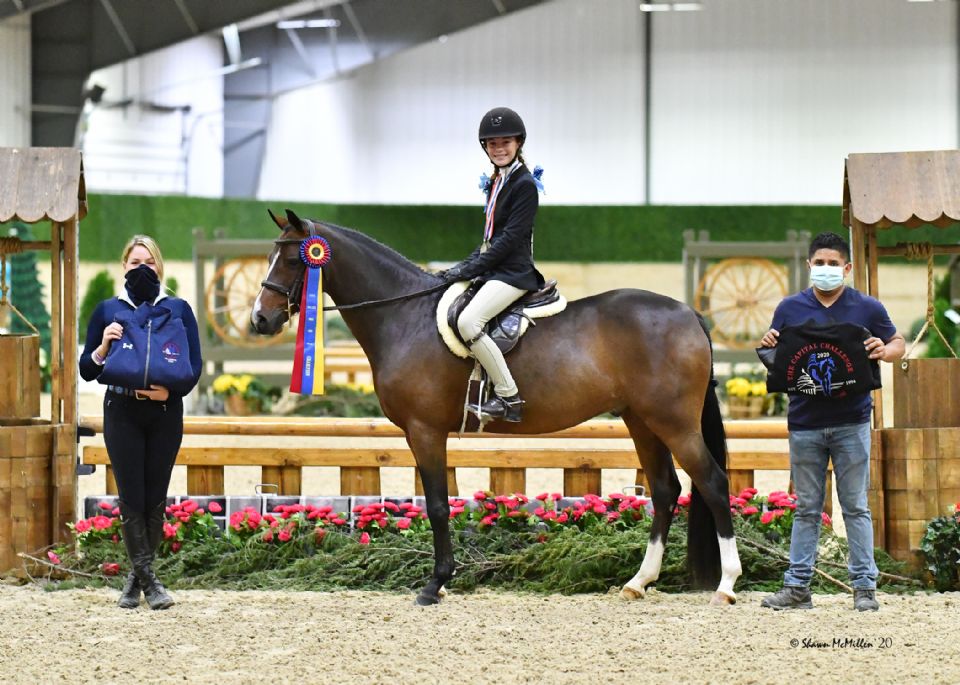 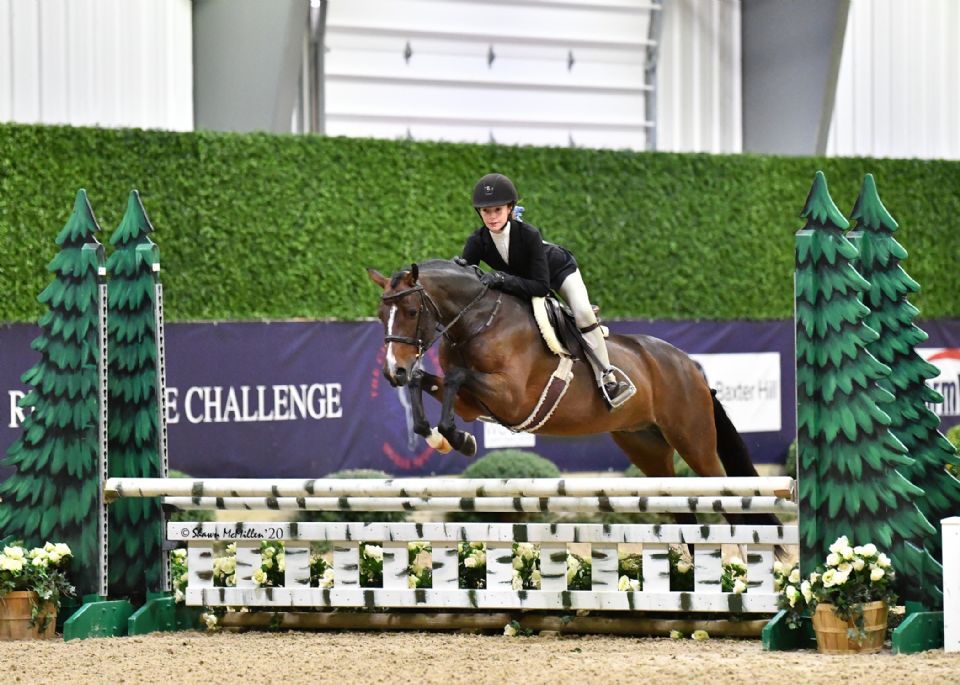 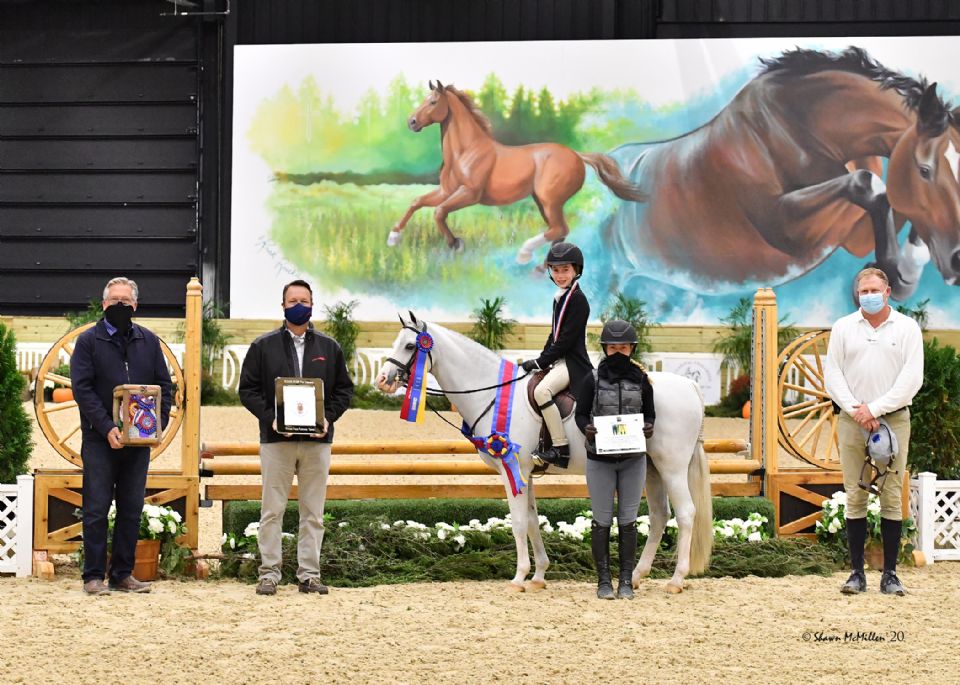 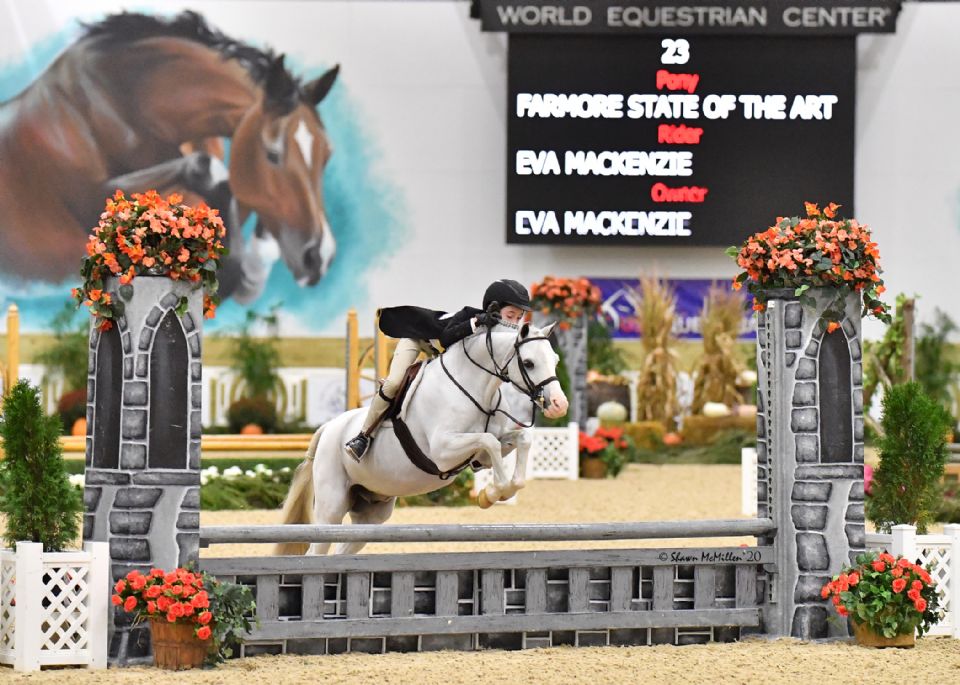 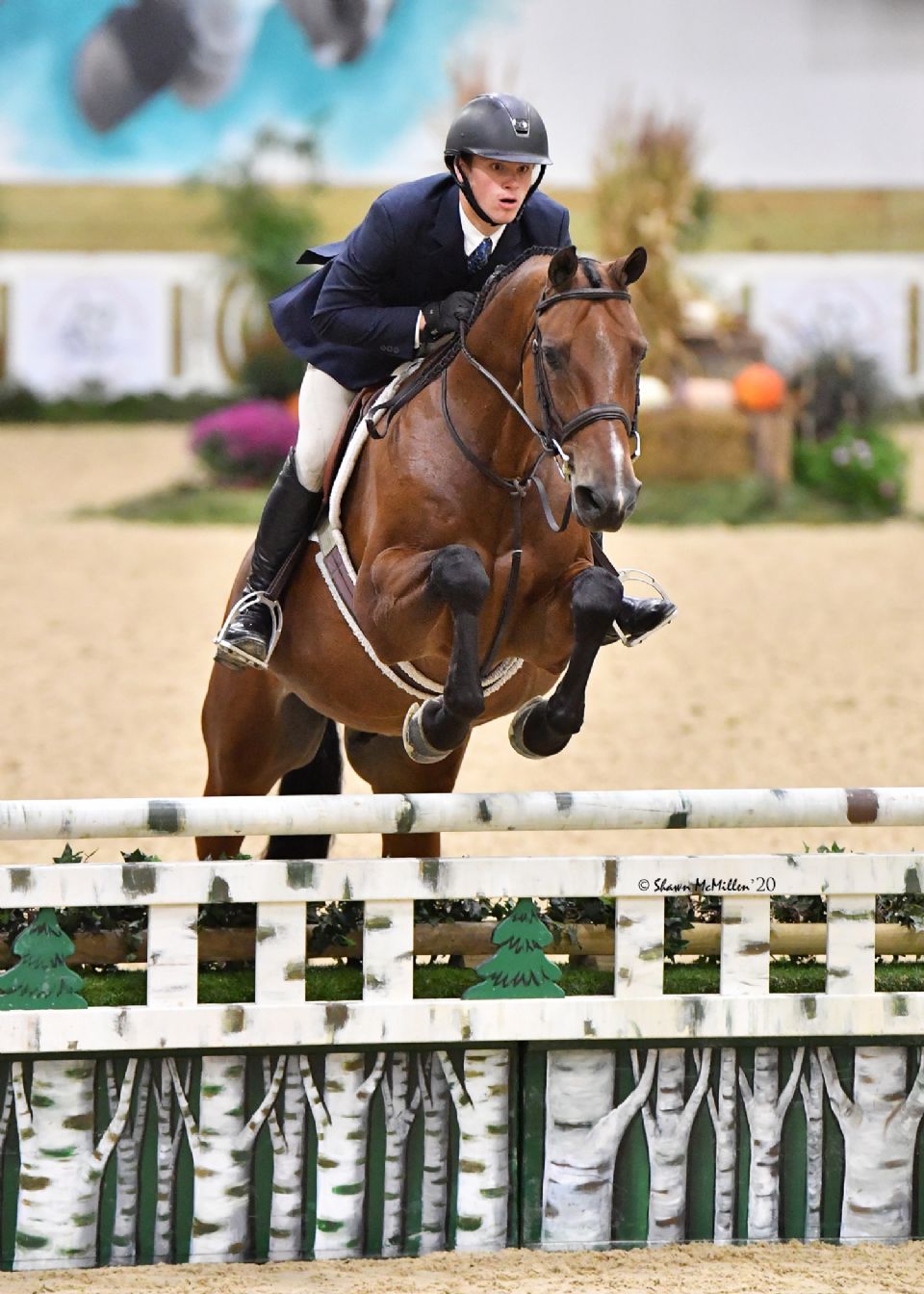 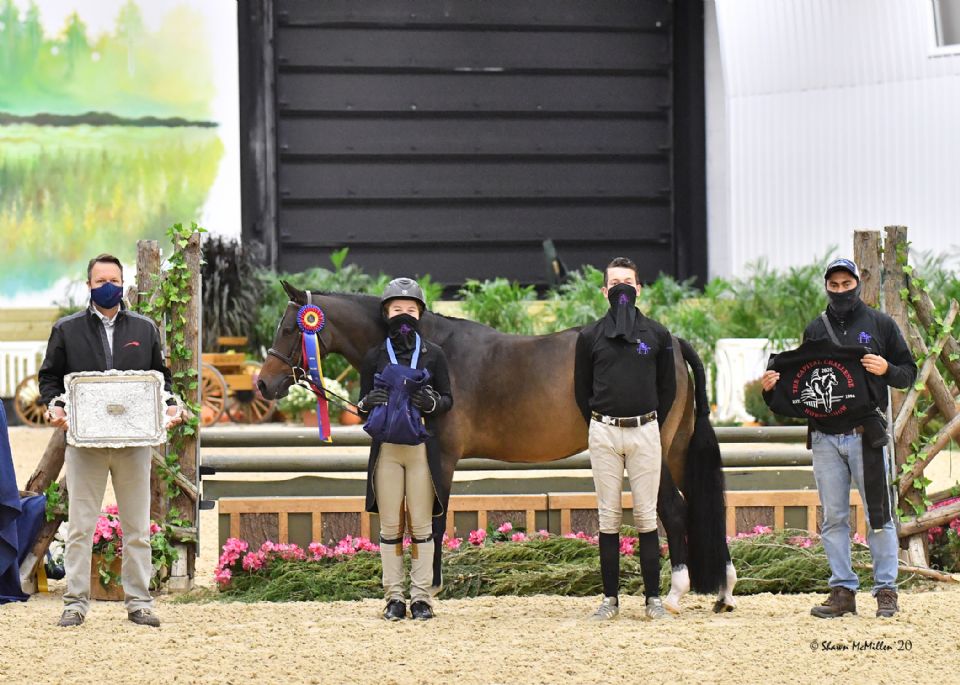 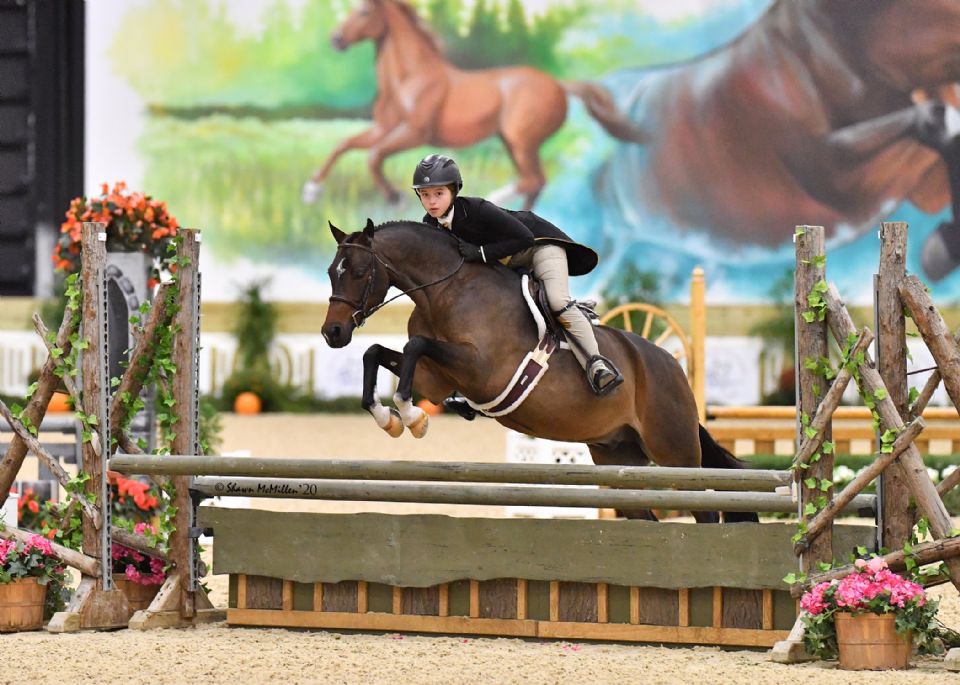 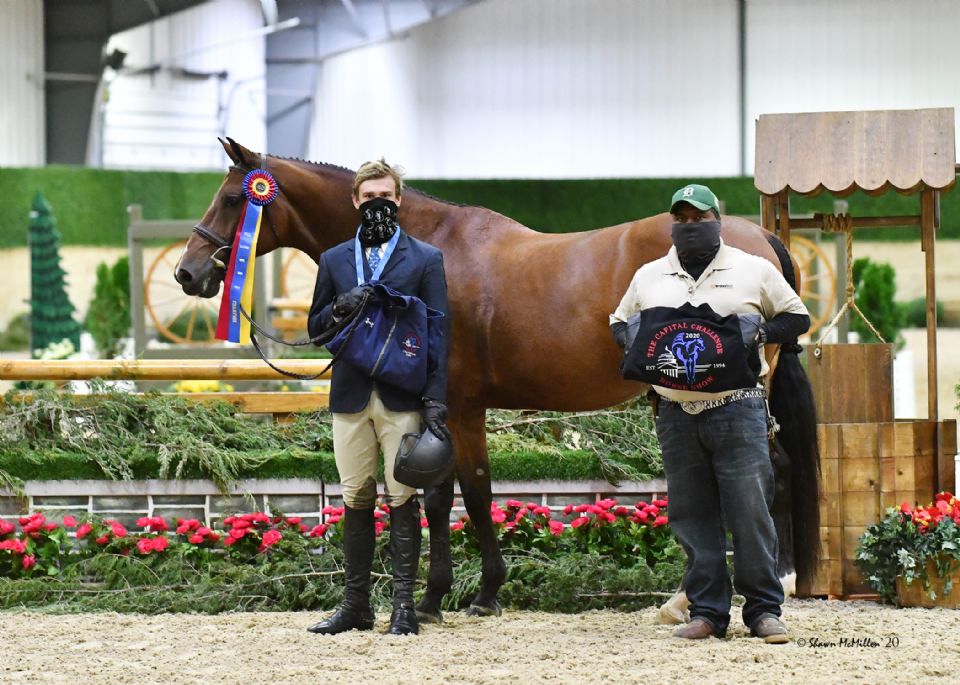 Out of a field of more than 75 ponies, Vivian Golden aboard her own Goldhills As You Like It took home the title of Grand Pony Hunter Champion on Saturday, October 3, at the Capital Challenge Horse Show.

The Grand Champion title, sponsored by Enchantment Farms, was awarded to the Pony Hunter who accumulated the most points over all three divisions. Golden, of Wyomissing, PA, took champion honors in the Medium Pony Hunters with 32 points, winning today’s over fences class and placing second in the Medium Pony Stake, second in the remaining over fences, and third under saddle.

“It feels amazing,” the 11-year-old said of her achievement. “We got her last year, and it was a little but of a bumpy road. She was hard to get used to. We weren’t a perfect match together at first, but we have gotten to know each other, and it feels amazing to have accomplished this much.”

Golden’s mount, nicknamed “Gracie” in the barn, also helped her achieve the Best Pony Rider Award, sponsored by Archie Cox and Brookway Stables. They were also presented with The VanderMoore Designs Trophy for the grand championship, donated by Chuck and Melva VanderMoore. “She is amazing to ride,” Golden said of her 12-year-old Welsh pony by Gayfields Call the Cops. “Every jump is so fun, and she’s so comfortable. When I first saw her, I knew she was perfect.”

Golden placed in the top three in every class out of 30 entries, the largest division over all the Pony Hunter divisions this year. In just her third appearance at the show, Golden, who trains with Amanda Lyerly, rose to the challenge and secured her spot as this year’s Grand Champion, her biggest accomplishment to date.

The Large Pony Hunter division champion, sponsored by World Equestrian Center, was presented to Alexa Elle Lignelli of New York, NY, aboard Chiccobello, owned by Agatha Lignelli. They were presented with the Tampa H.S. Trophy, donated by Dr. Suzanne Smith, for their win. The pair also won the Large Pony Hunter Stake with a score of 88.00, placing them in a tie for the EMO Trip of the Show, an honor she shared with Olivia Sweetnam and Armani, also on a score of 88.00 in the Small Pony Hunter Over Fences. Reserve in the Large Pony Hunters went to McKayla Brombach of Wimberley, TX, and California Dreamin’, owned by Millennium Farm Inc.

Sweetnam, of Wellington, FL, was named Small Pony Hunter Champion, sponsored by Ox Ridge Riding & Racquet Club, with Madeline Schaefer’s Armani, and Emma Brody took reserve champion in the division with So Enchanted, owned by Sprucedale Inc. Sweetnam was awarded the Stewart-Warner Cup, given in memory of Laurie Gilbert Stewart & Mary Warner Brown by Donald E. Stewart, Jr. and Louise Serio, as well as The Harper Taskier Wright Memorial Trophy, given in memory of Harper by her loving parents Michael & Alexandra Borissoff Wright, friends, and family whose lives she touched.

The day ended in the Sanctuary with the WCHR Pony Hunter Challenge, which was topped by Eva Mackenzie aboard her pony Farmore State Of The Art, finishing on a winning score of 88.66. For their victory, they were presented with the Foxlair Poker Trophy. The 11-year-old from Darien, CT, topped 27 entries after spending her time at home practicing in large indoor arenas to prepare for her second-ever Capital Challenge.

“My favorite part of my course was the bending line,” Mackenzie said of her performance. “I wasn’t sure what to expect, but I rode up to it, and it just felt smooth. We loved the course and State was amazing. When he comes out of the ring, he knows he’s been good. He’s just looking for his treats. He’s perfect.”

Several other championship honors were awarded on Saturday, with the Children’s Hunter Pony division and the Junior Hunters 16-17 wrapping up in the R&L Arena.