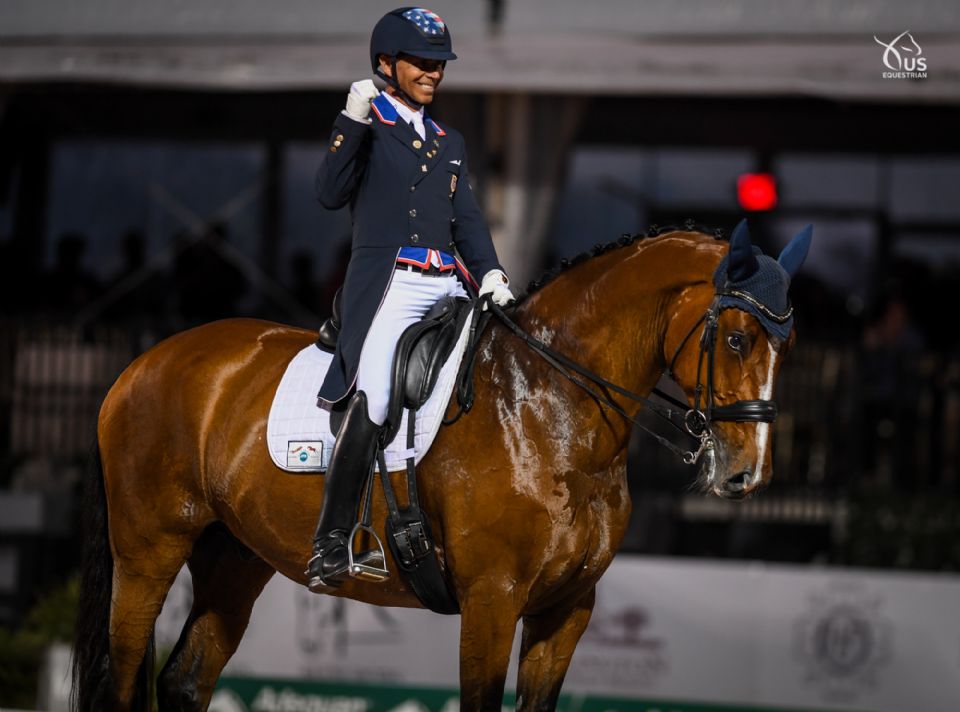 “I was really happy with the way all four riders stepped up today. Yesterday, they had a few [mistakes], but they all knew what they needed to do, and they delivered. Having a Nations Cup [at AGDF] has been a great boost for us. It gives opportunities to others that may have not [existed]. It drives interest in the Nations Cups in general because everybody wants to get on a Nations Cup team,” said Debbie McDonald, Chef d’Equipe and Technical Advisor for U.S. Dressage. “This was a great team. We had a new [rider, Anna Marek] come on board. It was wonderful for her to be with others who have [competed] on teams. It was fun to watch her blossom, and I have high hopes for her in the future.”

The U.S. held a narrow lead over Canada following the FEI Grand Prix competition and collectively improved their scores during Thursday’s FEI Grand Prix Special to ultimately ensure the team’s victory. Peters and Suppenkasper remained on form, earning a class-high score of 77.585%, while Lyle and Harmony’s Duval received a 74.053%. Bateson-Chandler piloted Alcazar to a 71.223%, while Marek and Dee Clair received a 69.436% from the judging panel.

Stay up to date on The Dutta Corp. U.S. Dressage Team by following USA Dressage on Facebook and Instagram and US Equestrian on Twitter. Use #USADressage.