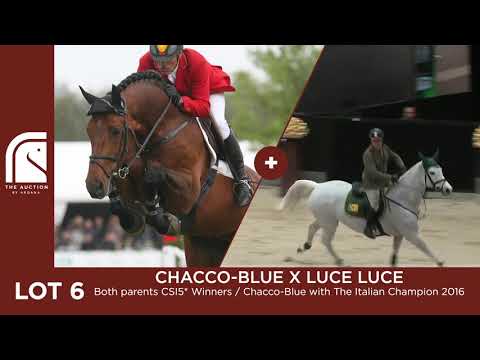 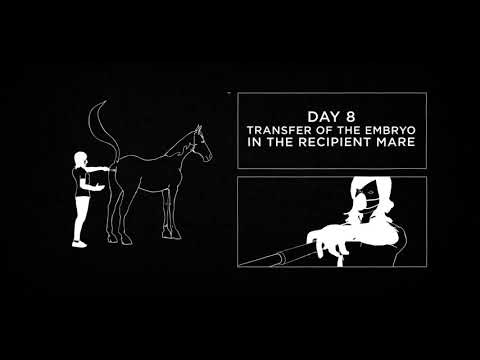 After the success of its spectacular Act II “Yearlings & Performers” sale last December in Paris (top price: €560,000, average €195,200), and the huge success of the first embryo sales (Act I, top price: €41,000, average €25,875) last year in Hong Kong, The Auction by Arqana starts the new year with Act III “Rare & Iconic Embryos” which will present an outstanding collection of world class showjumpers’ embryos for a new exclusive online auction.

Act III indeed proposes a catalogue that brings together seventeen sporthorse embryos, each of which has more prestigious breeding than the last, with ascending bloodlines, and even direct ascendants, having performed at the highest international level of show jumping. A rare and iconic collection with exclusive offers - proposed by breeders solely for The Auction – such as an embryo from the much sought-after Electra van't Roosakker, and another embryo that has the same parents as the Olympic hopeful, PSG Final. Two embryos that sum up the spirit of this catalog, which at the same time is made up of particularly rich, top-of-the-range maternal lines and pedigrees that include many champions that have performed at the highest level on the world stage.

All the sires of this collection are indeed great international performers. These include: the much sought-after Dominator Z, whose dam, Hallina de Muze,  performed at 1.50m; the Olympic Champion and triple World Cup Winner, Baloubet du Rouet, crossed with Gregory Wathelet's star Oh d'Eole; the iconic partner of Marco Kutsher, Cornet Obolensky, combined with the famous Voila, a winner over 1.60m with Robert Smith and Angelique Horn; Carthago Z – without doubt his last offspring available - with a second dam who is none other than Narcotique de Muze, a winner at 1.60m with Eric Lamaze; the World Reserve Champion Qlassic du Bois Margot, crossed with the dam of Steve Guerdat’s World Cup Winner, Abführen Paille (this lot will therefore be the latter's full brother or sister!); the powerful and elegant Emerald, who came 2nd in the World Cup Final combined with the maternal line of the Olympic Champion, Rahotep de Toscane; and the World Champion, Vigo d'Arsouilles, with a mare line from the phenomenal Don VHP Z and HH Carlos Z. And these are only a few remarkable examples from an even richer collection whose direct ancestors could make up a nice starting list for a 5* Grand Prix, as shown in this overview!

Obviously, this selection attaches great importance to the maternal bloodlines, which are crucial in the production of modern, high-performance sport horses. These embryos are more than mere hopes, more than just "bets." They offer guaranteed access to the best genetics of the moment. Why not breed a future Olympic Champion and watch it grow?

The virtual auction room will open on Friday 14, February at noon (CET) – a great gift for Valentine's Day – and the auction will close on February 15 at 18h (CET), unless a bid is placed in the last ten minutes, in which case, the closing time will be automatically pushed back by fifteen minutes. All details and pre-registrations are available via this link: www.theauction.online.

About The Auction by Arqana
The Auction by Arqana results from a partnership between Christophe Ameeuw, owner and CEO of Ecuries d’Ecaussinnes and President of EEM, and Arqana, France’s Number 1 racehorse auctioneer and a leading European auction house.  Created in 2019, The Auction by Arqana launched a groundbreaking program of auction sales dedicated to world-class show jumpers.
Combined with the innovative concepts of LIVE in-person and online auctions, dedicated to sport horses at the forefront of the international show jumping scene, we aim to become the world's leading equestrian auction house and to offer a unique platform for world-class performers, embryos, equestrian art, photography, real estate and valuable collections related to the horse.

Inspired by the world of Art and Horse Racing, The Auction aims to bring transparency and credibility to the equestrian trade, and to create a meeting point for buyers and sellers and attract new investors into the equestrian sector.
www.theauction.online
#TheRightPlaceAtTheRightTime

About Arqana
Arqana was created in 2006 from the merger between Agence Française and Goffs France, with support from His Highness the Aga Khan and Artcurial as majority shareholders.  Based in the seaside resort of Deauville, it is the leading racehorse auction house in France with 17 sales every year, which cover all market segments (foals, yearlings, horses in training, broodmares etc.) and grosses over €150 million annually - thoroughbreds and trotters combined.
www.arqana.com