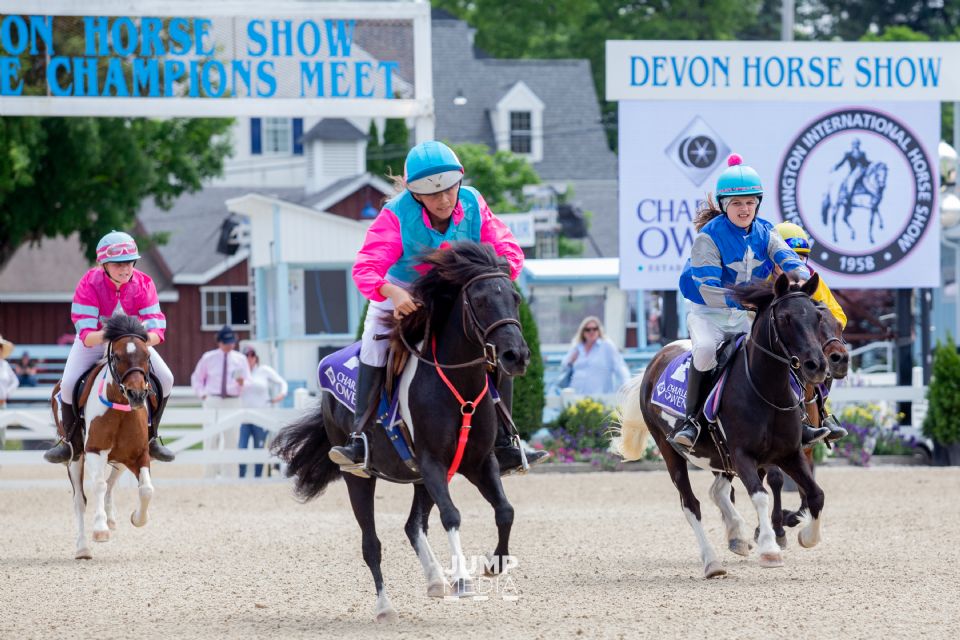 The WIHS Shetland Pony Steeplechase Championship Series returns and kicks off at the Devon Horse Show and Country Fair.
Photo by Jump Media 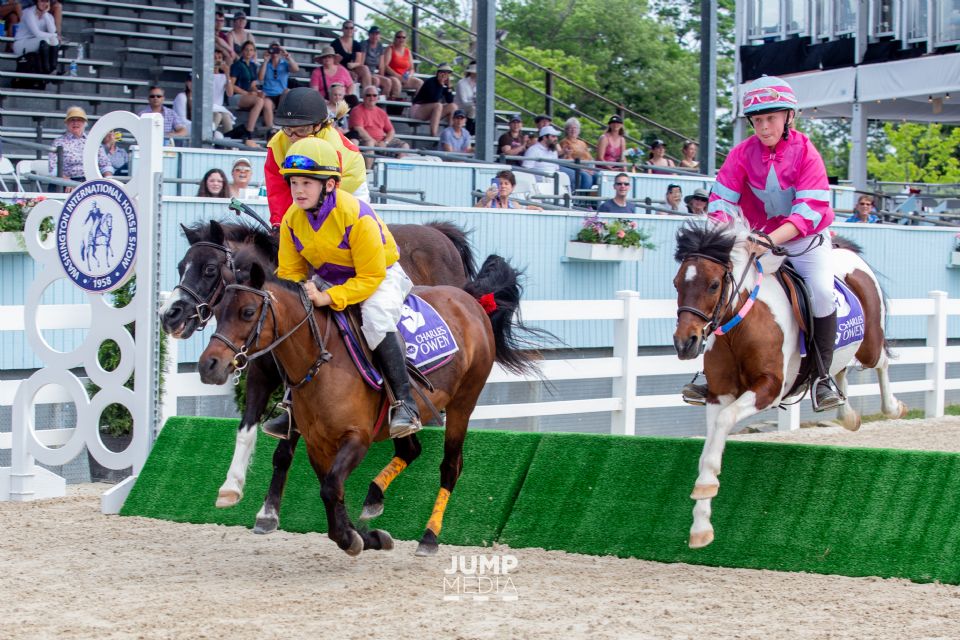 In addition to following the excitement in person and on the livestream, fans of WIHS and Devon are invited to participate in the #PonyPower Prize Sweepstakes on WIHS Facebook and Instagram.
Photo by Jump Media

After a two-year hiatus due to COVID-19, the Washington International Horse Show (WIHS) is thrilled to announce the return of the ever-popular WIHS Shetland Pony Steeplechase Championship Series!

Coinciding with the comeback of the Devon Horse Show and Country Fair in Devon, Pennsylvania, the pony steeplechase racing series will kick off over Memorial Day Weekend in the Dixon Oval with races on Sunday, May 29, and Monday, May 30, 2022.

The WIHS Shetland Pony Steeplechase races feature miniature mounts with their junior jockeys. When they made their first introduction to WIHS in 2013, the Washington Post declared the races to be “D.C.’s newest, and cutest sport.”

If you are not in attendance, you can still catch all of the excitement and action on the USEF Network livestream HERE.

Whether you are watching the live action at the Devon Horse Show or you’re watching the livestream from home, fans of Devon and WIHS will have an extra opportunity to get involved in the fun and win official WIHS merchandise through the #PonyPower Prize Sweepstakes on social media.

How the #PonyPower Prize Sweepstakes Works

For those new to the WIHS Shetland Steeplechase Championship Series, watch footage of the steeplechase at the 2021 Washington International Horse Show HERE!

The series final will take place during the 64th annual Washington International Horse Show that is making its welcomed return to the Washington D.C. area at The Show Place Arena at Prince George’s Equestrian Center (PGEC) in Upper Marlboro, Maryland, October 24 through October 30.
As one of the world’s most celebrated horse shows, this year’s WIHS will return to a traditional indoor venue as a newly approved FEI Five-Star Event, with an expanded schedule, an additional day of competition, and the most prize money in the history of the event. The $406,000 Longines FEI Jumping World Cup™ Washington CSI5*-W for the President’s Cup Grand Prix will attract athletes from around the world, and WIHS will also welcome qualified riders from across the nation to compete for year-end titles in hunter, jumper, pony, and equitation divisions, including the prestigious WIHS Equitation Championship. In addition to Olympic-caliber competition, WIHS also features community and charity events.