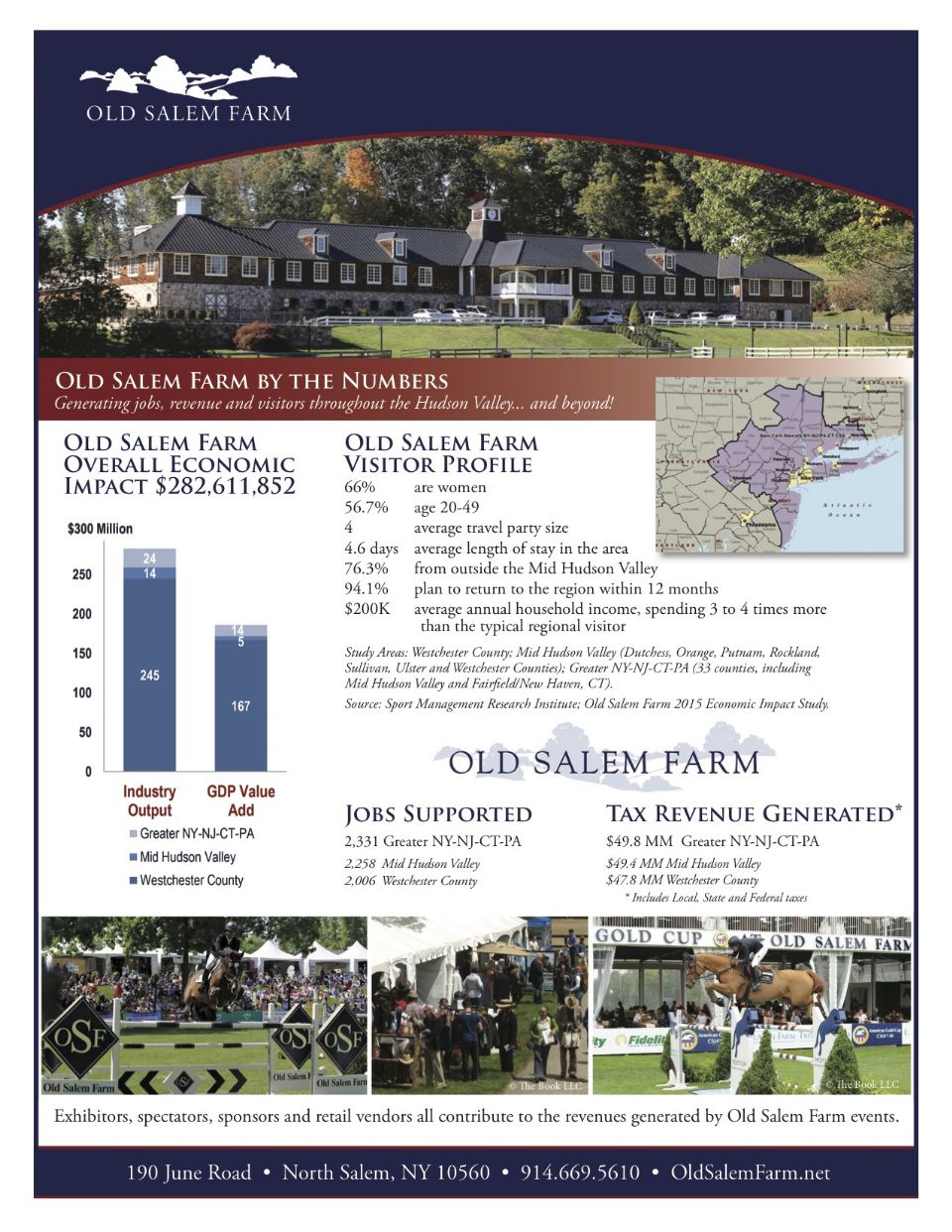 “Old Salem Farm has worked very hard to make our venue one of the best in North America, and we are proud to be able to support and impact Westchester County and the local area,” said Old Salem Farm Manager Alan Bietsch.

With a full boarding and training facility, three weeks of top level show jumping, and a full schedule of national-level competitions throughout the year, Old Salem Farm staged a total of 70 event days in 2015.

When looking at the greater Combined Statistical Area in New York, New Jersey, Connecticut, and Pennsylvania with 33 counties, the total economic impact increases to more than $282 million.

Out-of-town visitors attending the events at Old Salem Farm had a “more favorable impression” of the region as a result of attending an event, while 94.1% of attendees said they planned to return to the region in the next 12 months.

Tax impacts in Mid-Hudson region were $22.0 million in state/local tax revenues, and in the broader region federal tax impacts were $29.0 million.

Old Salem Farm is proud to be a part of Westchester County and bring visitors to the great state of New York, along with providing exciting and entertaining equestrian events.

Stay on top of all things Old Salem Farm, including updates on future events, at www.oldsalemfarm.net.