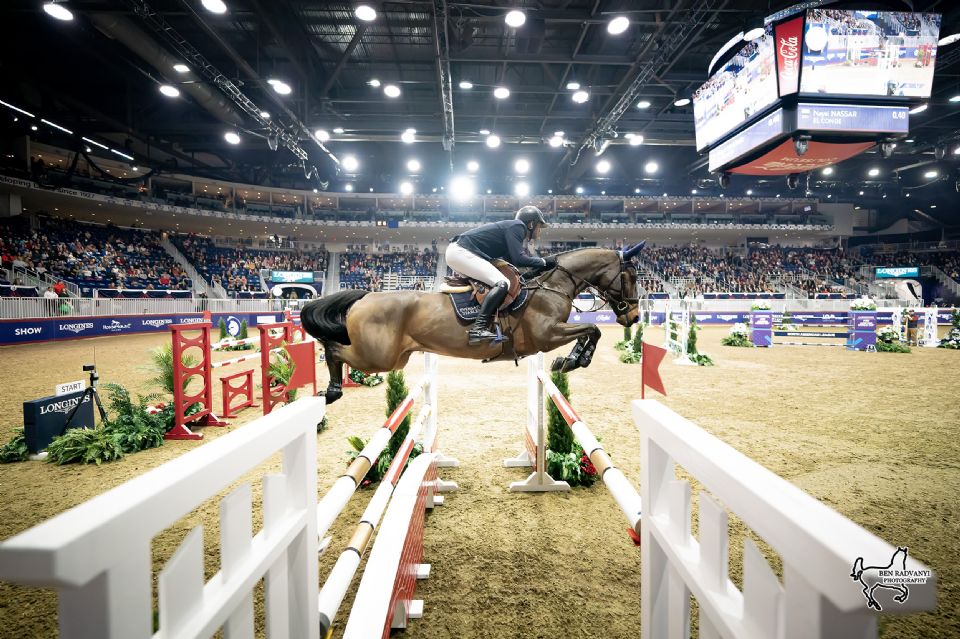 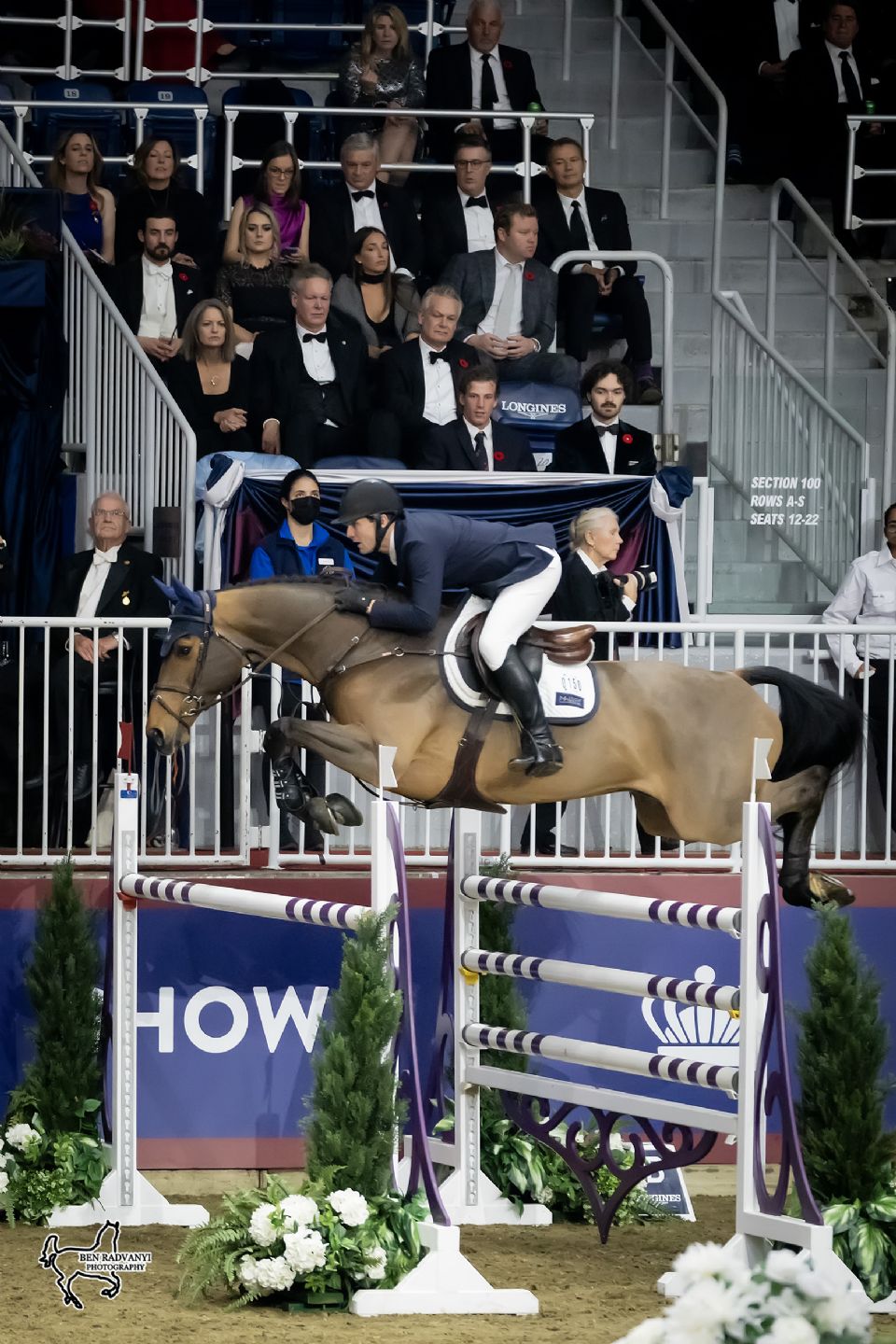 American McLain Ward and Lezaro finished runner-up in the $74,000 Centennial Cup at the Royal Horse Show in Toronto, ON.
Photo by Ben Radvanyi Photography 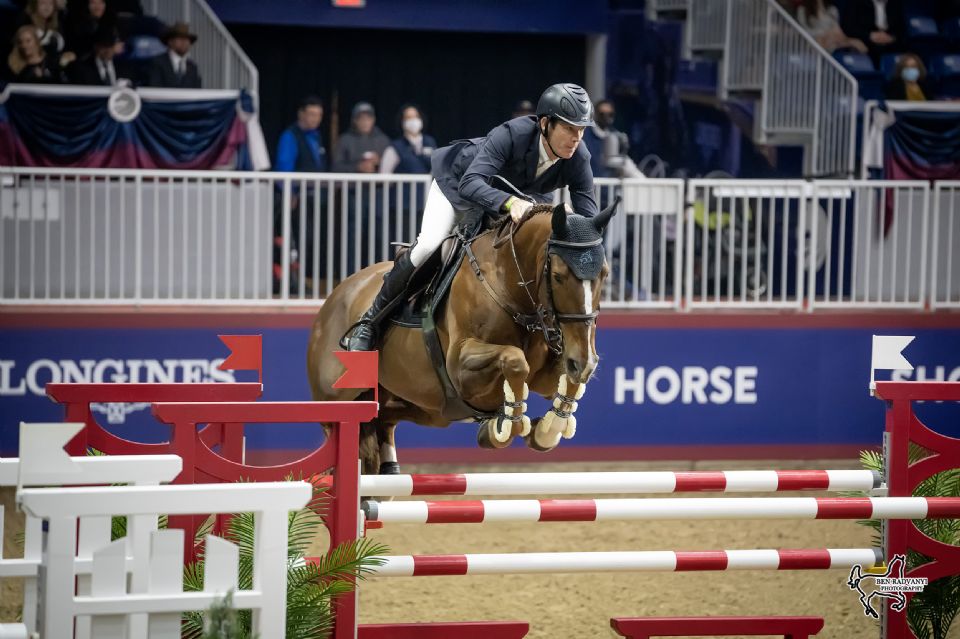 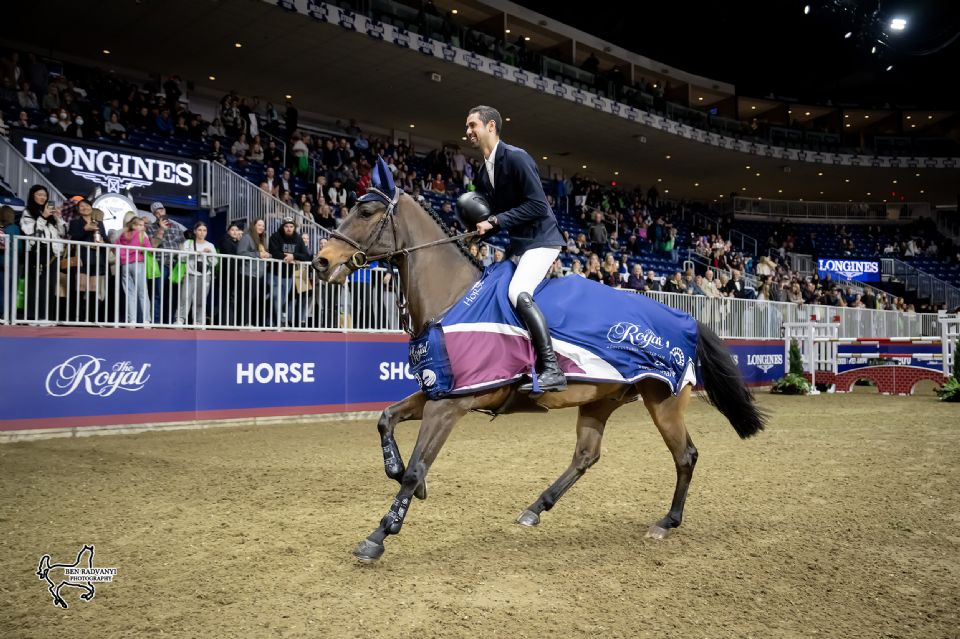 Nayel Nassar celebrated his Royal Horse Show debut with a win aboard El Conde at the 100th Royal Agricultural Winter Fair in Toronto, ON.
Photo by Ben Radvanyi Photography 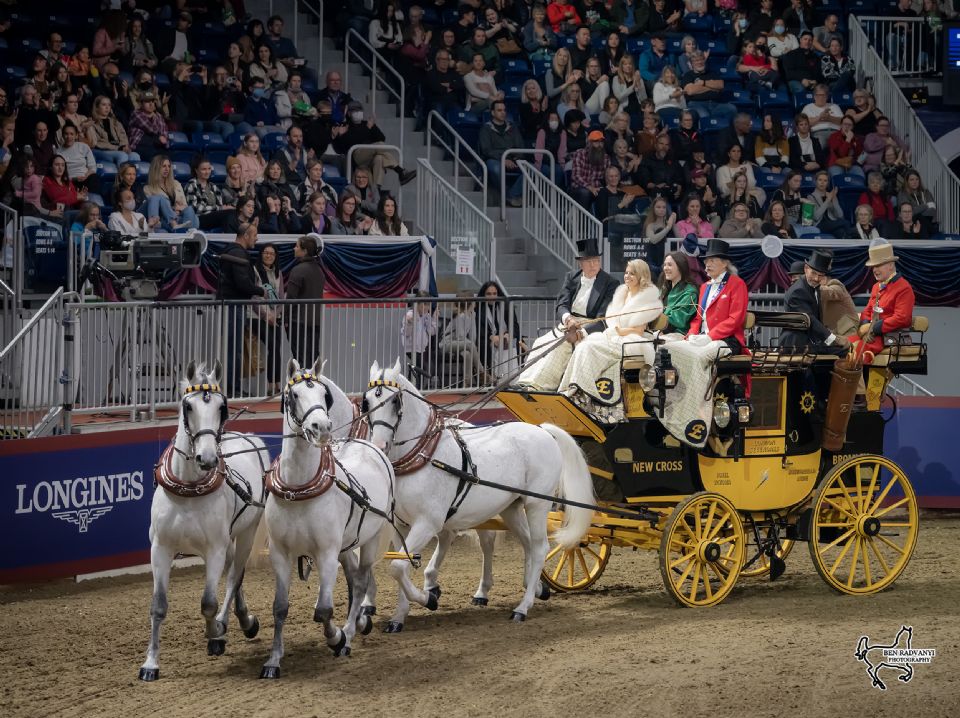 Egyptian Olympian Nayel Nassar flew to victory in the $74,000 Centennial Cup, on Friday evening, November 11, at the CSI5*-W Royal Horse Show, held as part of the 100th Royal Agricultural Winter Fair, in Toronto, ON.

Nineteen horse-and-rider combinations contested the speed track set by Canada’s Michel Vaillancourt, racing for the top spot right out of the gate.  As they risked for reward, poles fell around the course until Swiss Olympic medalist Beat Mändli was the first to find a clear path in 56.70 seconds aboard Chartraine Pre Noir, a 10-year-old Selle Français mare (Kannan x Corrado II) owned by Grant Road Partners LLC.  A few rounds later, it was Nayel Nassar who turned and burned to a blazing fault-free effort in 53.54 seconds with El Conde.

“Michel [Vaillancourt] was tough on us today, giving us really full rollbacks, not just half-turns,” said Nassar, who is making his debut trip to the Royal Horse Show.  “At the same time, we had some very tall and delicate verticals, which you needed to jump clear.  It’s always really difficult to keep your rhythm in a ring like this especially when you’re trying to go against the clock.  It was all about finding the balance between speed versus precision.  Luckily, we managed to get on the right side of that today.”

“He’s really my type of horse,” said Nassar of El Conde, who was bred in Belgium by 2010 world champion Phillippe Le Jeune and carries Connemara pony lineage on his dam-side.  “We clicked really well from the get-go.  He’s small and fast and has a lot of blood.  He’s always looking for the next fence.  He is just such a fighter in every sense of the word.  He’s a great guy.”

Like many of the riders competing at The Royal this week, Nassar is chasing points toward qualification for the 2023 Longines FEI Jumping World Cup™ Final taking place in Omaha, NE, next April.  On Saturday night, November 12, riders will be looking to earn valuable qualifying points in the CSI5*-W Royal Horse Show’s highly anticipated $250,000 Longines FEI Jumping World Cup™ Toronto, which will take place in front of a packed house of over 7,000 people.

“Competing at The Royal has been unbelievable,” expressed 31-year-old Nassar.  “I have no words.  These are the events that really motivate you as a rider and force you to dig in a little bit more, and the horses feel the pressure too.  This sort of atmosphere brings out the best in horses, especially the good horses.  They know when it’s time to rise to the occasion with a big crowd like that, and El Conde definitely knew it and was on tonight.”

For those unable to attend Saturday’s featured event in person, livestream is available on FEI TV here, as well as local television networks worldwide.  To relive what is sure to be a thrilling night, tune in to the CBS Sports Network broadcast on November 17, from 9:00 to 11:00 p.m. ET.

For more information on the Royal Horse Show, the marquee event of the 100th Royal Agricultural Winter Fair, visit www.royalfair.org/horse-show.