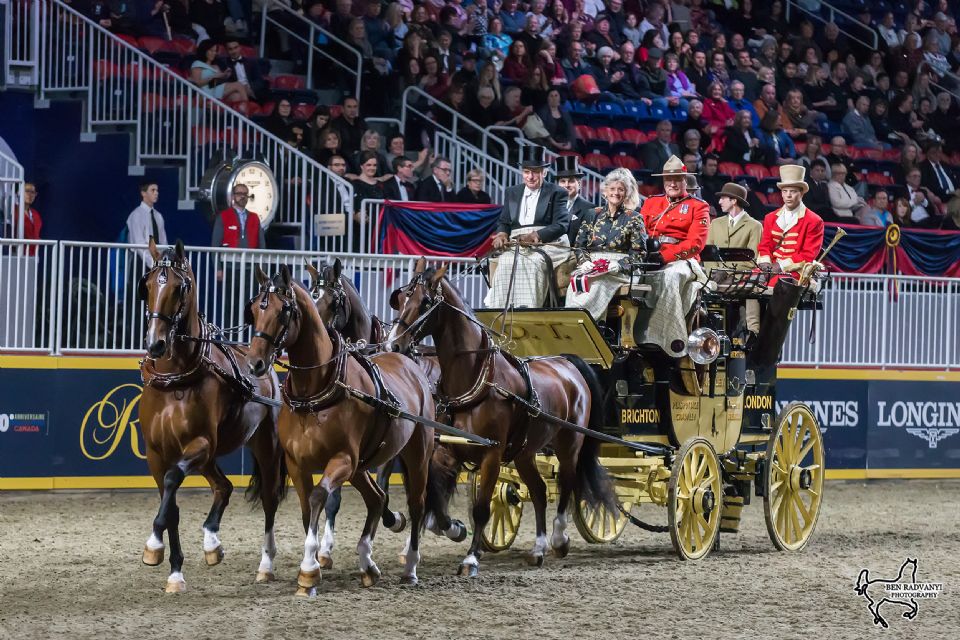 Mr. and Mrs. Harvey Waller of Stockbridge, MA, won the Green Meadows Four-In-Hand Coaching Appointments class for the second year in a row on Friday, November 10, at the Royal Horse Show in Toronto, ON.
Photo by Ben Radvanyi Photography 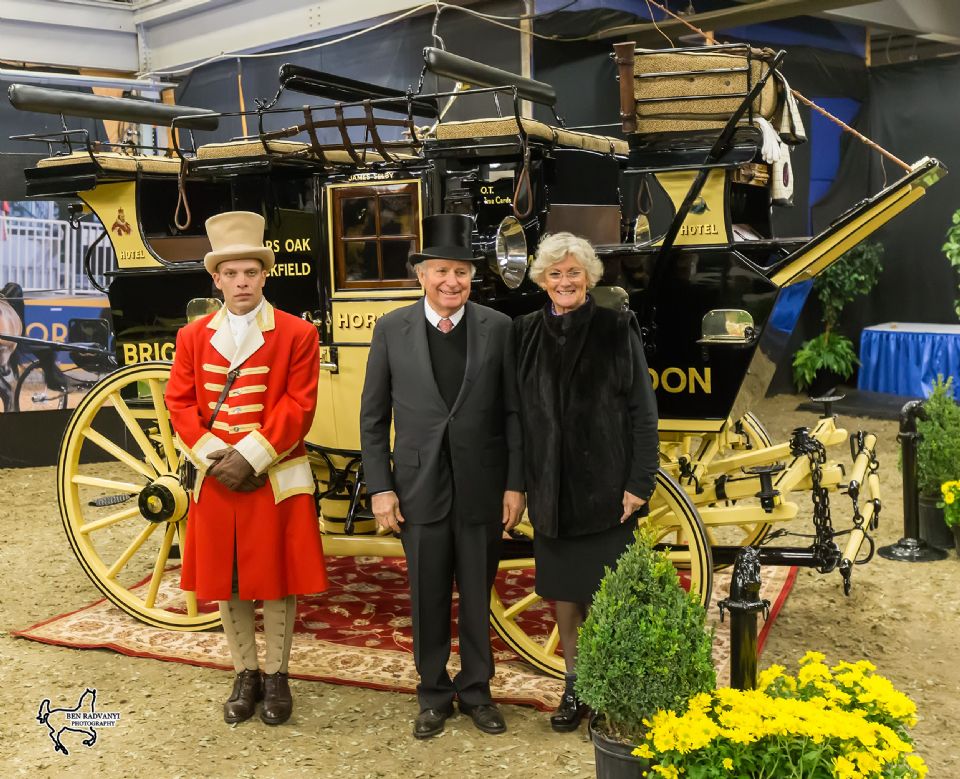 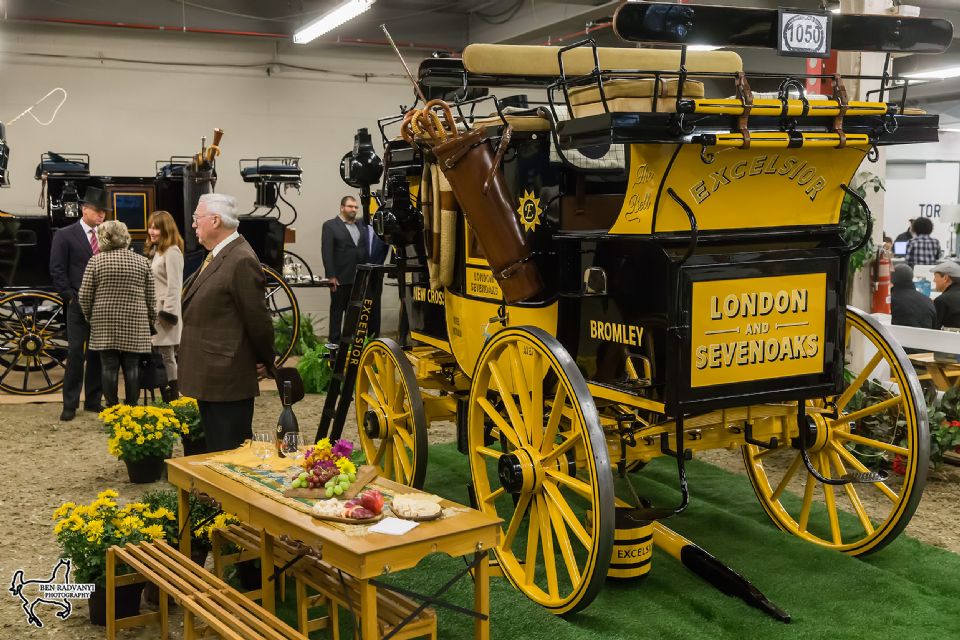 Mr. and Mrs. Harvey Waller of Stockbridge, MA, made the trip to Toronto’s iconic Royal Horse Show to win the Green Meadows Four-In-Hand Coaching Appointments Class on Friday, November 10.  The Royal Horse Show is held as part of the 95th Royal Agricultural Winter Fair, running November 3 through 12 at the Ricoh Coliseum.

The Green Meadows Coaching division, generously sponsored by Hugessen Consulting Inc., is dedicated to the great tradition of the road coaches and park drags of years gone by and is an important part of the rich history of the 95th Royal Agricultural Winter Fair.

For Harvey and Mary Waller, driving at The Royal has been a tradition for nearly 20 years.

“Every year now, it’s like, ‘it’s November, it’s time to go to the Royal!’” said Mary Waller, who formerly contested the amateur-owner hunter division at the Royal Horse Show before turning her attention to driving.

“You are invited to come here so the best entries are here,” said Harvey Waller.  “With the history and tradition of The Royal, if you get a ribbon here, you’ve accomplished something.  It really has meaning.”

For the past two years, the Wallers have been awarded the win in the Green Meadows Four-In-Hand Coaching Appointments class with their recognizable, historic road coach the ‘Old Times,’ which was famously driven from London to Brighton, England, in the 1880s.

“We sent it to a restorer not to restore it, but to conserve it,” explained Mary Waller, who purchased the coach together with her husband in 2001.  “We took all the paint down to the bottom layer, found the original color, the original lettering on it, the shading of the lettering, etc., and put it back exactly the way it was when it was first built.”

Finishing in second in the Green Meadows Four-In-Hand Coaching Appointment Class was the entry of John P. White of Newton, NJ, and his Shallow Brook Farm.

“The Royal is a special show because it’s an indoor show, and it is much more formal dress,” said White, who competed with four grey Kladruber horses, a rare breed from the Czech Republic that is one of the world’s oldest horse breeds.  “The people here are very happy to have the coaching as part of the Royal Horse Show, and we’re happy to be here.”