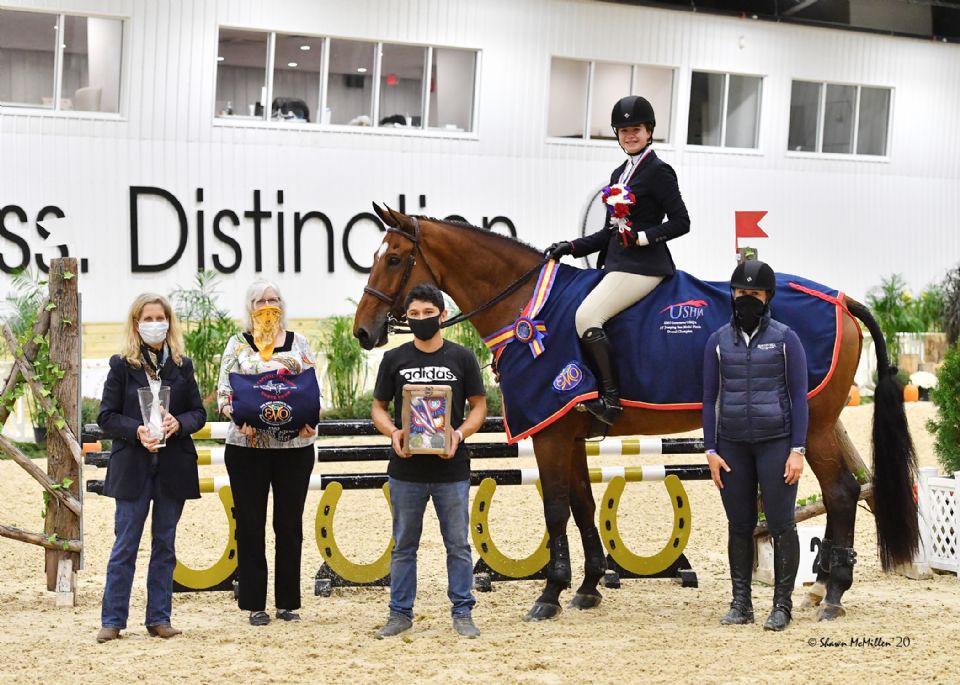 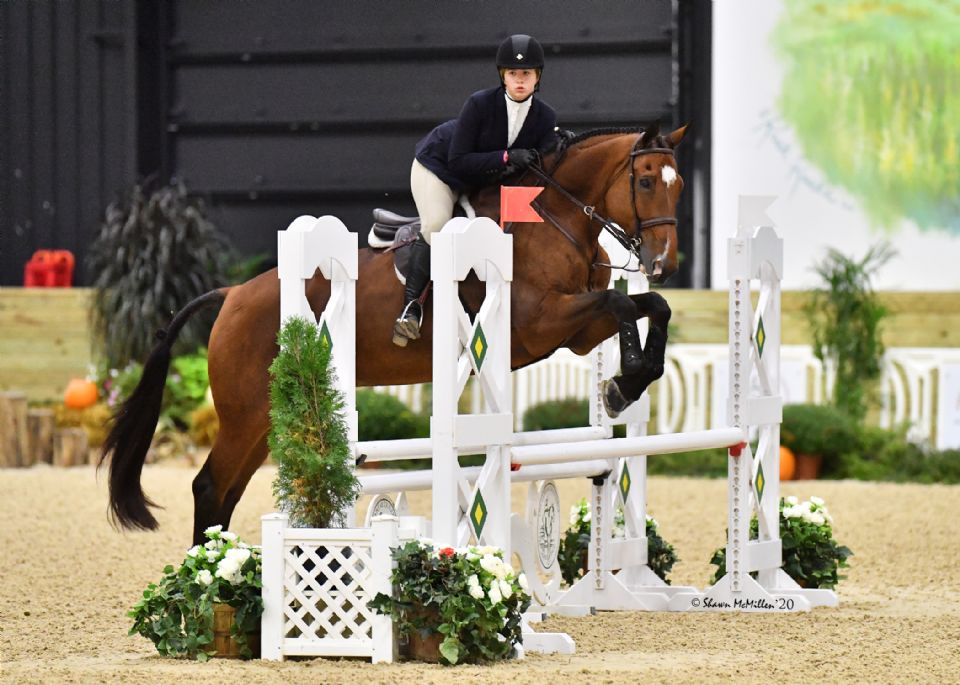 After finishing 75th in Friday’s opening flat phase, Hudkins finished third in Friday’s gymnastics phase to jump up in the rankings to eighth place overall heading into Saturday’s final jumping round. There, judges Keri Kampsen and Bill Ellis awarded Hudkins a personal best score of 89.50, securing the 13-year-old second place in the jumping phase and the overall win with a total score of 388.75.

“I can’t even believe that I won!” said Hudkins, who trains with Max Amaya of Stonehenge Stables and Stacia Klein Madden of Beacon Hill Show Stables. “I really didn’t expect it. After I went today, I got the highest score I’ve ever gotten. That was really exciting in itself. After that, I was just really hoping that I could at least get a ribbon. I’m so happy that I got first!

“I came into this weekend hoping I’d have solid rounds and do well,” continued Hudkins. “Starting with the flat, I knew that it wasn’t my best. So, I stayed calm, and I was really happy I got the third in the gymnastics. Today, I got up at 6 a.m. and rode in the ring. I did my age group equitation, rode my jumper, and then took about five hours in my hotel room. I stayed there and didn’t even think about the show. Then I came out and walked the course and had about three hours inside. I really concentrated on me rather than the course, and I think that helped to keep me calm and not stressed out.”

Hudkins earned the win aboard Canterbury, a 13-year-old warmblood gelding owned by Maverick Helmer and ridden to victory in the same class with Helmer in the irons in 2017.

That was exciting that [Canterbury] could do it again,” said Hudkins, who started riding the gelding, nicknamed “Fruit,” two and a half years ago. “He’s the best horse I could ever ask for. He really tries hard and works and understands and tries to help you. I’ve really gotten to understand him, and he’s helped me come up from 3’ to 3’6”. I’m so thankful to Maverick for trusting me with him.”

For her victory, Hudkins received a pair of Parlanti paddock boots, a Charles Owen helmet, a gift from Straight Arrow, an Essex Classics Show Shirt and a certificate for FITS Breeches, in addition to her ribbon and sash. On hand to help present the awards to the top place finishers was Sue Bopp from title sponsor EMO Insurance.

The award for Best Equitation Horse and a CWD halter was presented to Catori, owned and ridden by Bella Clemente.

The EMO Insurance/USHJA 3'3" Jumping Seat Medal provides Junior exhibitors with the opportunity to develop their equitation skills over a jumper-style course, aiming to help riders gain experience in a format similar to that of the Platinum Performance/USEF Show Jumping Talent Search Program. The Medal is open to Junior active members of US Equestrian and USHJA who have not reached their 18th birthday as of December 1 of the current competition year.