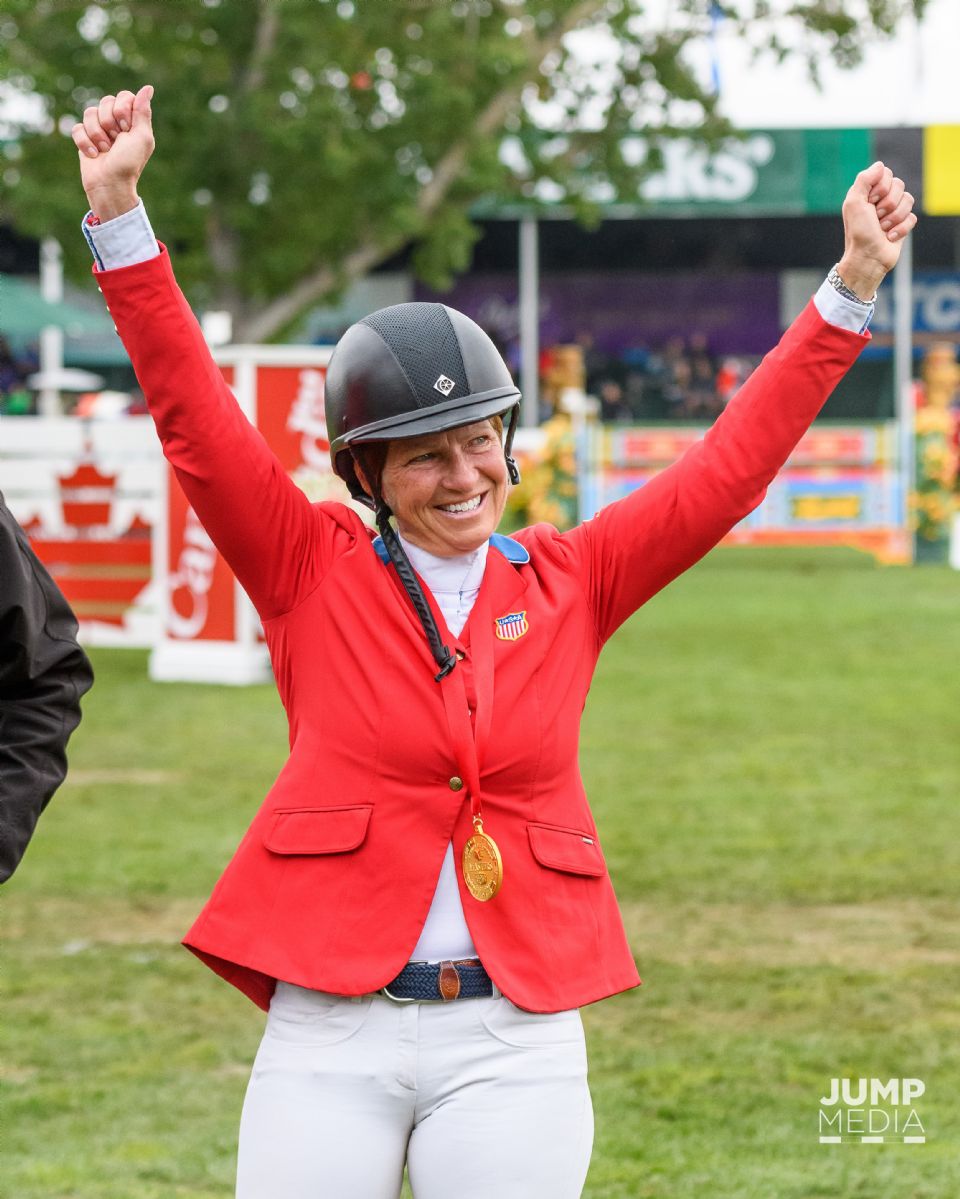 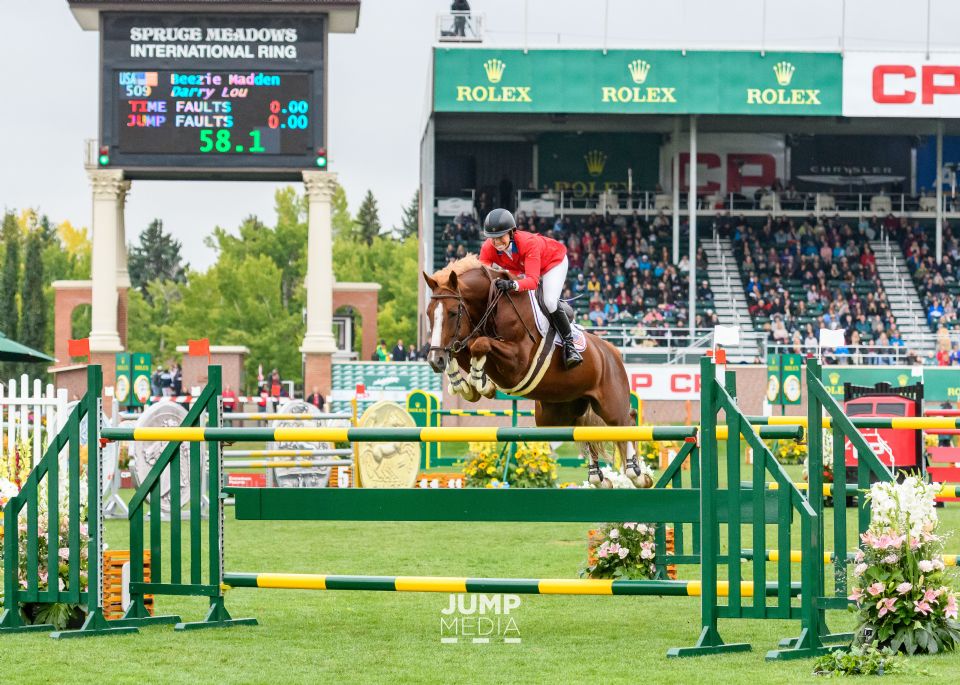 Madden and Darry Lou were clear in round one to land in the top 12 to return for the second round. They were the only pair to jump clear in the second round and tallied just one time fault to win outright without a jump-off.

“It was a very difficult second round, the last line in particular,” said Madden of the grand prix, which featured two double combinations in the last line of the second round. “You have a huge atmosphere here, and it is always difficult jumping and very good competition. I find it inspiring and I get much more excited here than something where there is no crowd. The sponsors, the fans, and everything make it special. I thought it made for an amazing event today.”

Paired together just over two years, Madden and Darry Lou had four faults in the Rolex Grand Prix of Aachen in July in a top 10 finish. On Friday at the Spruce Meadows ‘Masters’ Tournament, they won the Tourmaline Oil Cup 1.60m, setting themselves up well for Sunday’s huge victory.

“He felt just spot on today, so that was really nice,” said Madden of the charming chestnut stallion. “A lot can happen in this class; both rounds were very difficult. You always hope you can do well, but it’s hard jumping here. He’s nothing but a pleasure to ride. If anything goes wrong, it’s my fault. He has a beautiful gallop and jump. His temperament is amazing; he’s careful and scopey.

“Winning this class means a lot with any horse, but this year he’s had an incredible record and to cap it off with this win is fantastic,” concluded Madden. “It feels great to win for our whole team that take care of the horses and our owner Abigail Wexner. His regular groom Clark [Shipley] couldn’t be here this week, but I’m sure he was watching and was proud of his boy.”

The CP ‘International’ Grand Prix, presented by Rolex has been one of the biggest show jumping events in the world since 1976 and boasts a winner’s list of the sport’s legends, including Madden, who won this prestigious class in 2005 on Judgement.

There were $3 million (Canadian dollars) on hand for the grand prix, of which Madden takes home $1 million as the winner. She is also now in the running for the Rolex Grand Slam of Show Jumping, which offers a 1 million Euro bonus for the rider who can win three grand prix events in a row of the participating events at Spruce Meadows ‘Masters’, CHI Geneva, The Dutch Masters, and CHIO Aachen. Madden is the first female to be a “live contender” for the Rolex Grand Slam of Show Jumping and followed fellow American contender Kent Farrington, who won the Rolex Grand Prix of Aachen with Gazelle.

“This is a class that everybody dreams about winning,” stated Madden. “The prize money is amazing obviously, but the prestige of winning is really special. To win twice is pretty amazing.”