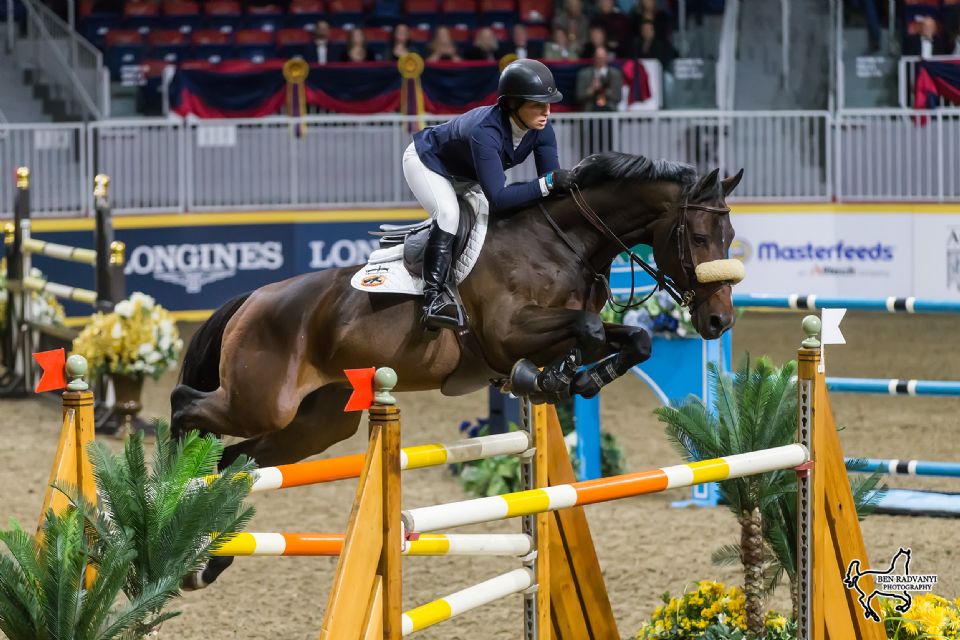 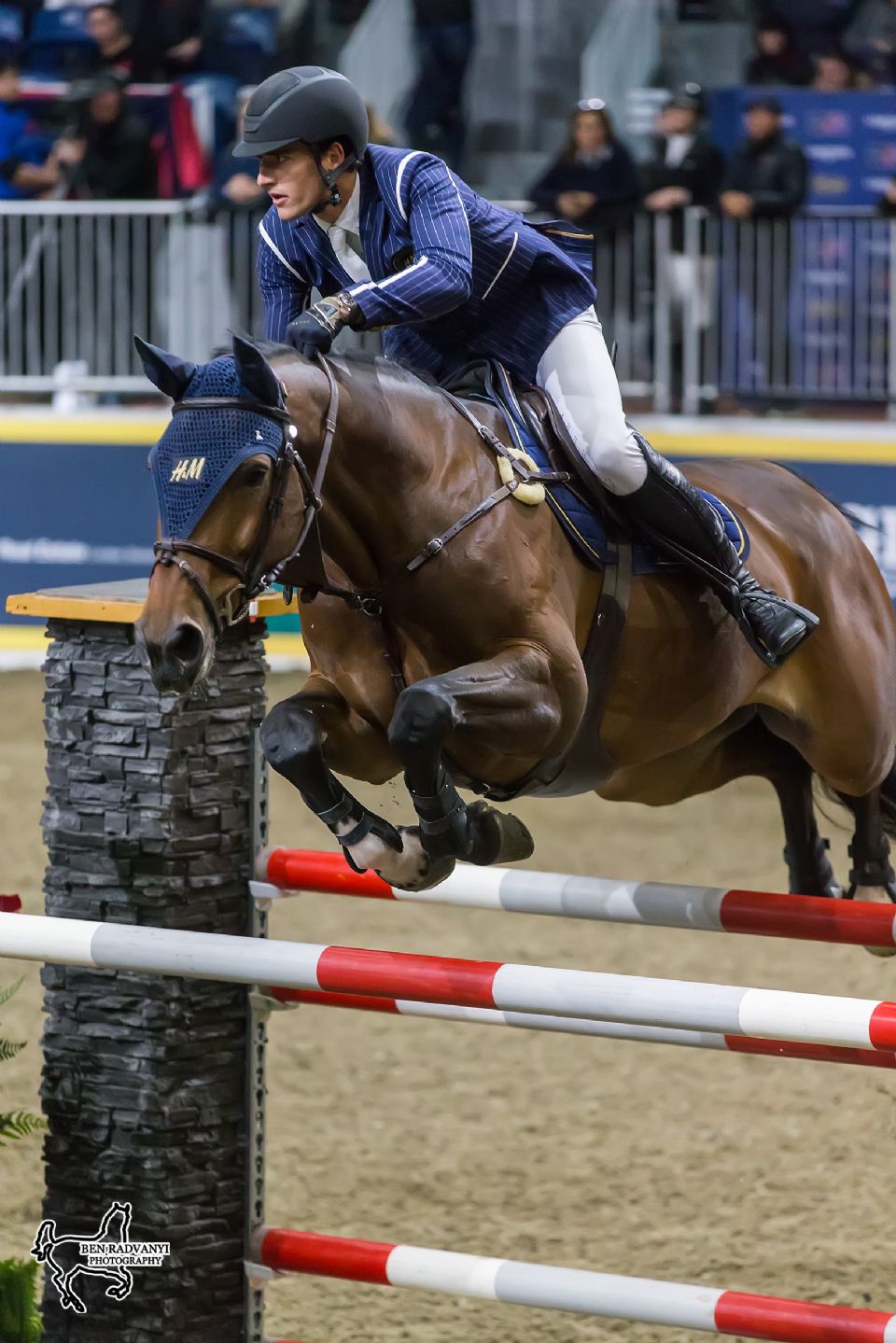 Nicola Philippaerts of Belgium was second riding Inouk P in the $50,000 Weston Canadian Open on Friday, November 10, at the CSI4*-W Royal Horse Show in Toronto, ON.
Photo by Ben Radvanyi Photography

Hot off her win in Thursday’s $35,000 Brickenden Trophy with Coach, Madden returned to the Ricoh Coliseum on Friday night with Breitling LS, owned by Abigail Wexner.  Riding second in the order, Madden set the early time to beat over the speed track designed by 2016 Rio Olympic course designer Guilherme Jorge of Brazil, stopping the timers clear in 50.03 seconds.  The only rider to come close to catching Madden was Nicola Philippaerts of Belgium who piloted Inouk P, a nine-year-old Belgian Warmblood mare, to a time of 51.97 seconds for owner and father, four-time Olympian Ludo Philippaerts.

“There were some really good riders out there, but I think I set the pace fast enough that they had to take some risks and that was difficult to do,” said Madden, 53, a regular competitor and crowd favourite at the annual Royal Horse Show.  “This has been quite a good show for me.  The quality here is always good with good jumping, which makes it is difficult to win, so I am thrilled to win two classes.”

Of her mount Breitling LS, Madden noted, “He has had a phenomenal year!  He has developed into a horse I can depend on in any kind of class.

“Tonight, there were a lot of inside turns with jumps coming up quick, so you needed a horse that was rideable and that is one of his very strong points,” continued Madden of the 11-year-old La Silla stallion (Quintero x Armonia).  “He has become quite a quick thinker, which he had to develop into, so I was really happy that he did that well with this course.”

Canada’s own François Lamontagne of St. Eustache, QC, took third on home soil with a clear round in 54.42 seconds riding Chanel du Calvaire while Sharn Wordley New Zealand claimed fourth in 56.32 seconds on Caiman des Sequoias for owner Sky Group.  Vanessa Mannix of Calgary, AB, was the only other rider to post a clear round, piloting Chemas home in a time of 56.67 seconds.

The Royal Horse Show concludes with the spectator-favorite $87,000 GroupBy Big Ben Challenge on Saturday evening, November 11, when the number-one rider in the world, Kent Farrington of the United States, will look to defend his 2016 title.