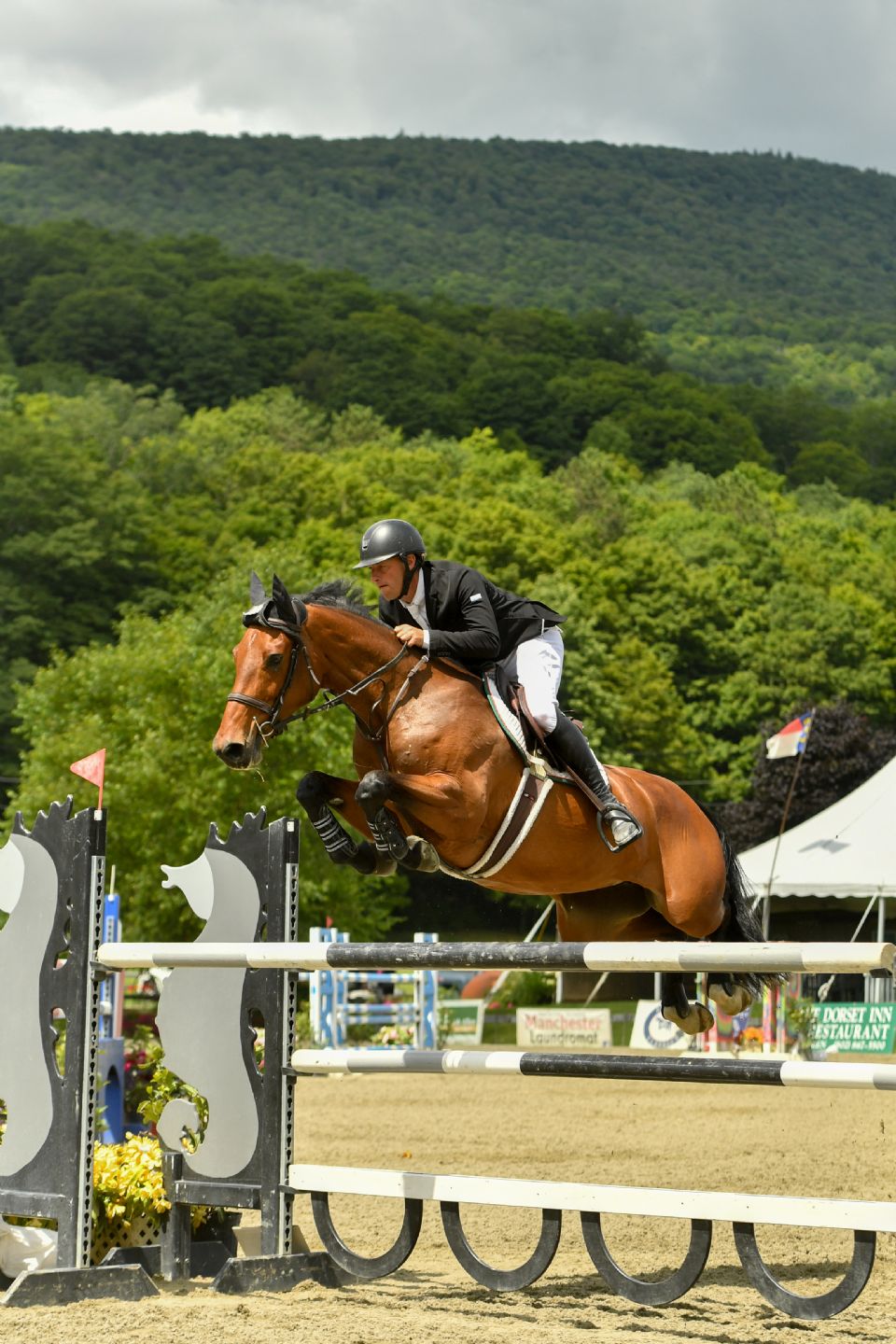 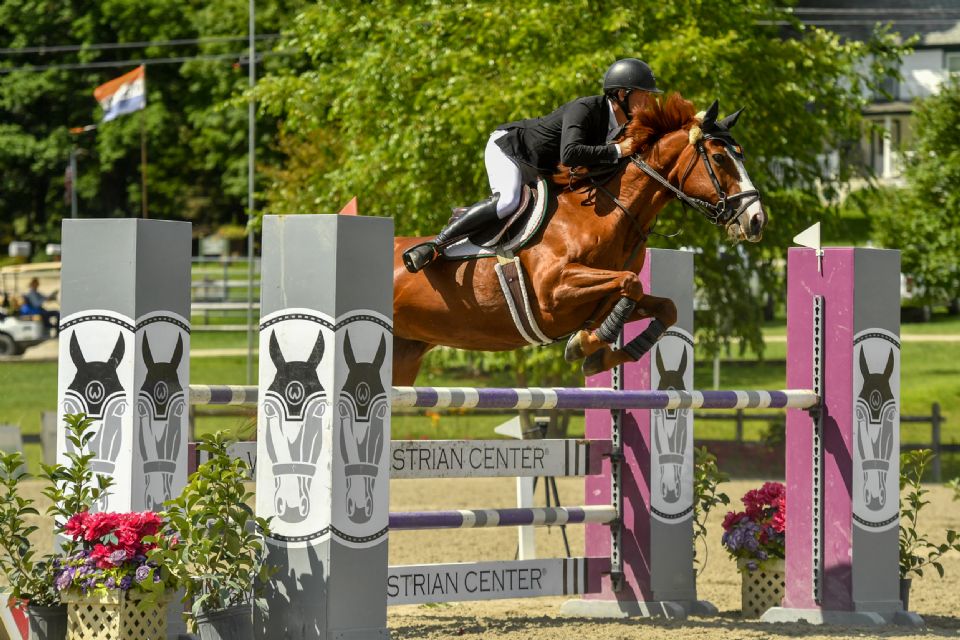 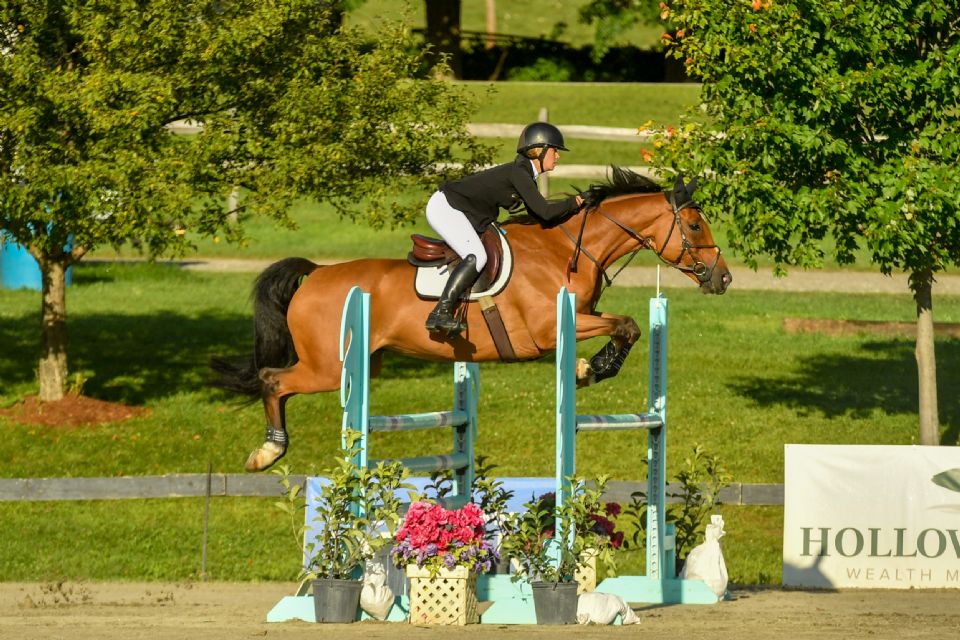 McCarthy was the first entry in the ring aboard his own Catch A Star HSS, and the pair set the standard with a clear round over the track set by course designer Ken Krome of Westminster, MD. Six additional horses qualified to join McCarthy and Catch A Star HSS in the jump-off, but none would catch the jump-off time to beat of 30.77 seconds set by McCarthy and the nine-year-old Swedish Warmblood mare.

Coming the closest to catching McCarthy’s time was McCarthy himself aboard his second mount, Easton. The 10-year-old Oldenburg gelding owned by McCarthy crossed the finish line in 33.85 seconds for second place.

“Catch A Star HHS is naturally fast, so we set down a good time, and it held up for a good win today!” said McCarthy, who has had a highly successful season at the Vermont Summer Festival, having earned two grand prix victories and two welcome stake wins with Catch A Star HSS, as well as two welcome stake wins with Easton, in addition to other top finishes in the amateur-owner jumper divisions.

“All in all, it was a fantastic show,” said McCarthy, who will now return to his home base in Cazenovia, NY. “A big thanks to the show for all of the work that goes into this behind the scenes.”

Finishing in third behind McCarthy was Amy Shafmaster of Portsmouth, MA, who stopped the jump-off clock with a clear round in 36.05 seconds aboard her own Dalton de la Fresniere. Fourth place with a time of 37.45 seconds went to Elizabeth Stroh of Ocala, FL, and Canoso, owned by Cloverly Farm LLC. Fifth place with the only additional double-clear effort went to Maya Nayyar of New York, NY, riding Notaris, owned by Maya Nayyar, LLC.

Now concluding its 26th year, the Vermont Summer Festival offers a dynamic competition schedule while also giving competitors an opportunity to enjoy the wide variety of entertainment, recreation, shopping, and dining options offered in Dorset, Manchester, and the surrounding area. A recent study conducted by the Center for Rural Studies at the University of Vermont cited that the total direct spending of visitors frequenting Vermont for equine-related activities is estimated at nearly $15.5 million annually.