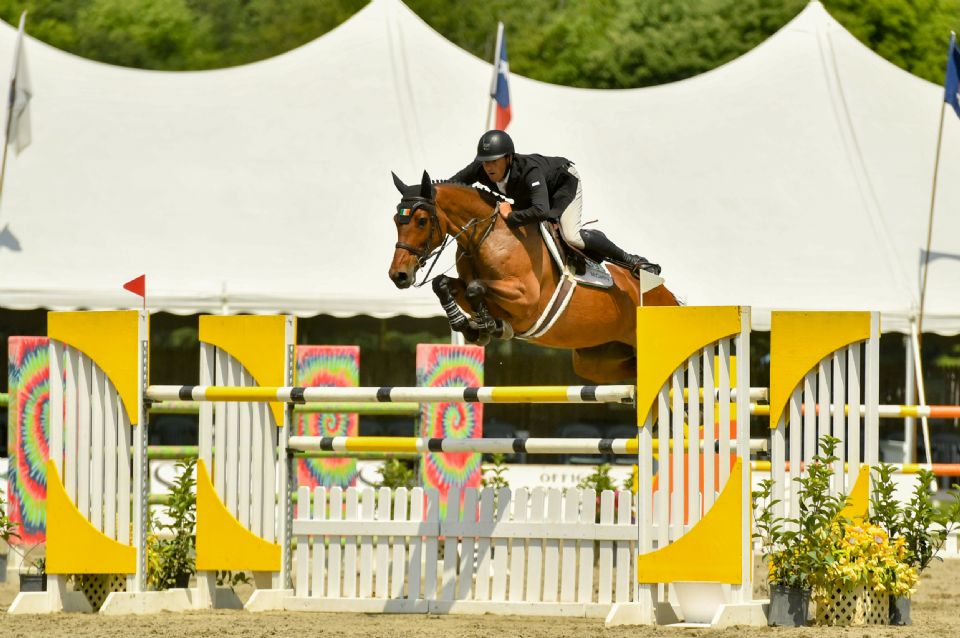 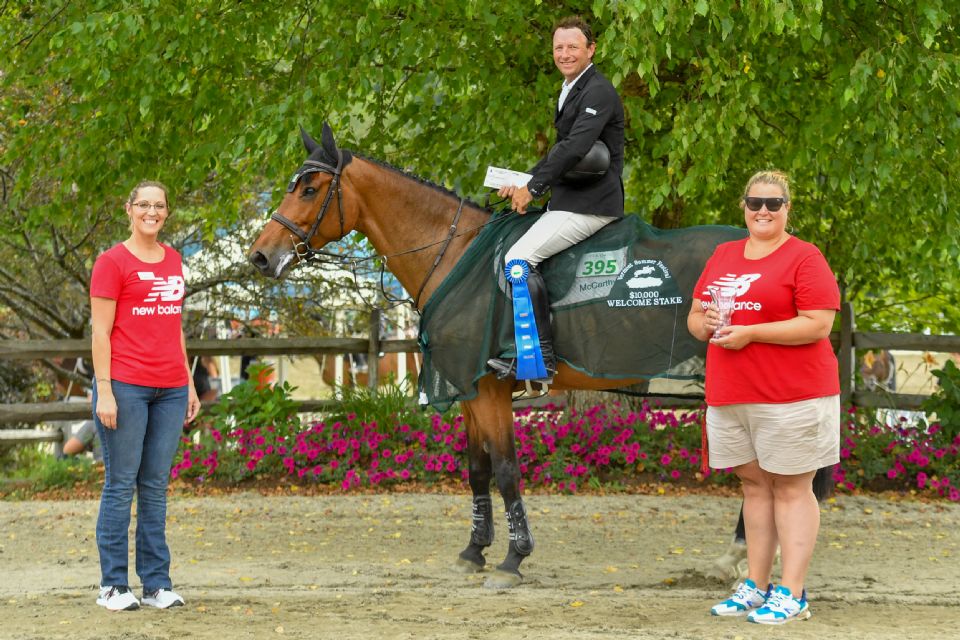 McCarthy and his winning mount, Catch A Star HSS, were one of 22 entries to contest Thursday’s first-round track set by Ken Krome of Westminster, MD, and the pair was one of 10 horse-and-rider combinations that jumped without fault to advance to the short course.

As the penultimate pair to jump off, McCarthy and Catch A Star HSS quickly took over the leaderboard with a clear round in what proved to be an untouchable time of 36.82 seconds.

“I knew that if I could get into the jump-off, if I could leave the jumps up, I could have a good shot at it,” said McCarthy. “She is simply just so fast that it worked out well.”

In addition to his success in the weekly welcome stake classes, McCarthy has claimed two grand prix wins with Catch A Star HSS at the 2019 Vermont Summer Festival.

“She has a record now that out-passes many horses at the horse shows,” said McCarthy of his own nine-year-old Swedish Warmblood mare (Sheraton x Amulet) that he started riding roughly a year ago. “She’s so consistent. She’s an amazing horse. I was always told that she was going to be the winner. You know, everyone says that, but she really is. I’ve never rode a horse that is as consistent as this, and it’s fun. You can’t beat winning!”

In addition to receiving the winner’s share of the prize money and a show scrim from Mona’s Monograms, McCarthy is now prepared for quite the shopping spree, as he was presented with his fourth $1,000 gift card to one of the Manchester Designer Outlets’ retailers, this one to New Balance and awarded to him by New Balance store representatives Melissa Parker and Liz Pavlik.

Finishing in both second and third behind McCarthy was fellow Irishman Kevin Mealiff. Mealiff stopped the clock in 39.25 seconds to take the runner-up spot aboard Idylle van de Eikhoeve, owned by Freedom Hill Farm, and he took third with a time of 40.54 seconds riding Nuca 2, owned by Maarten Huygens.

Fourth place went to Kyla Makholghi of Sherborn, MA, riding Hurry Up B, owned by Rosemont Farm, LLC, and Cory Hardy of Littleton, MA, rounded out the top five aboard Chico 892, owned by Beyaert Farm, Inc.

Competition at the 2019 Vermont Summer Festival continues through Sunday, beginning each day at 8 a.m. Admission is $5 for adults and children on Friday. On Saturday and Sunday, admission is $10 for adults and $5 for children with 100 percent of all gate proceeds benefiting Dorset Equine Rescue, The Dorset School, and Manchester Community Library.