Jean Sheptoff and Verdict are Victorious in $15,000 Hunter Derby at Vermont Summer Festival 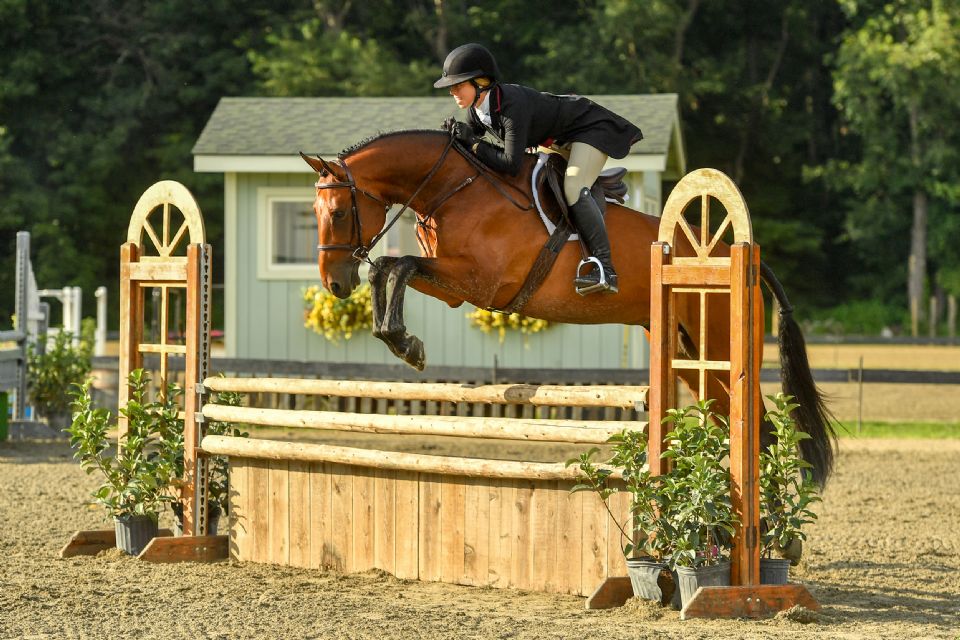 Jean Sheptoff of Littleton, MA, rode Verdict to the win in the $15,000 NEHJA Hunter Derby, presented by Land Rover Experience, on Thursday, August 8, during the final week of competition at the six-week Vermont Summer Festival in East Dorset, VT.
Photo by Andrew Ryback Photography 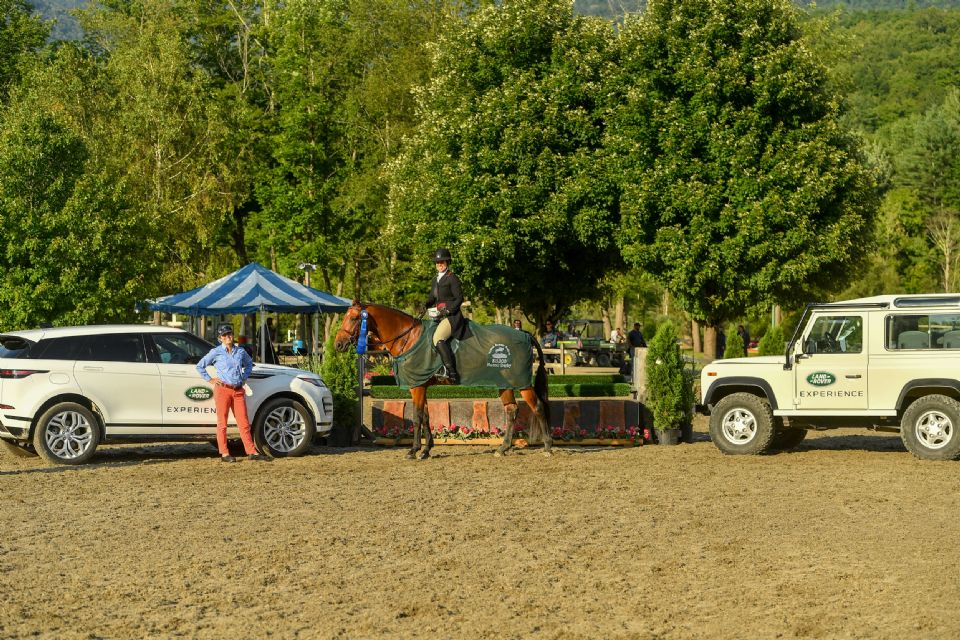 Jean Sheptoff of Littleton, MA, rode Verdict to the win in the $15,000 NEHJA Hunter Derby, presented by Land Rover Experience, on Thursday, August 8, during the final week of competition at the six-week Vermont Summer Festival, which continues through August 11 at Harold Beebe Farm in East Dorset, VT.

Twenty-two entries contested the first-round derby course set across two competition rings by course designer Gerry Briggs of Smyrna, TN, with the top 12 horses from the opening round returning in reverse order of their standings for a handy round.

Following the conclusion of the first round, Sheptoff and her own Verdict sat in second place with a score of 90. A well-executed handy round then earned the pair a score of 88 for a 178-total score. That overall score moved them to the top of the leaderboard, with only the first-round leaders, Megan Young and Red C left to return.

Young, of Jacksonville, FL, and Red C, owned by Terrapin Hill Farm, LLC, came into the second round only one point ahead of Sheptoff with a 91, and they kept things extremely close right down to the end, ultimately earning a second-round score of 86.5 for a 177.5 total and a second-place finish just half a point behind Sheptoff.

“This was such a fun class to do,” said Sheptoff, who was also presented with the High Point Amateur Award as the highest-placing amateur in the derby. “It was really a fun track to ride. It was nice because there were a lot of options that you could show your horse off. In the handy, [Verdict’s] talents really come out. He just turns easily, and he’s super brave.”

While Verdict has proven quite adept at handy rounds and derby classes, Thursday marked only Sheptoff’s second time competing the eight-year-old bay Zangersheide gelding in a derby, electing instead to focus on another area where Verdict thrives: in the Amateur-Owner Hunter divisions.

“This is my second year showing Verdict; he’s actually a First Year horse, but I don’t do that division with him because he’s just so perfect,” said Sheptoff, who co-owns and manages Newbury Farm in Littleton, MA, alongside her husband, professional rider and trainer Cory Hardy. “I’ve only done one other derby with him, just because I try to save his jumps. He did the [Amateur-Owner Hunters] 3'3" last year and the 3'6" this year. He’s just perfect. He’s a pleasure every day.”

Chrystyna Young of Land Rover Experience presented Sheptoff with the winning honors, while Young received the second-place award, and Lia Chafee of Boston, MA, rounded out the top three with an overall score of 173 riding Heffner, owned by Cynthia Leduc. Fourth place and the High Point Junior Award went to Jackie Macdonald of Stowe, VT, who rode Chalk Hill, owned by Jennifer Macdonald, to a total score of 170. The fifth-place award was presented to Oakley Clark of New Haven, VT, who rode Ballinaboola Guy, owned by John Bourgoin, to a total score of 158.5.

Competition at the 2019 Vermont Summer Festival continues through Sunday, beginning each day at 8 a.m. Admission is $5 for adults and children on Friday. On Saturday and Sunday, admission is $10 for adults and $5 for children with 100 percent of all gate proceeds benefiting Dorset Equine Rescue, The Dorset School, and Manchester Community Library.