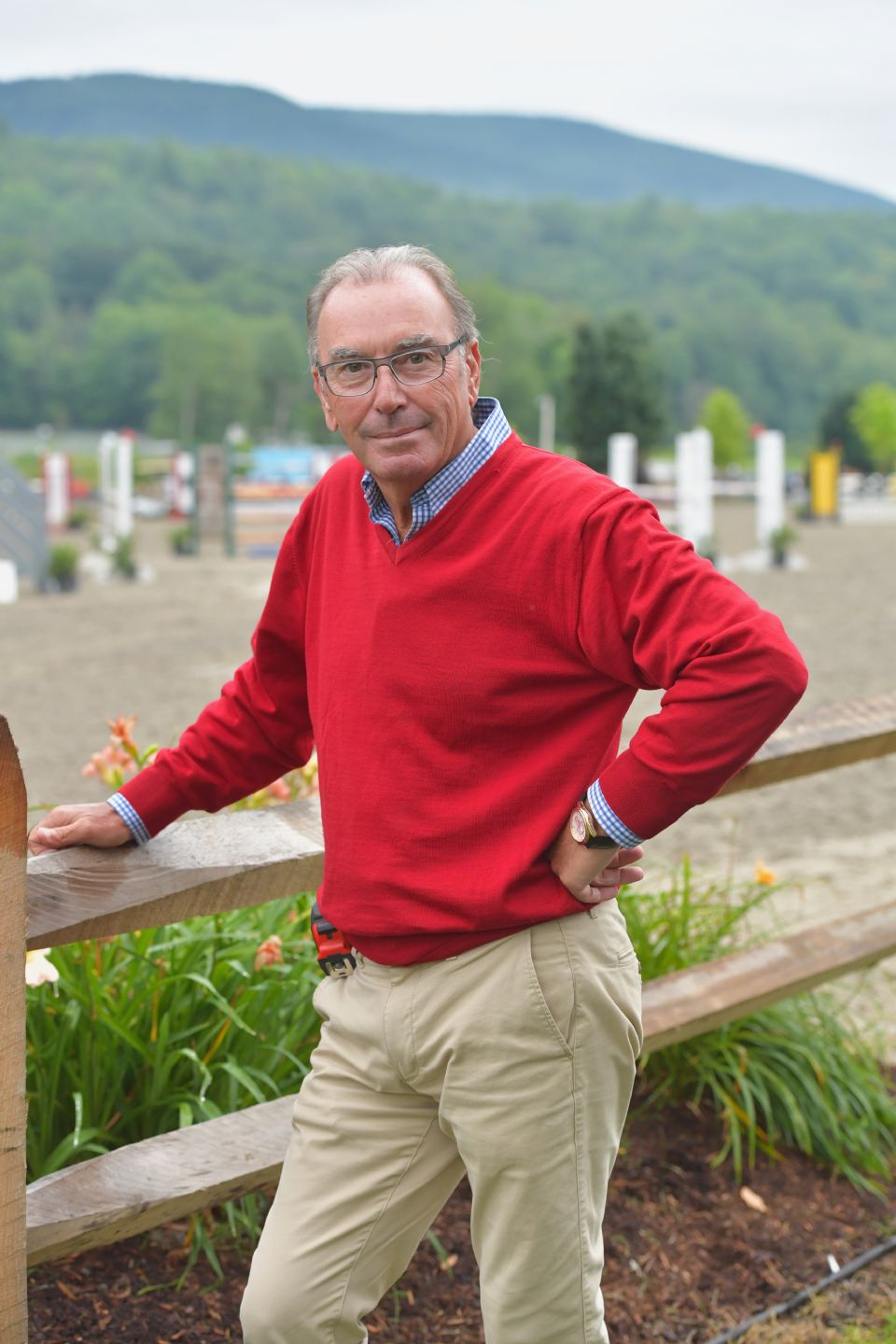 Canada's Michel Vaillancourt is among the world-renowned course designers who will be featured at the 2018 Vermont Summer Festival held July 3 through August 12 in East Dorset, VT.
Photo by Andrew Ryback Photography

A group of the world's top course designers have been invited to set the tracks at the 25th annual Vermont Summer Festival, running for six weeks from July 3 through August 12, 2018, at Harold Beebe Farm in East Dorset, VT.

Jewell will design during week one to open the 2018 Vermont Summer Festival followed by Wade, who has the prestigious appointment of course designer for the 2018 World Equestrian Games (WEG) in Tryon, NC, in September.  Esparza, who was part of the course building team at the 2016 Olympic Games in Rio de Janeiro, Brazil, will take over course designing duties during week three before Vaillancourt, the 1976 Olympic individual silver medalist, sets the tracks during week four. Krome will return during week five before Briggs closes out the circuit by serving as course designer during the sixth and final week of competition, which features the $50,000 Grand Prix on Saturday, August 11.

Originally from Saint-Félix-de-Valois, QC, Vaillancourt, is a familiar face at the Vermont Summer Festival after headlining an impressive roster of international course designers for more than ten years.

"I come to Vermont every year and, before I leave, I have confirmed my dates for the following season," said Vaillancourt, who celebrates his birthday at the Vermont Summer Festival on July 26th each year.  "I keep accepting the invitation because I really enjoy the venue; the town, the management, the working conditions are all great.  As course designers, we consider a lot of criteria from the level of competition to the management team to accommodations, and these are some of the reasons Vermont is one of my favorite stops on the whole tour."

The Vermont Summer Festival gives Vaillancourt an opportunity to build for a wide range of riders, thanks to an all-inclusive schedule.

"I always say that course designing is not about how good your grand prix was, but how good every class was with just as much attention paid to the detail and value for the child/adult riders as for the grand prix," said Vaillancourt, who has also been appointed as the new course designer for the Hampton Classic Horse Show in Bridgehampton, NY, later in the summer.  "Summer is my busy season, but I still try to make time to enjoy Vermont while I am there.  The town has great restaurants, friendly people, and, of course, I try to find a little time to do some shopping."

Weekly offerings at the Vermont Summer Festival once again include the $10,000 Open Welcome, held each Thursday, and the $30,000 Grand Prix, held the first five Saturdays of the six-week circuit, before the season culminates with the $50,000 Grand Prix on the final weekend.

In addition to building for the pinnacle events of the Vermont Summer Festival, course designers have the opportunity to work with Kruse Cushion Ride (KCR) footing.  The surface was installed during an extensive property and footing upgrade that took place at Harold Beebe Farm in 2015 and was again updated in preparation for the 2018 season.

The Vermont Summer Festival is New England's largest hunter/jumper competition and the richest sporting event based on purse in the state of Vermont with over $750,000 in prize money. The event is also a proud member of the Show Jumping Hall of Fame, the Marshall & Sterling League, and the North American League (NAL).